In his best-selling book, “Last Child in the Woods,” which helped create a global movement, Richard Louv coined the phrase “nature-deficit disorder” to describe what happens to humans when we become disconnected from nature. This disconnect impacts not only our understanding of the natural world and environmental literacy, but also our physical and mental health. He describes the converging urbanization, social and technological trends that in just three decades have moved our children from hours each day spent playing and exploring the outdoors to spending just minutes a day outdoors. Growing scientific evidence supports that one of several serious consequences when children stop going outdoors and being active can be an increase in conditions of obesity and its related health problems. Scientific evidence also supports that attention difficulties, diminished use of the senses, and higher rates of emotional and physical illnesses are due to this disconnection from nature.

The Children in Nature/No Child Left Inside Initiative 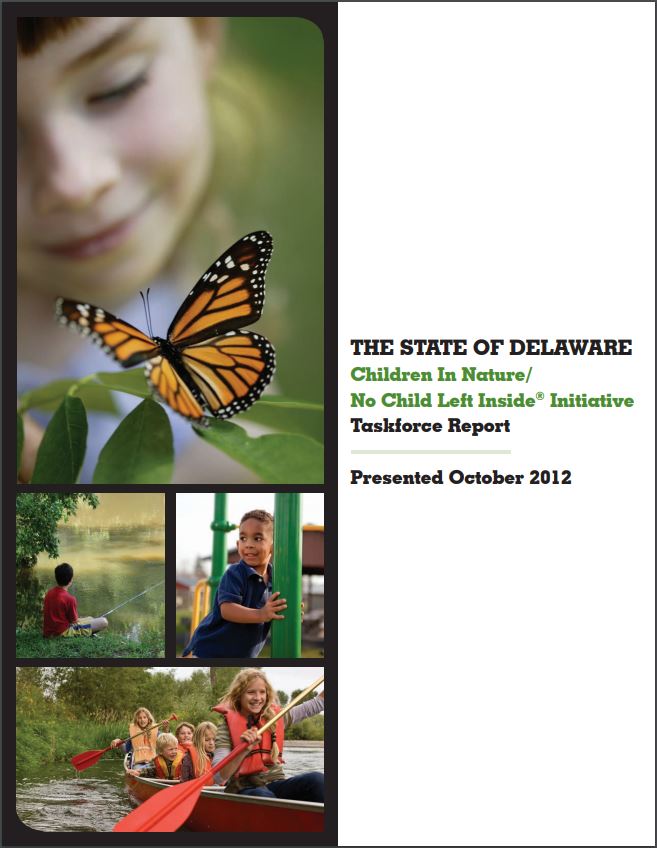 In 2010, then-Governor Jack Markell and 150 other Delaware leaders responded to the challenge to get children outdoors with the Delaware Children in Nature/No Child Left Inside Initiative Taskforce. The taskforce prepared a report in 2012 outlining recommendations and goals for countering these trends in our education, in our recreation, in our communities, and in our health.

The mission of the taskforce and of the Children in Nature Initiative is to encourage environmental literacy, increase opportunities for children to participate in outdoor experiences, promote healthy lifestyles, and support better access to green space. As a coalition of like-minded partners, the Delaware Children in Nature Coalition was established to support that mission. 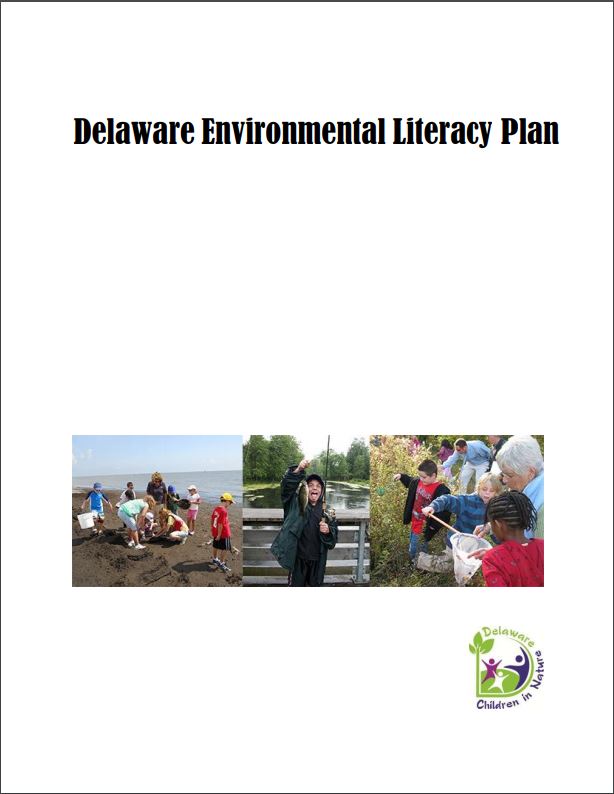