Climate change looks different depending on where you are in the world. In Delaware, climate change primarily takes the form of sea level rise, increasing temperatures and more frequent intense storms, including heavy precipitation and flooding.

While the earth’s climate has changed naturally throughout its history due to various influences, modern research has shown that the climate is changing more rapidly than it has in the past — and it is extremely likely that human activities are the major driver of that change.

What Do We Know About Climate Change and Delaware?

The impacts from each of these threatens the state’s industries, infrastructure, natural resources and health of residents.

The Mid-Atlantic region lies within a sea level rise “hotspot” where sea levels could rise faster and higher than elsewhere due to a combination of rising seas and sinking land. 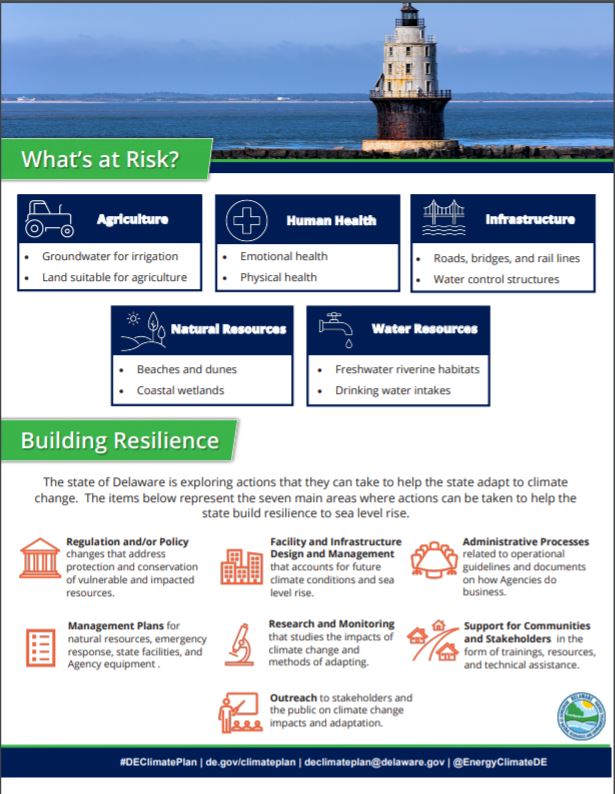 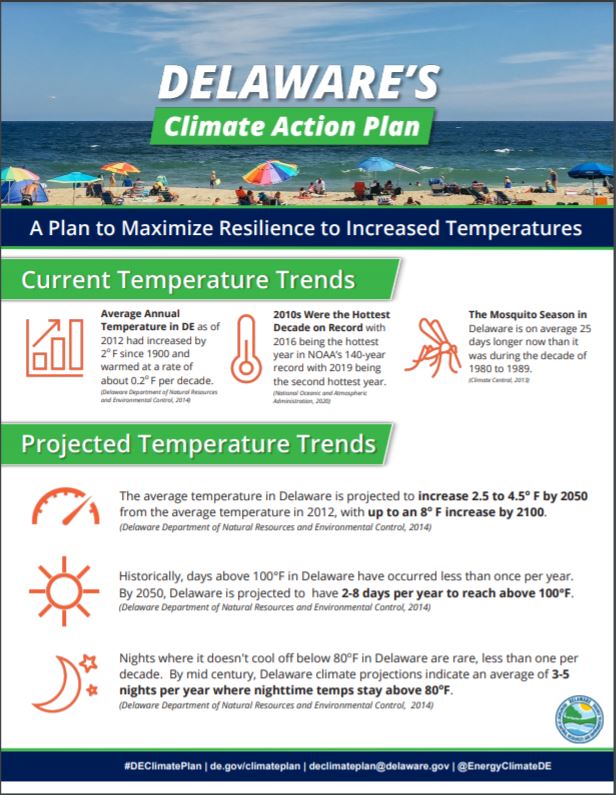 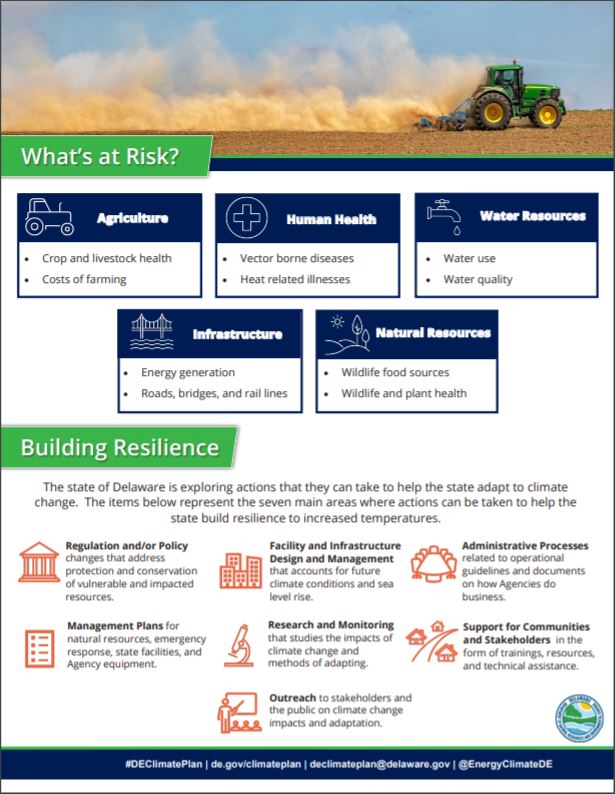 Precipitation in Delaware over the last century has averaged 45 inches per year. That is expected to increase about 10 percent by 2100. The number of very wet days, 2 inches or more of rainfall in 24 hours, is also projected to increase. Additionally, an increase in the frequency and intensity of heavy precipitation events is projected over the next century. 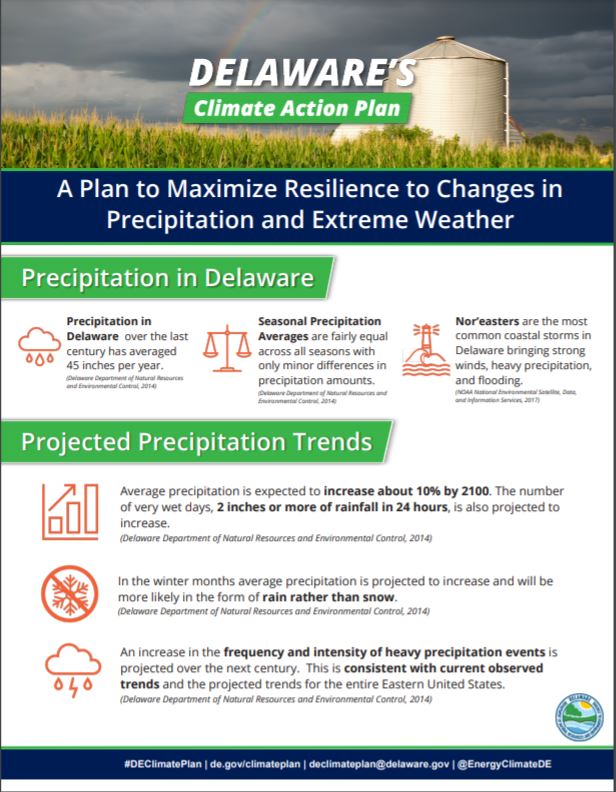 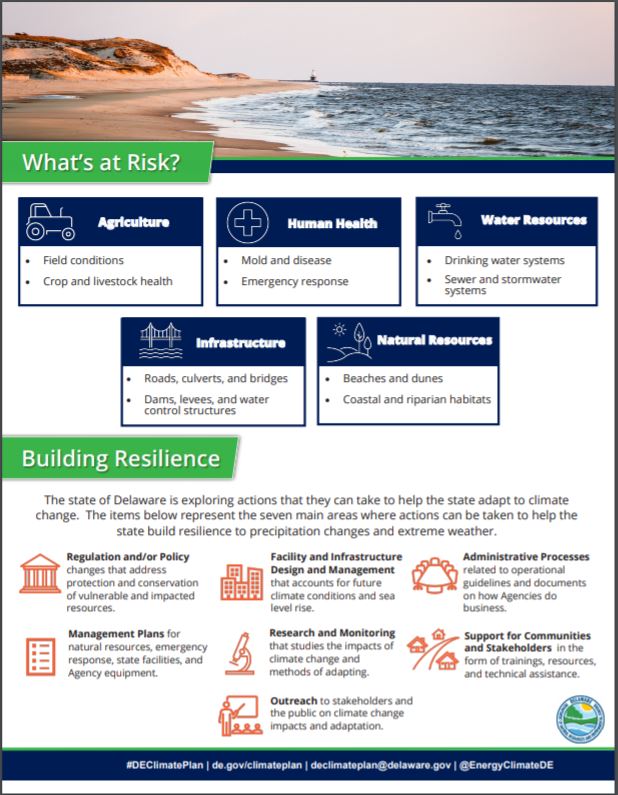 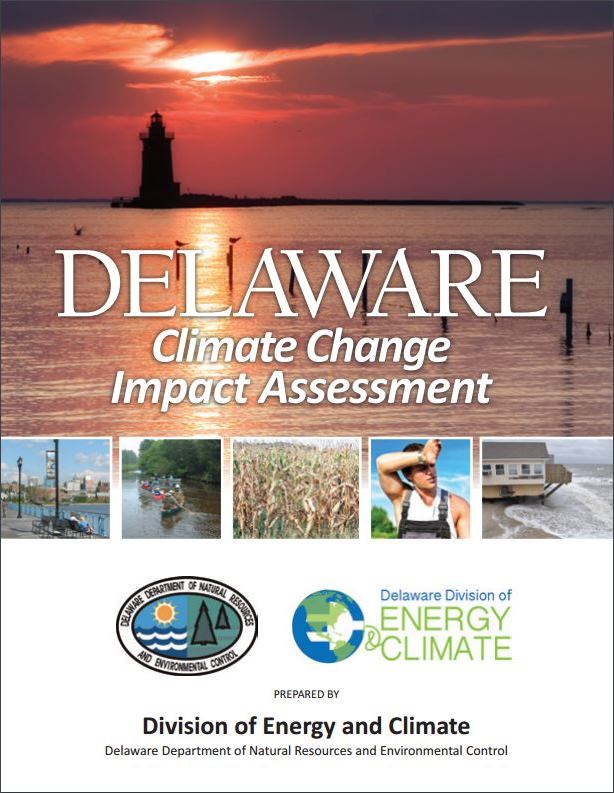 The Delaware Climate Change Impact Assessment breaks down past and projected future climate trends in Delaware, and what these trends mean for Delaware’s public health, water resources, agriculture, infrastructure and ecosystems. Read the full report or a 12-page summary. 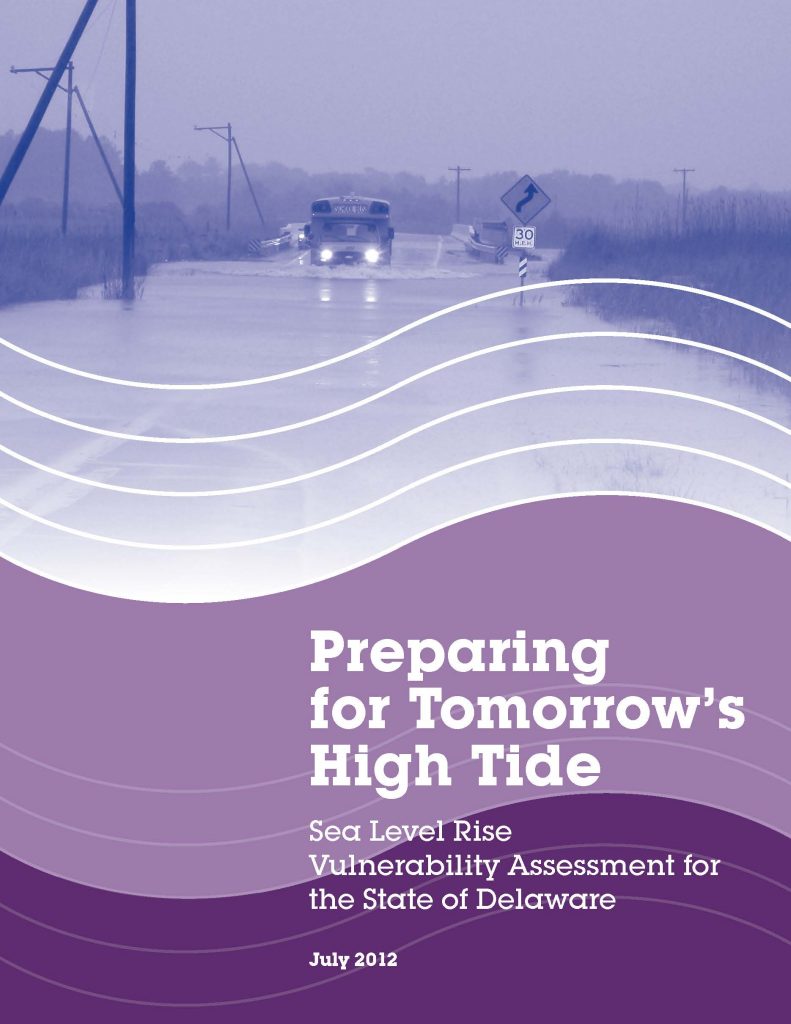 The Delaware Sea Level Rise Vulnerability Assessment takes a deep dive into the impacts that sea level rise has on the state. The assessment includes details on: 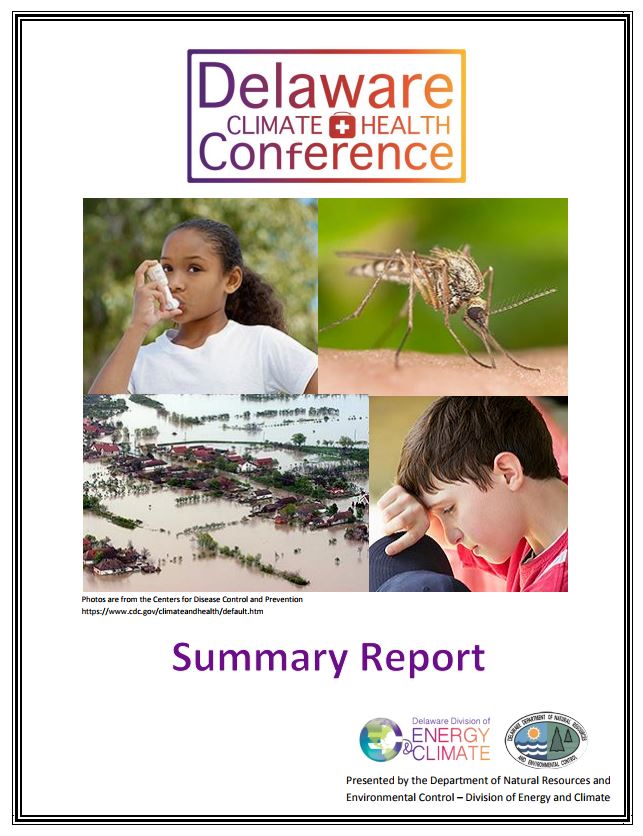 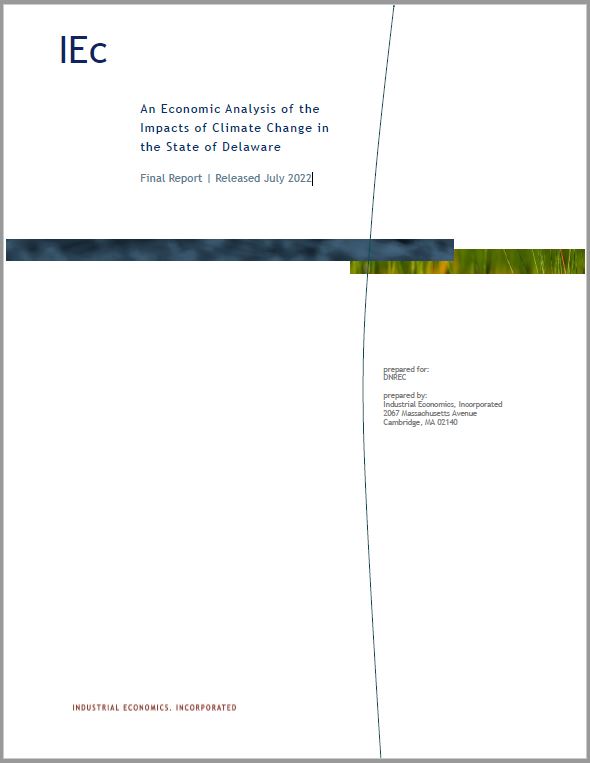 The Economic Analysis of the Impacts of Climate Change in the State of Delaware is an additional tool to assist state agencies in completing cost/benefit analysis of proposed climate change adaptation actions.

Providing assistance to state agencies as they plan for the impacts of climate change is a key strategy in the Climate Action Plan, and this analysis will assist state agencies toward that end.

This report is not a comprehensive analysis of all possible climate impacts. The impacts chosen were derived from the 2014 Delaware Climate Impact Assessment and the 2013 Sea Level Rise Vulnerability Assessment. In total, 26 impact categories across 5 sectors were analyzed, including Natural Resources (DNREC), Human Health (DHSS), Transportation (DelDOT), Agriculture (DDA) and Human Safety (DSHS).

For the Economic Analysis of the Impacts of Climate Change in the State of Delaware report, DNREC contracted with Industrial Economics, Incorporated, (IEc) to examine the economic impacts that climate change is projected to have on Delaware.