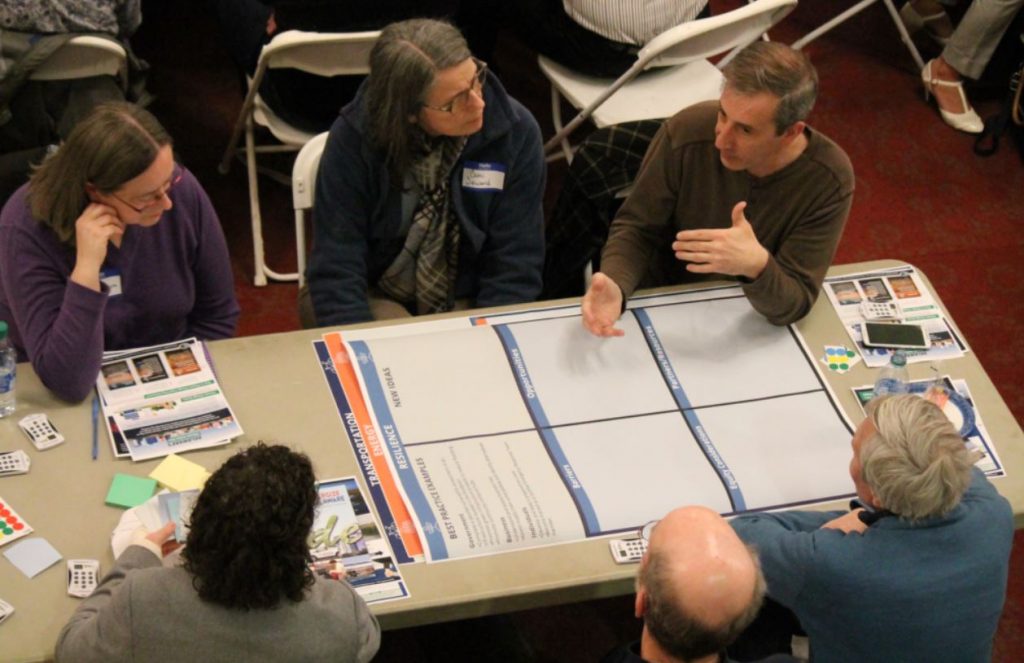 In addition to public workshops held in the spring and fall of 2020, online surveys and comment forms soliciting public input, DNREC sought insight from Delaware-based technical stakeholders in the buildings, electric power, industrial transportation and waste sectors — along with staff from 10 state agencies — on potential actions to minimize greenhouse gas emissions and maximize resilience to climate change impacts.

Input received from all these engagement activities has helped inform Delaware’s Climate Action Plan. Summaries of these activities, and the input received, are included below.

Residents, businesses and organizations submitted more than 50 written comments and questions on the plan.

The state hosted an initial round of public workshops and technical advisory workshops on Delaware’s Climate Action Plan in early March 2020.

Public workshops were held in each of the three counties:

The state hosted a series of virtual public workshops between September 15 and October 1 to solicit feedback on specific actions Delaware can take to address climate change.

The other workshops considered actions the state can take to maximize Delaware’s resilience to climate change impacts, including workshops on sea level rise (September 24), increased temperatures (September 29) and heavy precipitation and flooding (October 1).

Questions from workshop participants are answered here by staff and technical experts from DNREC and other state agencies.

Workshops 2, 3 and 4 Questions and Answers

Questions and answers from the workshops are integrated into the summary reports from the fall virtual public workshops.