The City of New Castle, like other low-lying Delaware communities, is vulnerable to natural hazards from multiple sources. New Castle is particularly at risk due to its location along the Delaware River, which makes it susceptible to upstream flooding, downstream tidal surge, and combinations of the two. 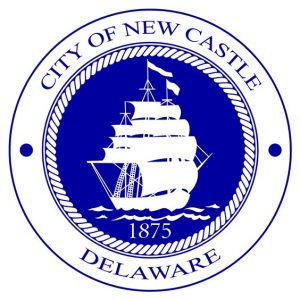 A significant portion of the City is in the coastal floodplain and within an area that is predicted to be impacted by sea level rise. There are four earthen dikes within and near the City (Buttonwood Dike, Broad Dike, Gambacorta Marsh Dike, and Army Creek Dike), which were first built in the late 1600s by the original City founders. Though maintenance (vegetation removal, placement of rip-rap, leveling, etc.) was recently completed at each dike, their tops are at approximate elevation of 8.5 feet, which is below the 100-year flood elevation, and well below future elevations given considerations of future sea level rise scenarios.

The City also has tide gates and extensive marshes that need to be considered in its flood mitigation strategy. The threat of dike failure or overtopping continues with the added recognition that coastal storms are becoming more frequent and more intense. The City also recognizes that climate change and sea level rise is expanding high tide inundation areas and increasing nuisance flooding.

Starting in the spring of 2017, the Delaware Department of Natural Resources and Environmental Control’s Delaware Coastal Programs (DCP) office began working with the City to carry out a comprehensive assessment of risks to the community from coastal storms, sea level rise and extreme tides.

This assessment was performed by AECOM, and it informs the City’s development of adaptation and mitigation measures to enhance the City’s resiliency, or ability to withstand and bounce back from natural hazards.

Public participation has been extremely important to this effort. Through public engagement in several workshops and taskforce meetings residents and stakeholders have had the opportunity to contribute input and brainstorm strategies for addressing these risks. The work in this partnership is also promoted through information sharing across the state and region so that other municipalities and communities may benefit. 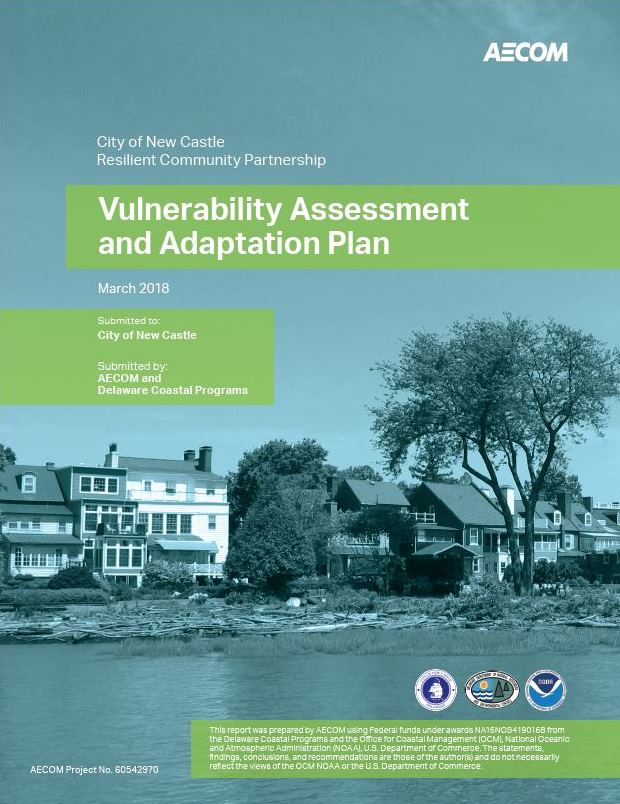 The project team analyzed the future flood potential for the City to determine where the community might be most vulnerable. The team assessed the sensitivity of critical structures and created a Vulnerability Assessment and Adaptation Plan that includes recommendations for actions the city can take in the near term and over time to reduce its vulnerability.

Near-Term Sequential actions include information gathering tasks that could be initiated in the near future without need for any predecessor tasks and would be needed before subsequent actions or activities are undertaken.

Mid-Term Sequential actions include modelling efforts that would build upon the obtained information and data on the City.

Long-Term Sequential actions include capital infrastructure, capital natural resources, and acquisitions, which are the culmination of predecessor actions or activities.

The City and Coastal Programs held a pair workshops (September 7, 2017 and March 14, 2018) to gather public input and share with the public the results of the project.

The City has established a Preparedness Task Force whose focus will continue to be on increasing flood preparedness and resiliency the City and to carry forward implementation of the Vulnerability and Adaptation Plan. This group of City residents and stakeholders served as an important resource for understanding how hazards might impact communities, vetted the findings of the vulnerability assessment, assisted with public workshops, and provided guidance on the development and prioritization of adaptation options.