Phragmites has been present in Delaware’s marshes for a long time. In fact, research shows that Phragmites (Phragmites australis) has been a part of the wetland ecosystem of North America for over 11,000 years. However, in the 1950s, Phragmites was identified as problematic in North American wetlands as a non-native European hybrid began to wreak havoc on coastal marshes. 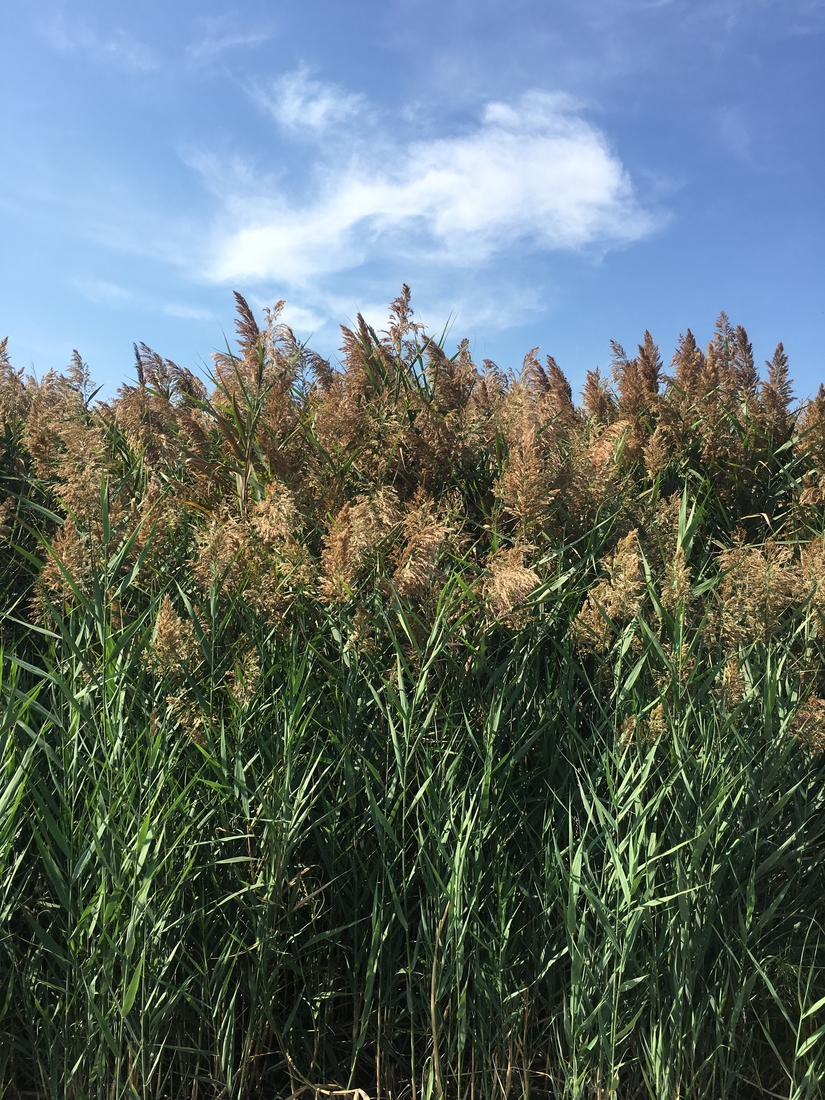 There is often a size difference between the native and non-native Phragmites plants. The non-native plants tend to be taller and grow more densely.

Phragmites is a member of the grass family and spreads through underground rhizomes (roots) that can extend down as much as three feet and out more than 30 feet. This enables non-native Phragmites to spread more quickly than the native vegetation and form a complete monoculture. Because of this, Phragmites cannot be controlled by mowing or burning alone – the rhizomes allow new shoots to quickly re-establish.

The Division of Fish and Wildlife, in partnership with the U.S. Department of Agriculture’s Natural Resources Conservation Service (NRCS) offers a program that helps landowners afford the cost of Phragmites control, called the Delaware Phragmites Control Cost-Share Program.

To date, more than 90 public and private landowners have benefited from the program. Landowners can enroll as little as five and as many as 200 acres. Herbicide is applied by helicopter in the fall for three consecutive years.