Chronic Wasting Disease (CWD) is a disease of the brain and nervous system in members of the family Cervidae (deer, elk, or moose). It has not been found in Delaware, but has in 26 other states and four Canadian provinces. State wildlife officials are taking steps to avoid its spread into Delaware.

Any person who imports a deer carcass, or its parts (antlers, meat, hide, etc.), that was tested for Chronic Wasting Disease (CWD) by another state and is notified that the animal has tested positive for CWD must report the test results to the DNREC Division of Fish and Wildlife within 72 hours of receiving the notification.

Chronic Wasting Disease is a transmissible spongiform encephalopathy (TSE) disease. It is like scrapie in sheep, mad cow disease in cattle, and Creutzfeldt-Jakob (CJD) disease in humans.

There is no evidence that humans can contract CWD from eating venison. But wildlife officials err on the side of caution when dealing with the disease and public safety.

The DNREC Division of Fish and Wildlife began sampling random hunter-harvested deer for CWD in 2003. Since then, in more than 9,340 tests, CWD has not been found.

The Division checks 200 random samples each year in each county. There is a 99 percent probability of detecting the disease if it is present in more than 1 percent of the deer population.

Along with random sampling of harvested deer, the Division monitors any sick animals that exhibit symptoms associated with CWD. And any illegally imported live cervid (exotic or native) is euthanized and tested. 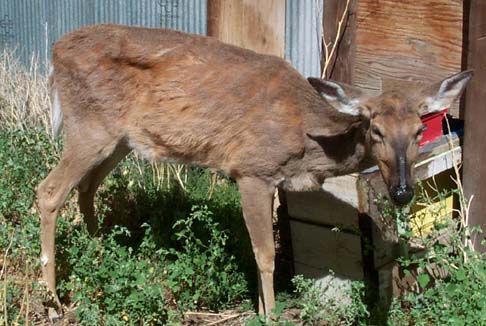 Ongoing research will provide further insight into the wildlife and human health implications of CWD. Meanwhile, Delaware maintains a policy of vigilance, ensuring local deer populations are well monitored with plans in place to contain the disease.

The causes of TSE diseases are believed to be abnormal, proteinaceous, infectious particles called Prions. Prions are closely related to cell proteins typically produced in central nervous system and other body tissues.

However, prions are abnormal cell proteins and cannot be broken down by the body’s enzyme system. Prions collect in nerve tissue, cause the death of nerve cells and result in loss of normal neurological function. Damage to the brain’s nervous system tissue causes spaces visible under microscopic examination.

Chronic Wasting Disease is believed to spread either by direct contact between animals or indirectly through the environment. The long incubation period is no less than 15 months.

Clinical signs only appear as the animal approaches death. These include emaciated appearance, excessive thirst and urination, drooling, lack of coordination, and abnormal behavior. Such behavior includes holding the head and ears in a lowered position, remaining in an area with water sources, repetitive walking and standing with a widened stance.

Avoiding the Spread of CWD

It is illegal in Delaware to import or possess any part of a carcass of a member of the family Cervidae (deer, elk, or moose) from a state or Canadian province where CWD has been found. This applies to CWD found in free-ranging or captive deer or other Cervidae species.

However, Delaware does allow the following low-risk deer, elk, and moose parts to be imported into the state:

Maryland, Pennsylvania, Virginia, and West Virginia have confirmed the presence of CWD. However, through agency cooperation in the region, only the specific counties within a neighboring state’s disease management zone are subject to the import restrictions.

Harvested deer from the counties listed below are subject to the same import restrictions listed above. If the county of harvest is not listed below, hunters may bring a harvested carcass back to Delaware.

Chronic Wasting Disease is documented in the following counties in neighboring states, and are subject to the import restrictions: 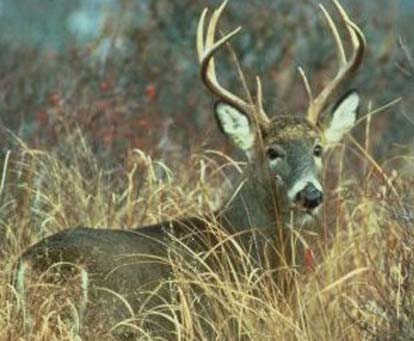 Follow common-sense precautions for the safe handling, field-dressing and home processing of venison.

If you hunt deer, elk, moose or other cervids in other states or Canadian provinces, particularly those in which CWD has been detected, check with the local fish and wildlife agencies for special regulations or specific advice for hunters.