It’s not just humans who can be affected by ticks. Tick-caused diseases and related problems also affect many wildlife species and domestic animals.

Dogs are susceptible to both Lyme disease and anaplasmosis, caused by bacteria carried by the blacklegged tick (Ixodes scapularis).

Clinical signs for both illnesses in dogs include fever, lethargy, and lameness, ranging from mild to severe (i.e., dogs that cannot stand up). Both are treatable with antibiotics and there is no evidence of long-term impacts of infection.

A rare and serious complication of Lyme disease infection in dogs is Lyme nephritis, a kidney disease. Signs include increased thirst and urination.

Talk to your veterinarian about tick prevention products for your dog.

While cats can test positive for the bacteria that cause Lyme disease and anaplasmosis, they don’t usually show any symptoms.

This illness has not yet been reported in Delaware but has been spreading in the mid-Atlantic region. Clinical signs include anemia and jaundice.

The best way to protect cats from ticks is to keep them indoors all the time. If your cat goes outdoors, talk to your veterinarian about tick prevention options.

Note that products labeled for dogs may not be safe for cats. 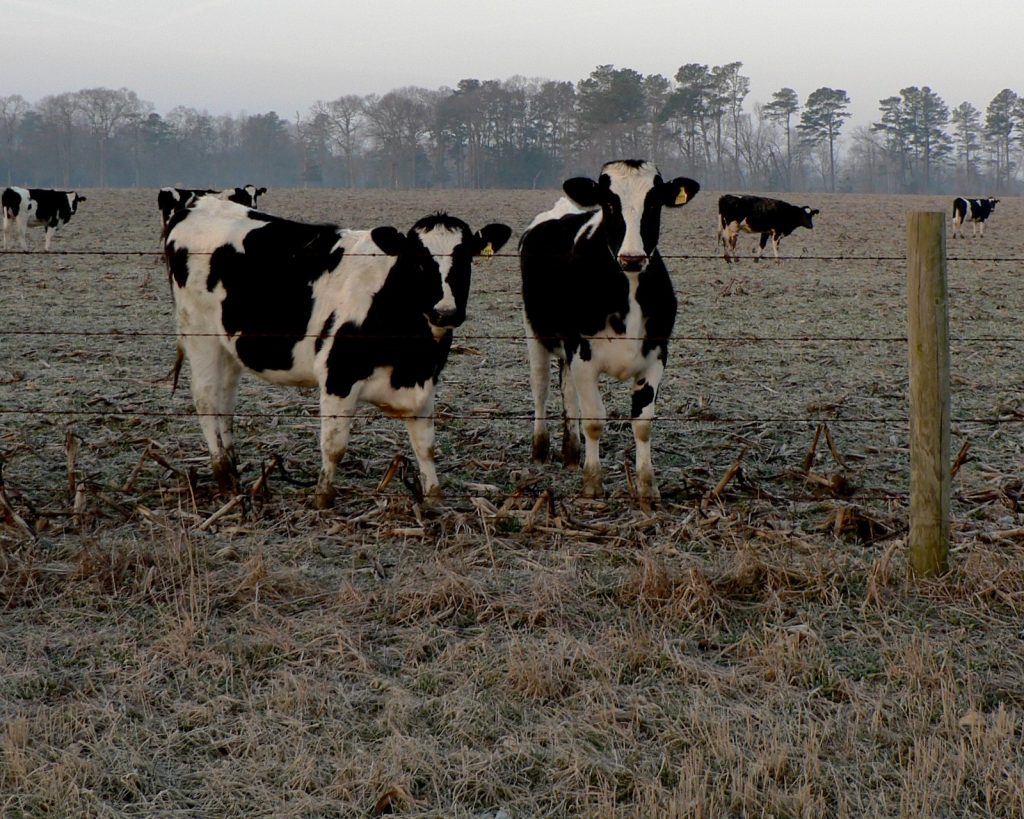 Cattle are susceptible to bovine anaplasmosis, caused by the parasites Anaplasma centrale and Anaplasma marginale. Ticks such as the winter tick (Dermacentor albipictus) and American dog tick (Dermacentor variabilis) can transmit these parasites to cattle. Clinical signs include weakness, anemia, and jaundice, especially in older animals.

Cattle in Virginia and West Virginia have recently tested positive for Theileria orientalis, a parasite carried by the Asian longhorned tick that causes anemia and jaundice. 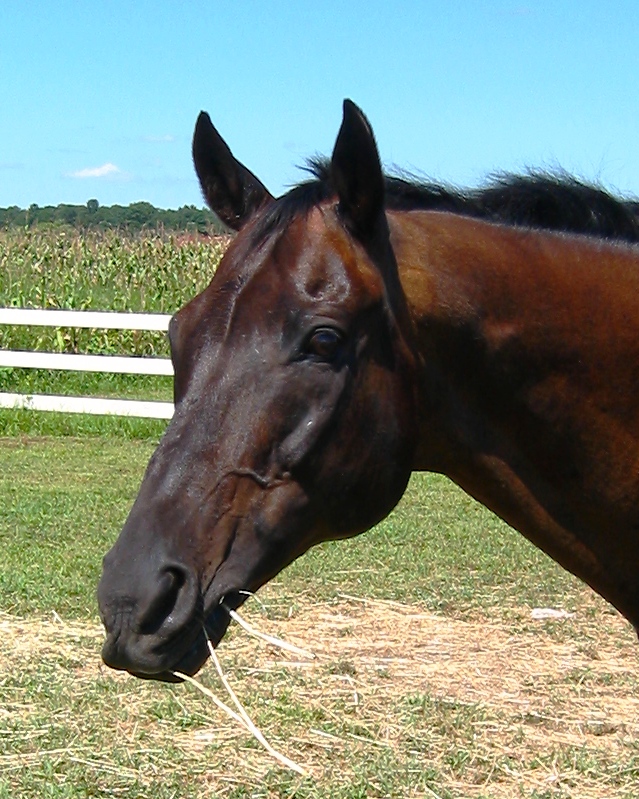 Horses are susceptible to Lyme disease and anaplasmosis, illnesses caused by infection with bacteria carried by the blacklegged tick (Ixodes scapularis).

Complications from Lyme disease infection in horses include uveitis (inflammation of the eye, marked by discharge and cloudy fluid) and neurological effects that may include behavioral changes.

Diagnosis and treatment of equine Lyme disease is challenging.

Clinical signs of anaplasmosis in horses include lethargy, fever, lack of appetite, jaundice, and swollen limbs.

While deer are not susceptible to Lyme disease, they are susceptible to anemia/blood loss and related issues resulting from high infestation rates with ticks. 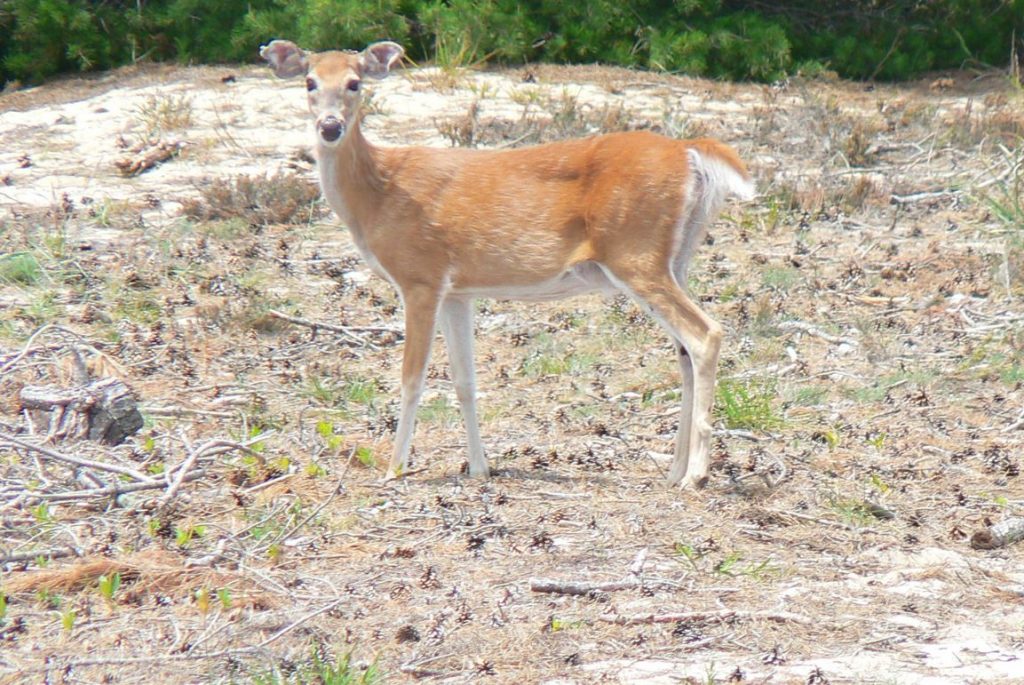 Most deer can efficiently groom themselves and remove ticks before they reach dangerous density levels on the body, but fawns are especially sensitive to tick infestation due to their smaller size.

Warmer winters in recent years in northern New England due to climate change have allowed winter ticks (Dermacentor albipictus) to better survive over winter, much to the detriment of moose, which aren’t as adept as deer at grooming themselves for ticks.

Prolonged massive, sometimes fatal infestations of these ticks on moose, particularly on calves in the spring, have significantly reduced moose populations in New Hampshire and Maine. 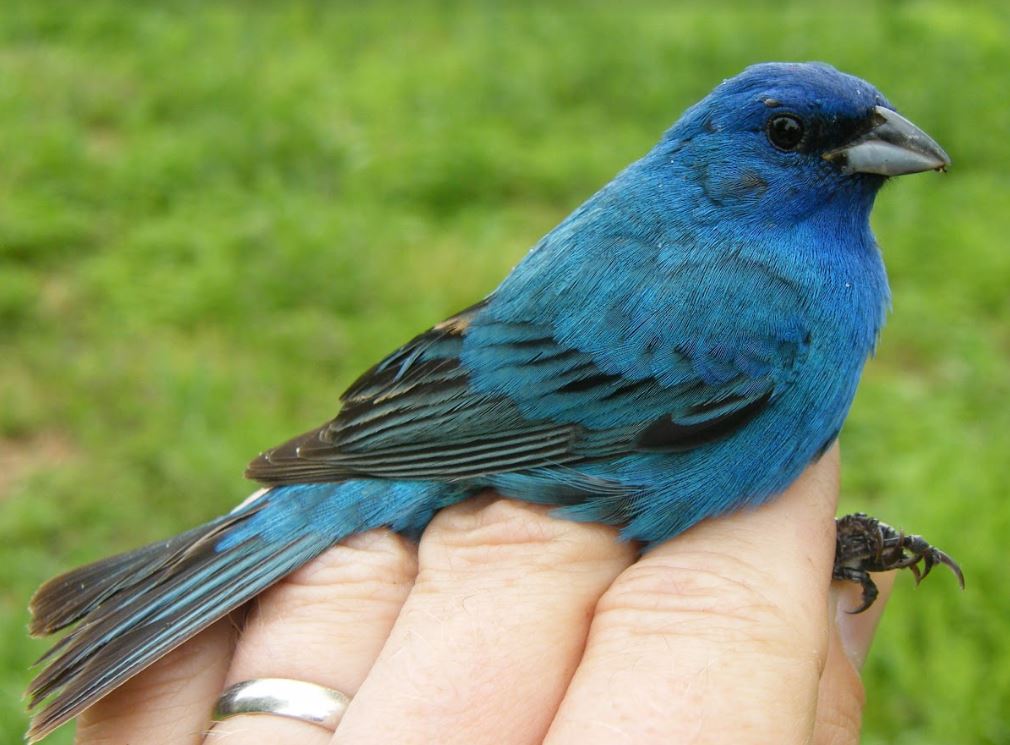 Tick paralysis can ultimately be fatal for birds; it can cause nerve damage and respiratory failure.

Ticks feeding near the eye can reduce eyesight, which can be a contributing factor in bird mortality due to collisions and predation.

While many different tick species can cause these issues, the most significant tick threat for birds is the bird tick Ixodes brunneus.