Hey animal lovers! Find out all about Delaware’s wildlife, from who’s new at the Brandywine Zoo to the other creatures that crawl, swim, walk and fly. 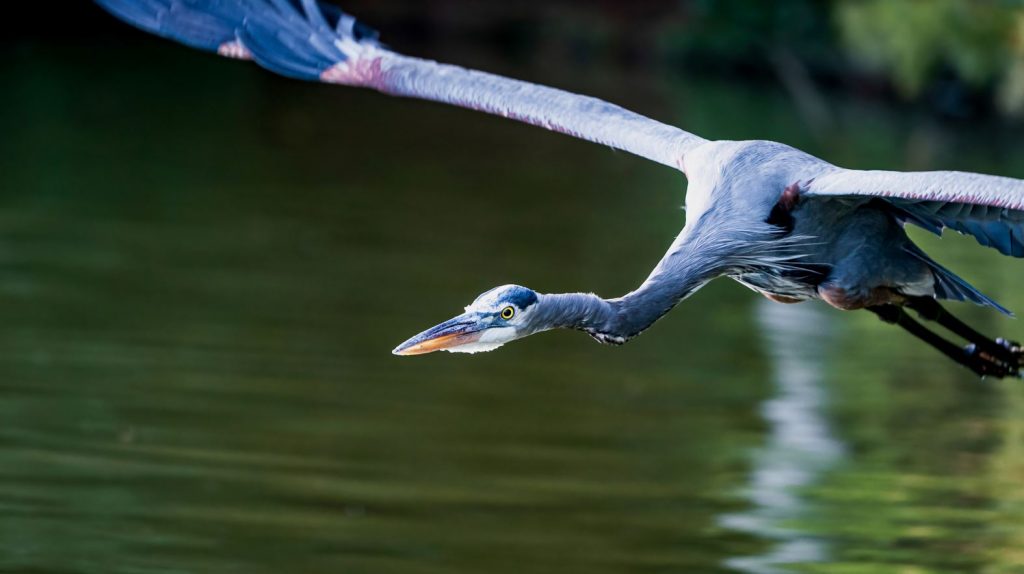 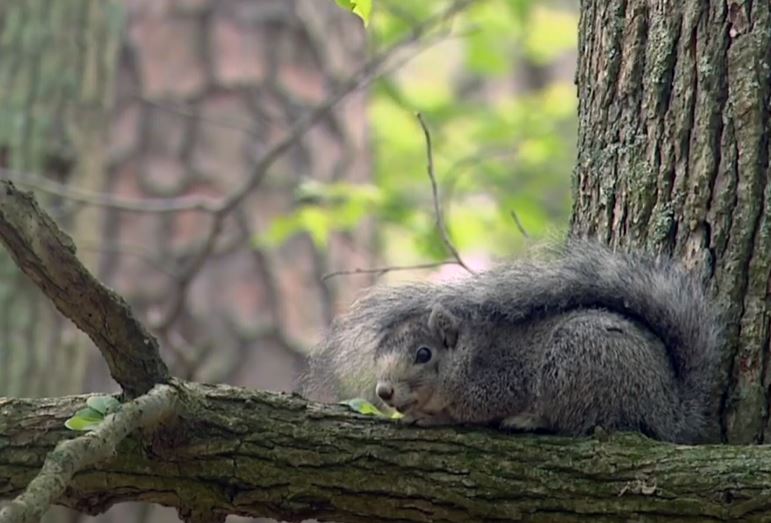 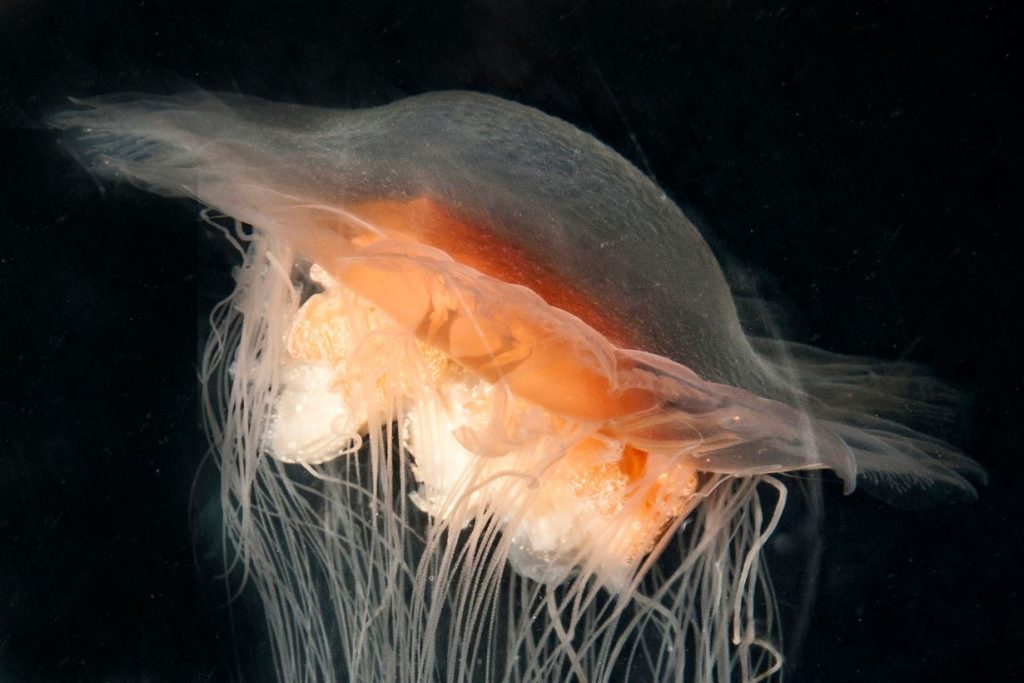 Turkeys Trot Into the Lead - A photo of three turkeys trotting down a misty country road took first prize in the 2022 Delaware Watersheds Photos Contest.
Sharks in Delaware Waters - If you’re swimming in Delaware waters, particularly in the ocean, you’re probably swimming near sharks. But they actually have more to fear from us than the other way around.
Operation Terrapin Rescue – Keeping Turtles Safe - The diamondback terrapins at Port Mahon in Kent County could use a hand during their upcoming nesting season. Learn more about how you can help.
Tick-Tock – The Ticks are Waiting… - By Dr. Ashley Kennedy Last April, returning home after a day of work outdoors, I loosened my hair out of my ponytail and felt a familiar but unwelcome bump on my scalp. Based on the size and location, I immediately guessed what it could be – an adult American dog tick which
Delaware’s Endangered Species: DNREC Keeps Today’s Wildlife from Becoming Tomorrow’s Memory - Delaware’s Endangered Species – there here are 86 animals on Delaware’s endangered species list, including the American kestrel, the northern long-eared bat and the barking tree frog.
Delaware’s Endangered Species: What DNREC’s Doing to Help - The red knot, monarch butterfly and Delmarva fox squirrel are among the nearly 100 animals on Delaware’s endangered species list. Learn more about what DNREC is doing to ensure thriving wildlife diversity in Delaware.
It’s a Big Year at DNERR - Calling all birders – experienced or not – to help the Delaware National Estuarine Research Reserve have a Big Year!
Good Eats from Nature’s Bounty - Looking for something different on your plate? We asked DNREC folks to share their most wildly delicious recipes for harvested game.
Delaware Hunters Against Hunger – A Season for Giving - The Delaware Sportsmen Against Hunger program is once again providing venison to people in need, an annual tradition during the holidays.
Great Blue Heron Steals the Show - A photo of the iconic great blue heron took first prize in the Watersheds Photos Contest, sponsored by the DNREC Division of Watershed Stewardship.
Nature’s Beauty – the Tony Florio Woodland Beach Wildlife Area - Photo Contest Winners! See nature’s beauty at DNREC’s Aquatic Resources Education Center near Smyrna.
Our Not So Secretive Marsh Birds - DNREC scientists are unlocking some of the mysteries of Delaware’s secretive marsh birds. Clapper rails, saltmarsh sparrows and other species are facing many challenges. How are they faring?
Snakes to Watch Out For - There are 19 species of snakes slithering around Delaware. Which ones should you watch out for and what are the best ways to avoid them?
How to Prevent Backyard Mosquitos - zzzzz … slap. Sound familiar? The whine of buzzing mosquitoes followed by swats is a tell-tale sign of summer in Delaware. There's plenty you can do in your backyard to reduce populations of these pests. Our Mosquito Control Section has tips to share, along with the mosquitos to watch out for.
On the Move – Delmarva Fox Squirrels in Delaware - Delmarva fox squirrels are rare in Delaware. Just because you haven’t seen one of these large, silver-gray, fluffy-tailed squirrels doesn’t mean you won’t – especially if you live in Sussex County. Our Division of Fish and Wildlife just moved 15 more into the area, as part of an ongoing translocation program.
Meet the Lemurs (and More!) at The Brandywine Zoo - They have long striped tails, intense eyes and they’re full of antics. Meet the lemurs – and the other animals - at the Brandywine Zoo’s new Madagascar Exhibit.
Mother’s Day in Delaware Wetlands - It’s Mother’s Day and American Wetlands Month. We thought we’d combine the two to bring you one article about some of the moms who raise their young in Delaware’s marsh areas – osprey, spring peepers and muskrats.
Spring – It’s Bird TV - Now is a great time to grab your binoculars to witness the spectacle of the return of our migrant bird species throughout the state. Outdoor Delaware sat down with our staff birders to talk about spring birding and what makes it so special.
K-9s – DNREC’s Natural Resources Police Superpower - They find lost children and suspects, sniff out illegal drugs and perform many other law enforcement tasks. But instead of two legs, they have four. They’re enforcement officers like any other with our Natural Resources Police.
Hanging with the Bats - Many of us are scared of bats. But they’re far more beneficial than harmful – and they’re not out to get us.
Go Herpin’ — Join the Effort to Catalogue Delaware’s Reptiles and Amphibians - You can help us create the first-ever Delaware Amphibian and Reptile Atlas by submitting photos and locations of Delaware’s reptiles and amphibians, or as we call them, “herps.”
Our Own Toliara - Toliara is a radiated tortoise who lives at the Brandywine Zoo. Radiated tortoises are reptiles and considered among the most beautiful in the world. His ancestors emerged on land shortly after dinosaurs became extinct some 65 million years ago.
What About Kestrels? The Brandywine Zoo is Finding Out - The American kestrel is a pint-sized yet ferocious aerial predator notorious for taking out tree swallows or bluebirds in mid-air. About the size of a mourning dove, this raptor is the smallest and most colorful falcon in North America.
Jellyfish to Watch Out For - Are you planning to go for a swim? If so, you may encounter jellyfish because they love warm water. And there are several species of jellies you should keep a watchful eye on as you venture out for a dip.