Our relationship with electric automobiles has run hot and cold over the last 100 years, with gas-powered vehicles always winning in the end. Now people are looking for cleaner alternatives as concerns for the environment increase. 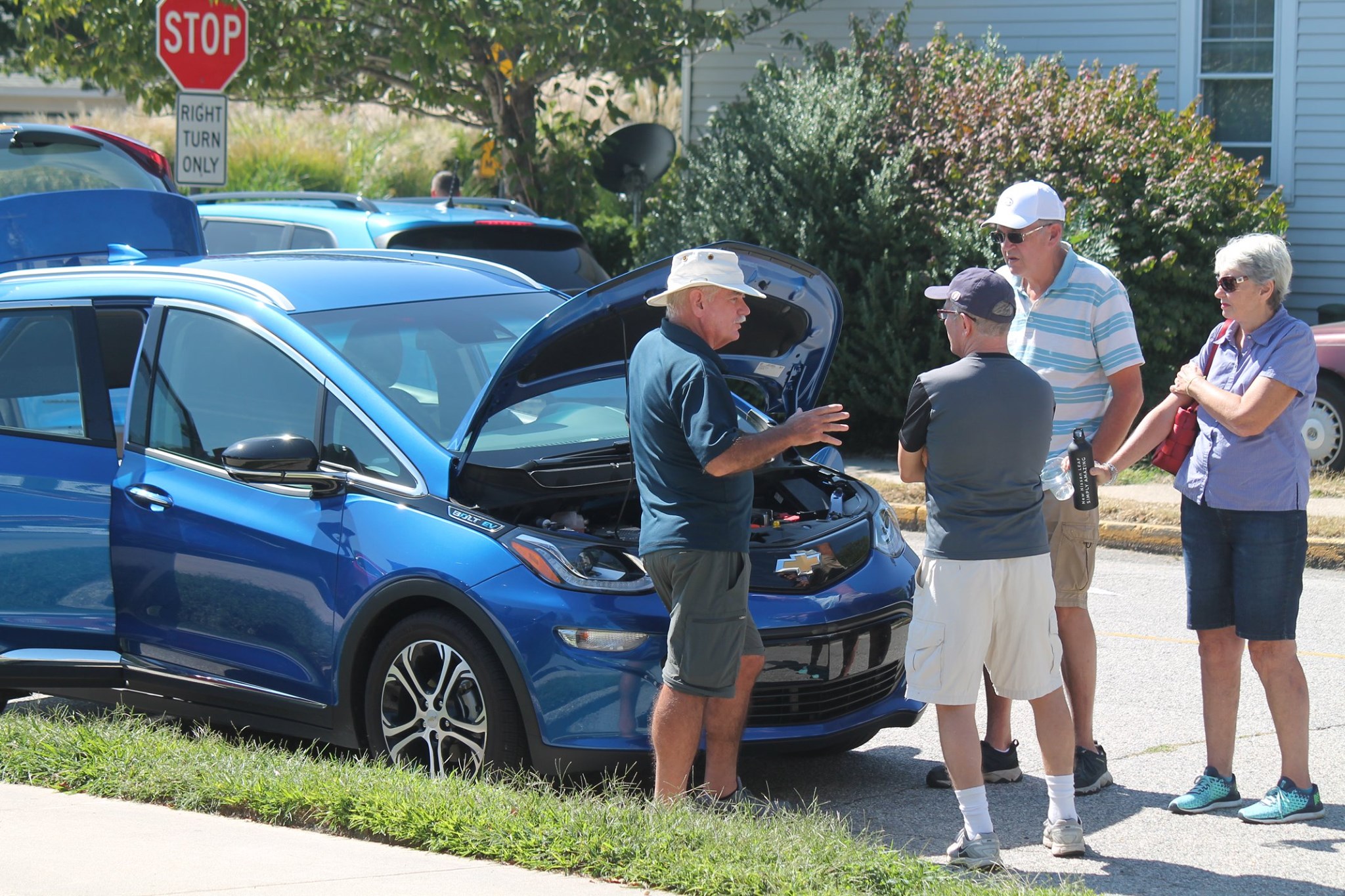 “It’s international,” said Charles Garlow of Rehoboth, who owns an electric-powered Chevy Bolt. “A lot of countries are telling the world they are not going to be selling internal combustion engine cars. Global warming and climate change are driving the change.”

Transportation is a leading cause of harmful greenhouse gas emissions which is a major contributor to climate change. Norway, France, and the United Kingdom are among the nations that have said they will phase out internal combustion engine vehicles in the coming decades.

In 1996, GM came out with the EV1. But a year later, it was Toyota that introduced the world’s first mass-produced hybrid vehicle that ran on gas and electric. With its combination of both electric and gasoline, the Prius boasted a range of 560 miles.

CJ Myers of Magnolia owned a Prius, but sold it when he moved to Oklahoma.

“Driving a Prius in Oklahoma, you stick out,” he said.

He bought a gas-powered truck but when he moved back to Delaware, he bought a Chevy Volt. He said that of the 48,000 miles he put on the vehicle most were using electric power. Only about 3,000 miles were gas-fueled. At the end of 2019, he decided to go all-electric and buy a Tesla.

Many auto manufacturers are making a similar move, abandoning hybrids in favor of all- electric vehicles. That’s mainly because of the expanded range of today’s models as well as the cost savings from not having both gasoline and electric engines. Restrictions by countries on internal combustion engines provide further incentive to go all-electric. 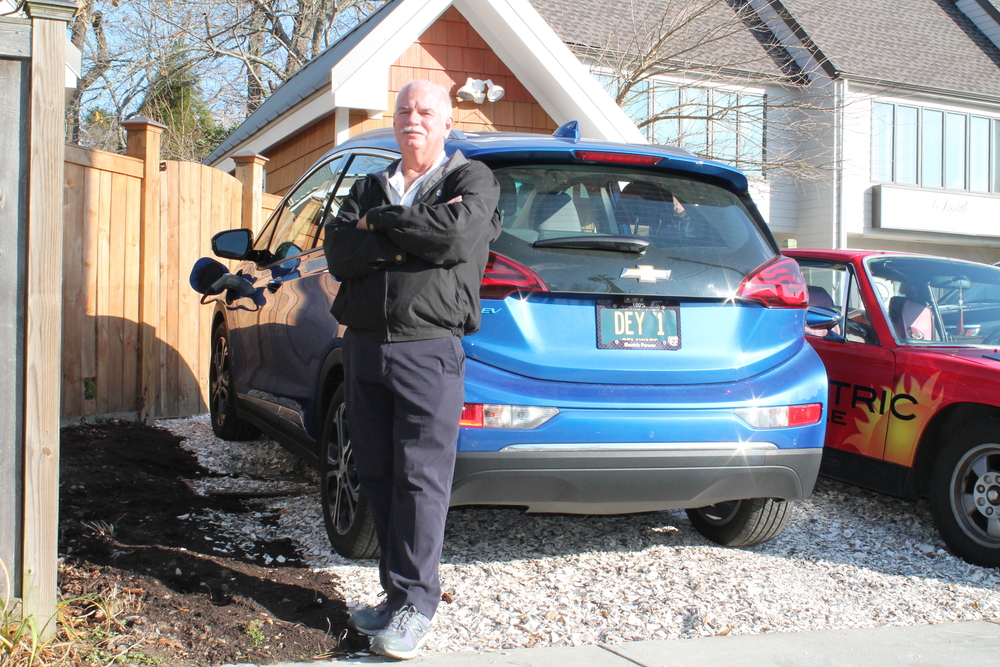 Dean Dey of Lewes got his first electric vehicle in 2013, a Nissan Leaf. In 2017 he traded that in for a Chevy Bolt.

“We’ve always had a philosophy in our house of energy conservation,” he said. Still, he understands people’s reluctance to make the jump to electric vehicles.

“The tradition of having a regular car is hard to break,” he said. “I see a lot of enthusiasm with people when I talk about it, but pulling the trigger is hard.”

Dey said he likes his Bolt because it is easier to drive, quieter, and doesn’t pollute. Plus, he said, the performance matches or beats any gas-powered vehicle.

“The fact is, if it comes down to it, I can beat any car off the line at the intersection,” he said.

The performance is better because electric vehicles have fewer moving parts and when you press the accelerator, power goes immediately to the wheels. Vehicles with internal combustion engines have to route power from the engine, through the transmission and then to the wheels, a process that not only takes time but saps power. But electric vehicles also best their gas counterparts in other ways as well.

“There have been no maintenance costs,” Dey said. “My owner’s manual says that at 7,500 miles you rotate the tires.” 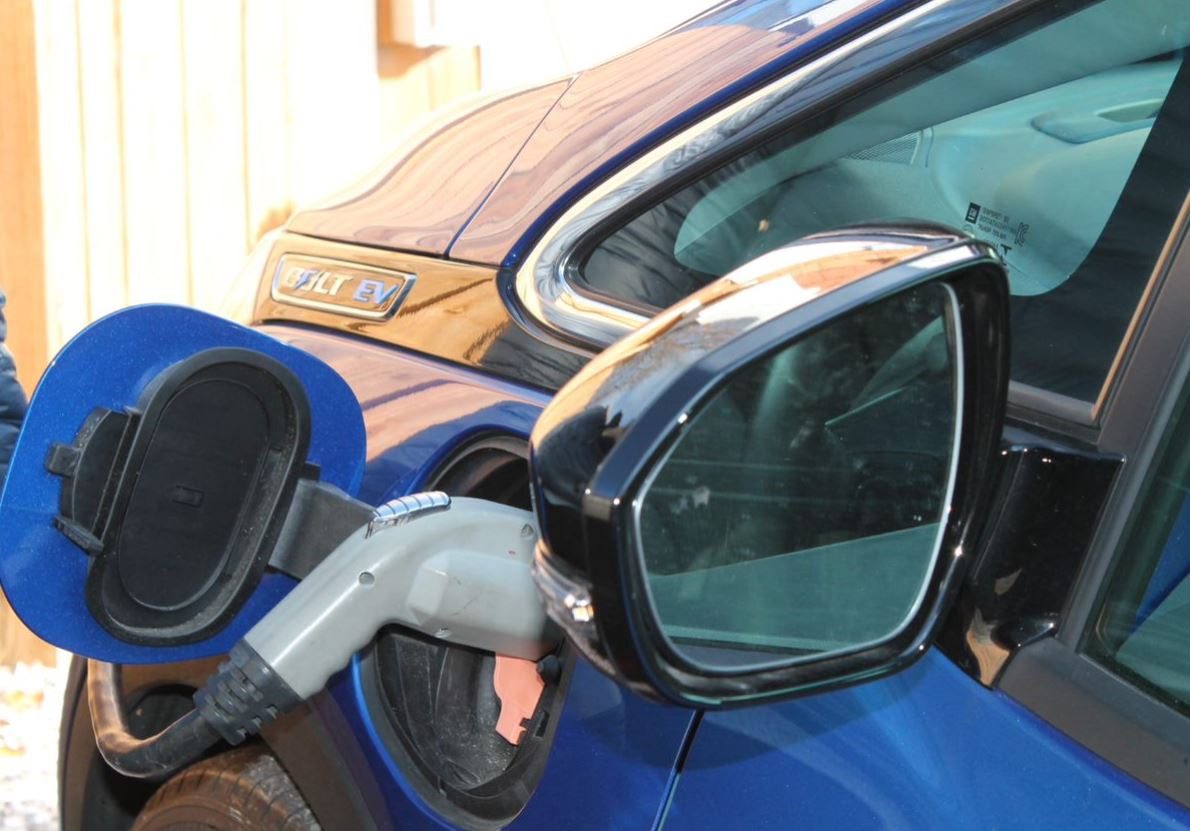 Range is no longer an issue either. While his Leaf had a range of 84 miles on a charge, his Bolt can go 238 miles.

“I drove to Annapolis and when I got home, I still had 80 miles on range,” he said. “I said, ‘I don’t have to worry about this anymore.’”

Increased range, and an increase in the number of charging stations being installed at businesses across the country, mean people have less fear about their vehicle running out of energy.

Dey also said the difference in price was worth it.

“The initial cost was higher, but I don’t think it was outrageously high,” he said. Plus, he said, he saved $11,000 with state and federal rebates.

The federal government offers tax credits based on the size of the vehicle and its battery capacity. Federal credits phase out for auto manufacturers once they have sold 200,000 of the vehicles in the U.S.

Jim Lee is the Community Relations Officer for DNREC’s Division of Climate, Coastal and Energy.

A version of this article appeared in the spring 2020 issue of Outdoor Delaware and as been updated.