As anyone who’s searched for them knows, finding snakes, turtles, skinks, frogs and salamanders isn’t always easy. For conservationists it can be even more difficult. Whether we’re considering the painted turtle or the elusive mud salamander, we lack hard data on where Delaware’s reptiles and amphibians live. Mapping the range of every species in our state is too big a task for a small group of naturalists. 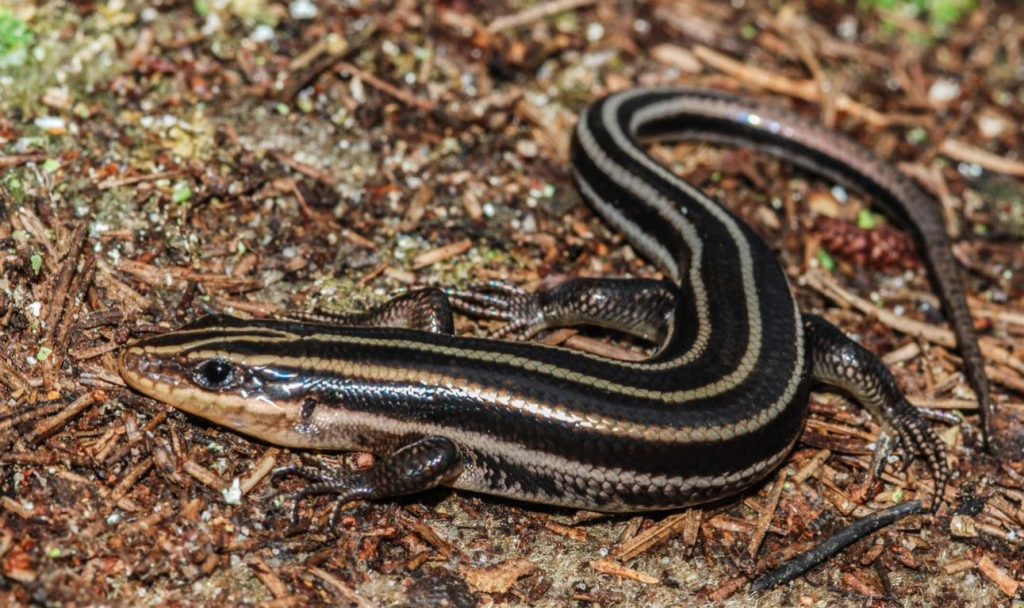 That’s where you come in. You can help us create the first-ever Delaware Amphibian and Reptile Atlas by submitting photos and locations of Delaware’s reptiles and amphibians, or as we call them, “herps.” To report a herp sighting, you won’t have to know the name of the species you see. You can just submit a photograph and the place you took it, and the experts will do the rest. In the case of frogs, an audio recording of their calls will also be helpful.

Send your photos and locations of amphibians and reptiles you might find at home, crossing the road or while exploring public lands and parks to our database partner herpmapper.org. Keep in mind that this project does not allow volunteers to trespass on private property. 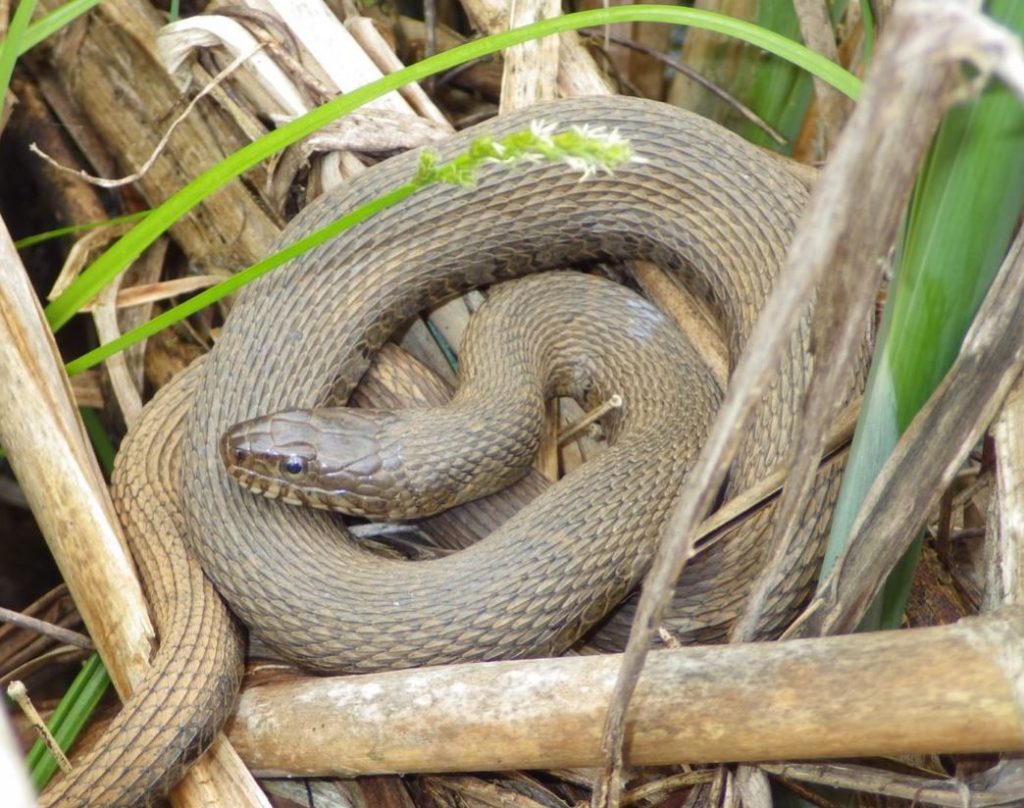 Once we input your information, we’ll break the state down into squares of about 10 square miles. A single record of a herp species found in each square will be marked as a part of its range. This will help us collect detailed data that we can use to generate the first-ever Delaware Amphibian and Reptile Atlas.

By taking action, you will help our Division of Fish and Wildlife and other conservation groups create a snapshot over the next few years of which herps live where. This is how we will produce the atlas. It will be the state’s first attempt to learn about the distribution of herps beyond the county level.

Collecting baseline data about where herps live now will set the stage for efforts to map changes in their ranges throughout the state.

What We’re Looking For 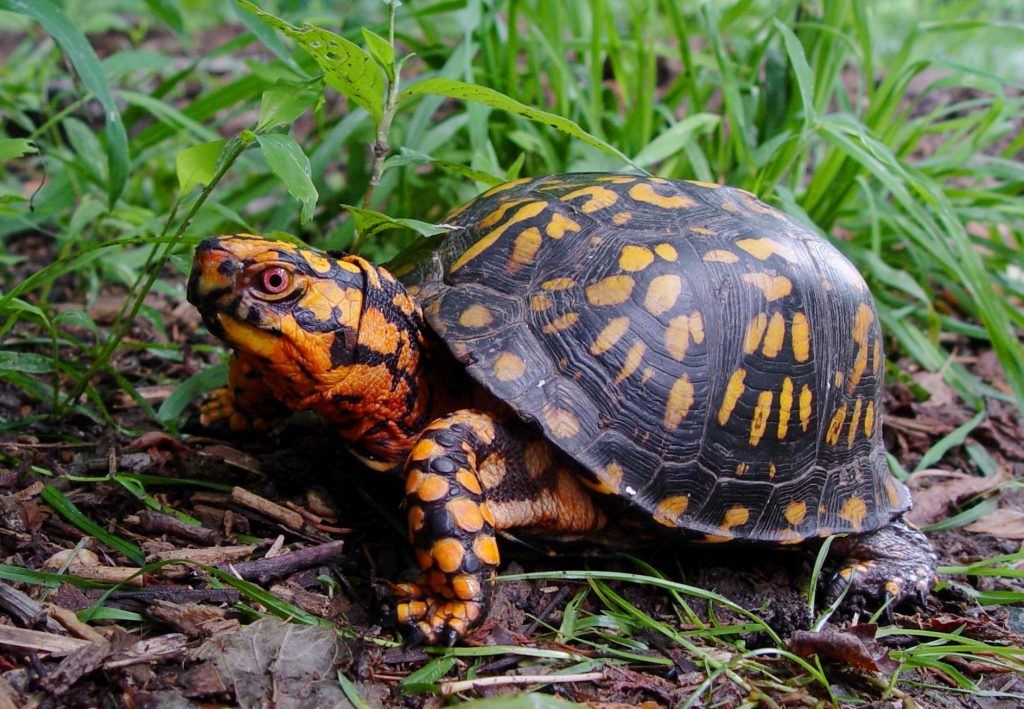 As a vulnerable species nationwide, box turtles will be of special interest for the Delaware Amphibian and Reptile Atlas. Other rare-in-Delaware species include corn and scarlet snakes. But it’s important to record even the humble garter snake and bullfrog because we don’t know if they’re going to remain common. After all, there are lots of examples of animals that went from being plentiful to rare over just a few years. For example, because of a fungus that now affects their survival, the little brown bat is now in peril.

Beyond the field observations, little data exists on herp ranges in Delaware. The best way to determine if the populations of reptiles and amphibians are stable is to collect initial baseline data and do a comparative study later. Instead of creating our own database, we are partnering with other organizations to design the atlas. 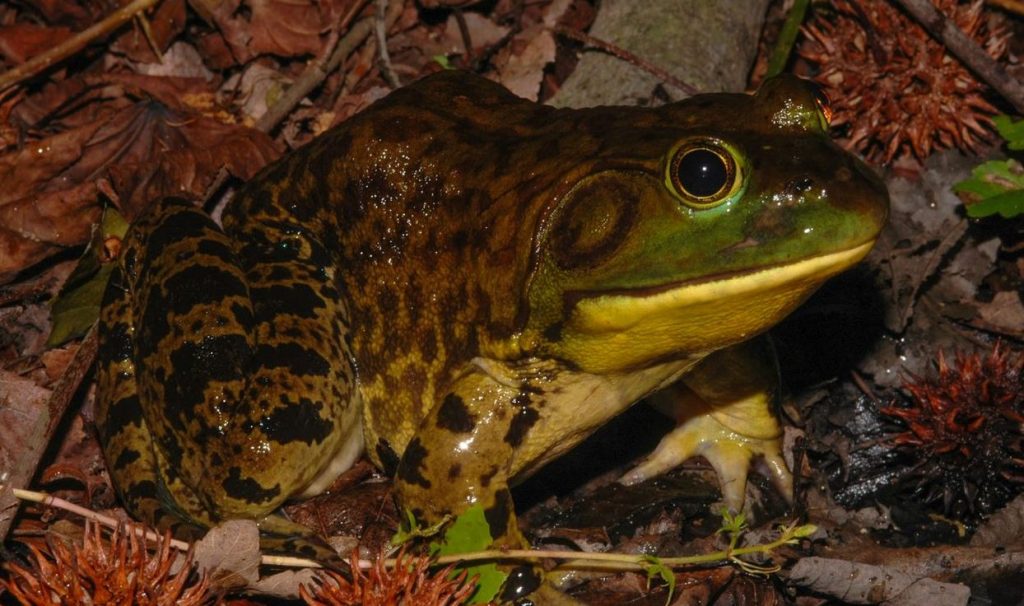 One of them is James White, a herpetologist at the Delaware Nature Society. He’ll be especially excited to see examples of the barking tree frog, the largest tree frog in North America. Though common in the southeast, barking tree frogs weren’t discovered in Delaware until the mid-1980s, when he helped document a few populations.

Delaware’s only venomous reptile, the copperhead snake, lives in Sussex County and in one New Castle County location. But learning where, specifically, in southern Delaware the copperhead lives will help us tailor its educational outreach to the people who live nearby.

Our group hopes that with your input to create the Delaware Amphibian and Reptile Atlas, we can help everyone understand the importance of herps to the First State’s ecosystem.

Nathan Nazdrowicz is the state’s herpetologist within the Division of Fish and Wildlife.

A version of this article appeared in the spring 2019 issue of Outdoor Delaware and has been updated.