Imagine improved water quality for Wilmington and less flooding in the Brandywine River. Envision large schools of American shad and other fish once again running freely upstream in the river. Actually, you don’t have to imagine it because it’s happening now, and there’s much more to come in the future.

That’s because 11 dams in the Delaware portion of the Brandywine River, some more than two centuries old, are being evaluated by the Department of Natural Resources and Environmental Control’s WATAR team of scientists to guide the Brandywine Shad 2020 efforts to remove or modify the dams one by one.

One of the dams has already been eliminated, and the shad are coming back to their historic spawning grounds. Striped bass and river herring are also returning, and so are their predators like ospreys and bald eagles. This is benefitting anglers, boaters and nature lovers.

Because of a new WATAR study, eight more of the dams might be cleared for removal or modification in the near future. The report was released in December 2020. WATAR stands for Watershed Approach to Toxics Assessment and Restoration. It’s a project team that draws on the cooperative expertise of our staff within – but not limited to – DNREC’s divisions of Watershed Stewardship and Waste and Hazardous Substances.

The Brandywine River, along with other water bodies within the state, has historically been contaminated by industrial pollutants like polychlorinated biphenyls (PCBs), dioxins, and pesticides.

WATAR’s study evaluated the presence of potentially harmful chemicals in the sediment – material that has settled on the bottom of the river – that is trapped behind the eight dams. It shows that there would be a low risk of harm to fish or human health from toxic pollutants if the sediments were released by removing or modifying the dams – or even if the dams failed during a major storm.

Understanding the potential effects from the release of the sediments will now allow DNREC to influence proposed dam removal or modification plans, and provide regulatory protection to downstream drinking water sources, fish health and aquatic habitat in the river.

Very simply, the results of the research provide peace of mind that Wilmington’s drinking water and aquatic life shouldn’t be affected by any release of contaminants from the sediments behind the dams.

The removal in 2019 of Dam No. 1 near West Street by the city of Wilmington has allowed shad to migrate farther than they have since the dam was built in 1903. Removal or modification of the remaining eight dams could ultimately decrease flooding, improve or extend fish habitat, lower water temperatures, increase dissolved oxygen to support fish populations, and help improve overall water quality. This finding is good news for the Wilmington area.

But there’s a whole lot more to WATAR than dam sediment research. A lot more.

WATAR assesses and aims to restore Delaware watersheds that are affected by toxic pollutants. The team evaluates the distribution of contaminants within a waterway and attempts to track them back to their origin. Once sources of contaminants are identified and controlled, attention can be turned to cleaning up what has been left behind in the sediments of the affected waterways. To do this work, our WATAR team researches and tests new tools and innovative technologies. 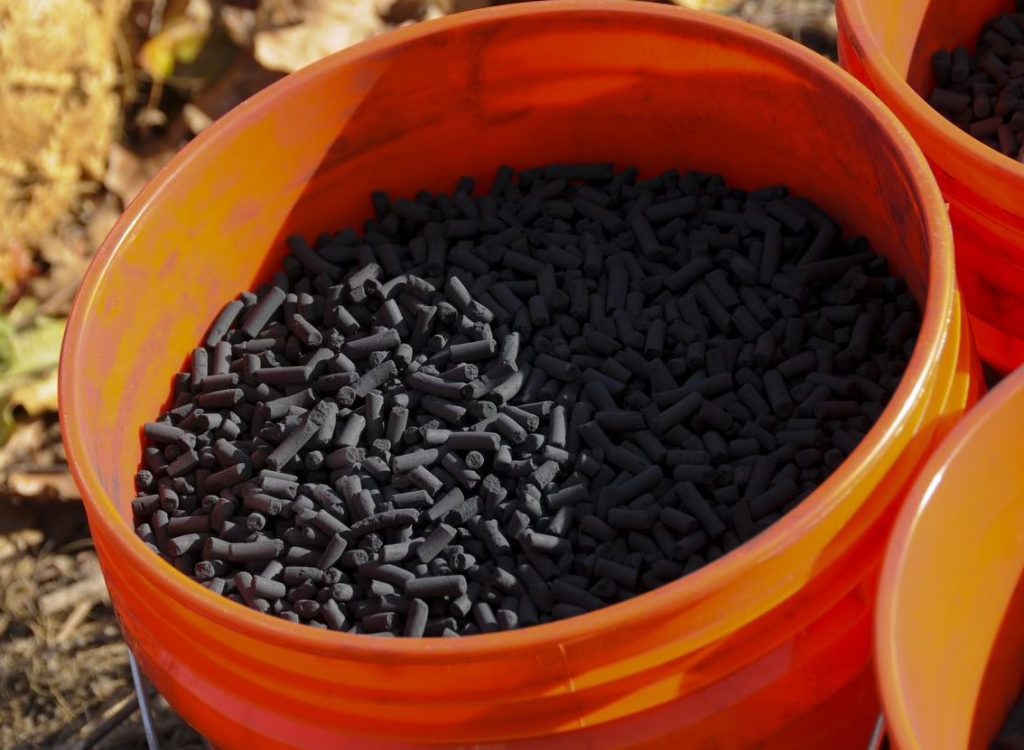 Take, for example, the Mirror Lake project in Dover. For decades, the sediment in the lake and downstream areas had been contaminated by stormwater runoff, chemical pollutants including PCBs and mercury, excess nutrients, bacteria and more.

The WATAR team and its partners were the first in the nation to conduct a full-scale distribution of carbon pellets to bind with toxic pollutants in the five-acre area in the upper Saint Jones River that includes Mirror Lake.

Eighty tons of the pellets – called SediMite™ – were mixed into in the lake in 2013. SediMite™ pellets sink in the water then break apart once they are saturated. The activated carbon within the pellets is then mixed into the sediment by small burrowing organisms.

For most contaminants, except metals, the carbon works like a refrigerator or Brita® filter – it removes impurities. Similarly, the contaminants in the sediment of Mirror Lake bind to the carbon. As a result, they are no longer available for fish and other organisms to ingest.

With the addition of a new wetland created in spring 2014, the combined remediation and restoration project has helped to improve the natural beauty of the lake, increased the lake’s ecological function and helped make the fish safer for people to eat.

The project was so successful that DNREC is trying an enhanced version of the technology in some contaminated sediments next to the Christina River in Wilmington. 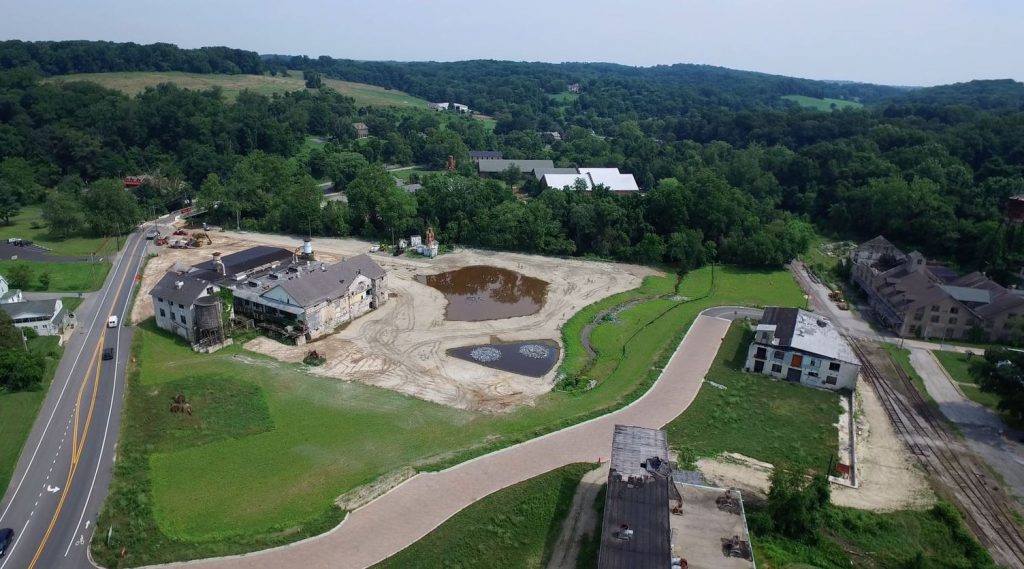 The work that is being done at the former National Vulcanized Fiber (NVF) manufacturing facility in Yorklyn earned WATAR and its DNREC partners the highest recognition from the Environmental Protection Agency in 2018, the coveted PISCES award.

From the early 1900s to 2006, NVF produced a stiff paper product made from recycled rag cuttings, and later, material used in electrical insulators, guitar pickups and other products. Chemicals, mainly zinc chloride, were released into the soil and groundwater at the site, which then migrated to the nearby Red Clay Creek. The ecology of the creek suffered greatly as a result.

In 2016, WATAR began to implement a multi-faceted cleanup, restoration and resilience project at NVF. Several DNREC programs have been involved, each with an important role. The DNREC Division of Waste and Hazardous Substances operated a groundwater treatment system until the zinc source in the soil was removed. DNREC’s contractors excavated about 170 tons of zinc from underneath the main processing area of the site.

Following the removal of the soils, a two-acre floodwater storage pond and wetland was created from the excavation. Four other wetlands were created by the DNREC Division of Parks and Recreation in the Red Clay Creek floodplain to serve as additional flood water storage. New Auburn Valley State Park trails will be created at the former mill site, as well as innovative development – commercial, residential and recreational – helping to turn historic Yorklyn into a major destination on the Delaware map.

These are just three examples of the ways our WATAR team is meeting its goals: to control releases to our waterways from land-based sources; to use and create innovative and cost-effective strategies to reduce long-term impacts from contamination in sediment and surface water; and return Delaware’s waters to fishable, swimmable and drinkable status in the shortest time frame possible.

Stay tuned as WATAR continues its work to improve our lives and those of our fellow creatures and their habitats throughout the state.