By Rachael Phillos and Lynne Pusey 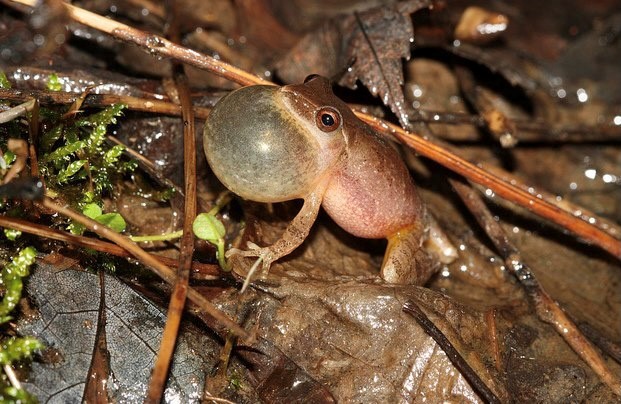 They’re less than a paper clip in length, but the males’ high-pitched peeping calls herald the arrival of spring in the marsh. Among the many fresh-water wetlands you can hear them is at the Blackbird Creek Reserve, part of the Delaware National Estuarine Research Reserve, managed by the Delaware Department of Natural Resources and Environmental Control. Their calls are repeated about 20 times per minute – the faster and louder they sing, the greater the chances they will find a mate.

Females lay their eggs in fresh-water pools, ponds and other wetlands where fish are not present. They may lay anywhere from 750 to 1,200 eggs, which attach to underwater vegetation. Males fertilize the eggs as they are laid. Depending on the temperature, eggs can hatch within two days to two weeks. The tadpoles have gills to breathe underwater and tails to help them swim. Tadpoles transform into frogs over the course of six to 12 weeks. Learn more. 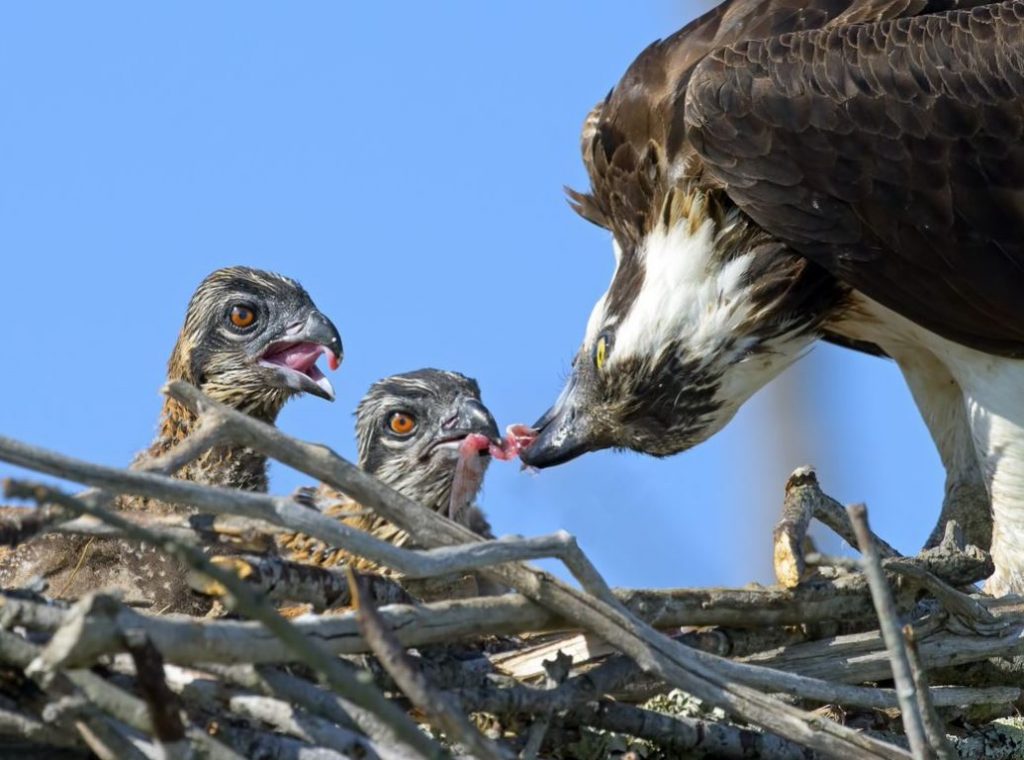 As you can see from our live Mispillion Harbor Osprey Cam located in the marsh behind the DuPont Nature Center, a nesting osprey pair is currently protecting three eggs. The eggs will hatch in four to five weeks. During the majority of that time, the female will remain on the nest incubating and protecting the eggs, while the male does the hunting and brings back food. Once the eggs hatch, the female will remain with the young most of the time while her mate brings the family a feast of fish. She will tear off pieces of fish to feed her young for the first seven to eight weeks until they are able to fly and try hunting on their own. Learn more.

Muskrats are large, brownish-red aquatic rodents. They make their nests by burrowing into a wetland’s muddy banks or build a mound home out of aquatic vegetation. These mounds provide interior nesting and an underwater entrance. The nest affords a safe, dry place for moms to raise their young. Mothers can have one to three litters a year, with up to eight babies, called kits. The tiny kits are blind and nearly naked at birth and drink their mother’s milk. By two weeks, the kits are swimming and diving, and by four weeks are weaned. When the nest becomes crowded, the young muskrats leave but live nearby. They feed mostly on aquatic vegetation, but also eat small animals including fish, frogs, insects and shellfish. Learn more.

Lynne Pusey is manager of the DNREC DuPont Nature Center.