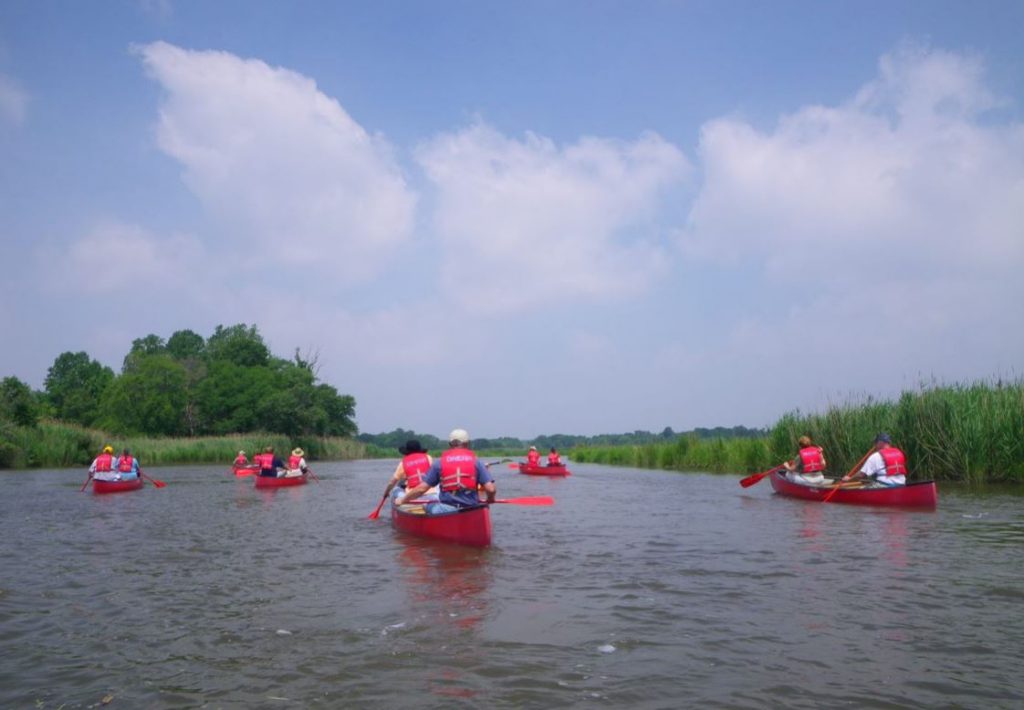 Did you know that humans, small fish and the smell of rotten eggs have something in common? They can all be found in an estuary.

An estuary is a place where two bodies of water meet and mix. In the case of the estuaries at the Delaware Department of Natural Resources and Environmental Control’s Delaware National Estuarine Research Reserve (DNERR), these bodies of water are the St. Jones River and the Blackbird Creek, which are fresh water that meet the Delaware Bay – which is saltwater. This combination of fresh and salty water, referred to as brackish water, creates a unique ecosystem that many people, plants and animals call home. 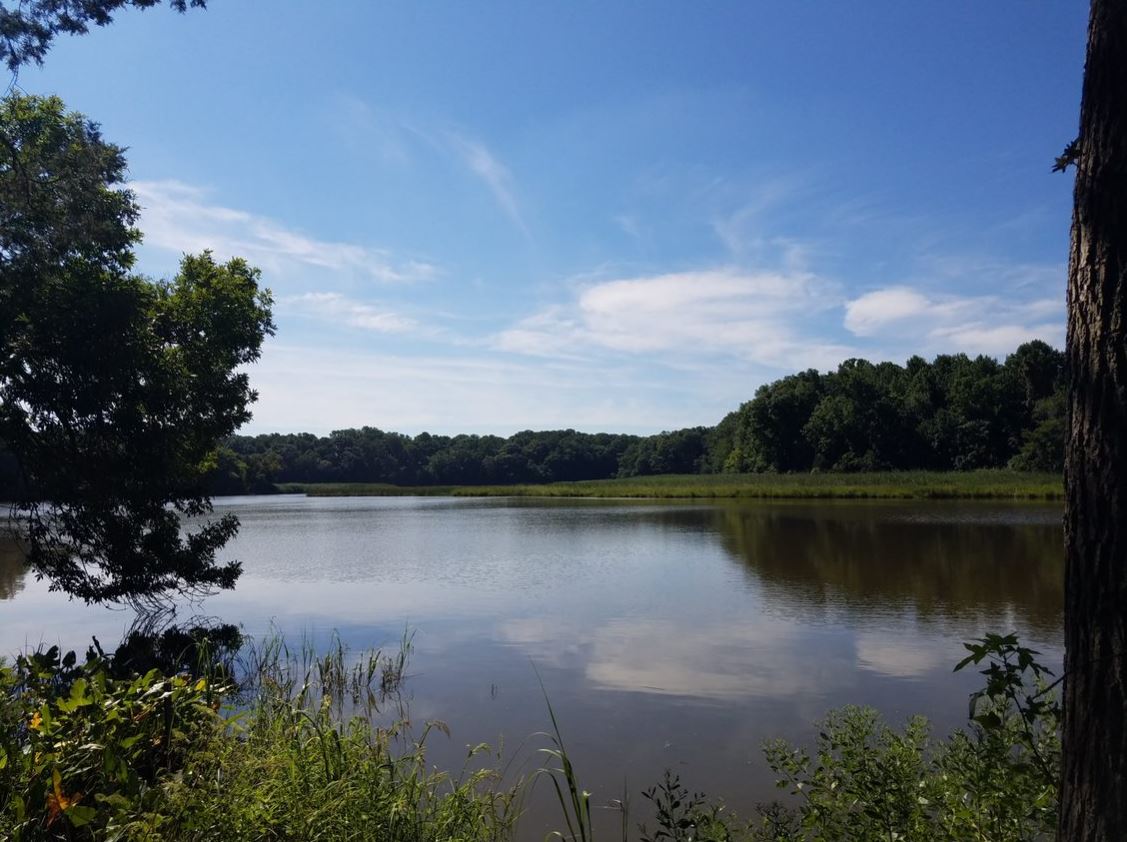 How Estuaries Help Us

Estuaries provide many important benefits to the ecosystem. As river water flows into an estuary, runoff and pollutants are filtered out before the water reaches the ocean. Acting very similar to a coffee filter, the marshes of an estuary slow the water speed, trapping and causing the pollutants to settle to the bottom. This process leads to better water quality for our estuarine and coastal ecosystems.

Estuaries also work as a buffer zone, protecting coastal lands from an influx of water. As waters from coastal storms, hurricanes and flooding inundate the land, estuaries work like a sponge collecting and holding as much water as possible. This helps to limit the amount of saltwater inundation we see in our beach towns.

“Nurseries of the Sea” 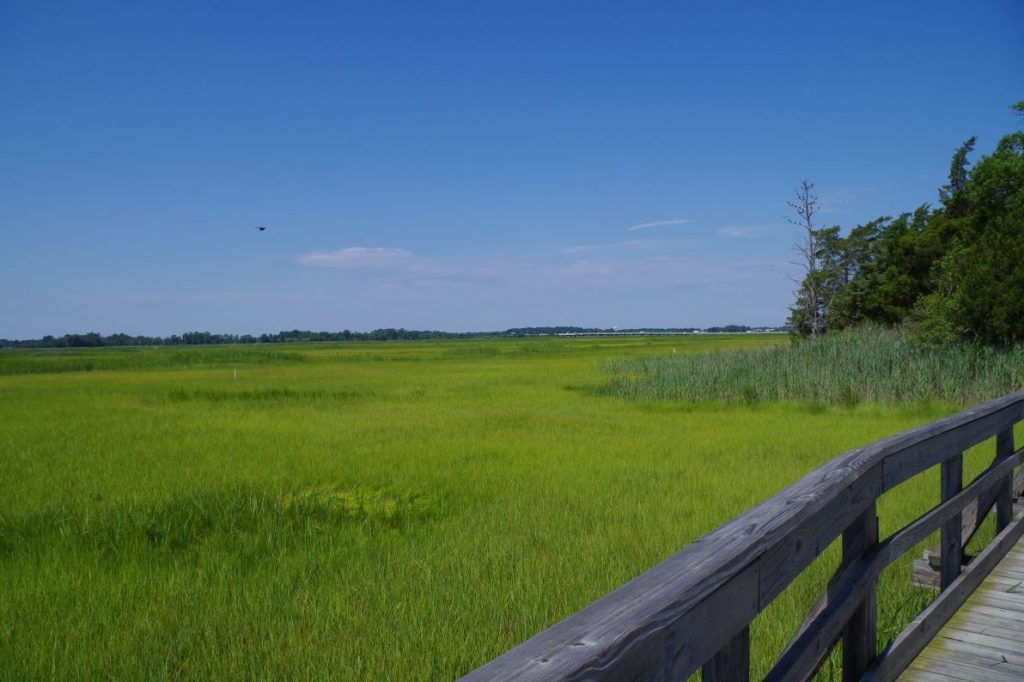 You may be familiar with and enjoy large estuaries, such as the Delaware Bay. In Delaware, crabbing and fishing are common pastimes. But why are these animals abundant in our waters? It’s because estuaries are a great nursery habitat. Frequently called the “nurseries of the sea,” many species depend on a healthy estuary for breeding purposes.

Species that we consider to be unique and characteristic of Delaware – such as blue crabs, horseshoe crabs, oysters and striped bass – rely on estuary habitats for part of their life cycle. Equally important to our economy, estuaries provide habitat for around 75% of U.S. commercial and recreational fish catch.

How Do We Measure Marsh Health?

For the scientists at DNERR, the estuary is their office. Designated in 1993, DNERR has allowed for place-based estuarine research. While all the projects at DNERR are too numerous to list, large projects include the System Wide Monitoring Program (SWMP), Surface Elevation Tables (SETs), marsh bird surveys and blue carbon research. The research done at DNERR is used by coastal decision makers, scientists, teachers and students. 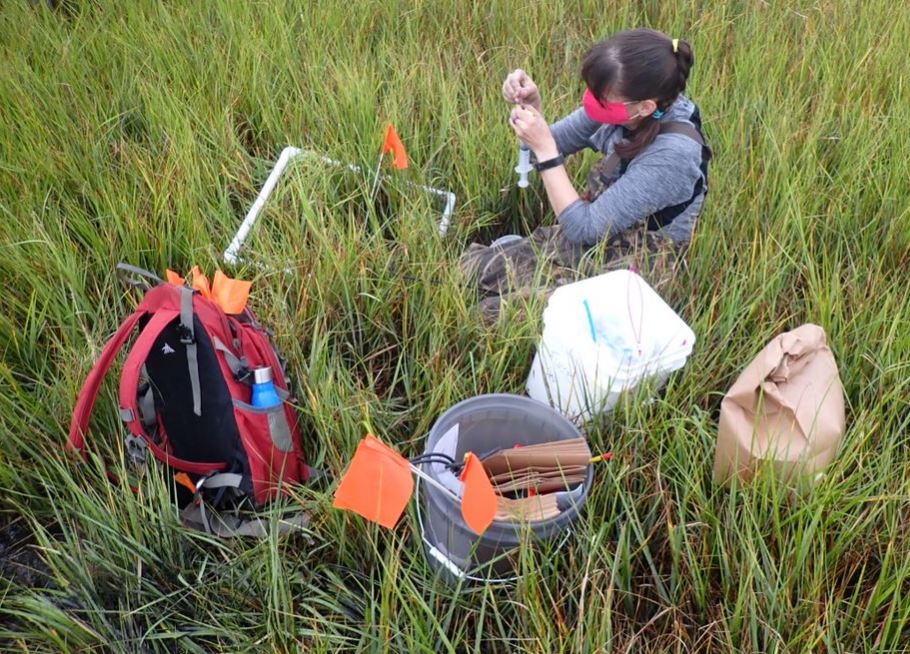 The data from these research projects allow our scientists to determine the health of our marshes. The SWMP program collects long-term data on different aspects of the marsh, such as water quality, nutrient data and meteorological monitoring. But this data isn’t just for the scientists. You can also access this information at the NERRS Centralized Data Management Office. SETs measure the surface changes of the marsh; this tells our scientists how the marsh is reacting to sea level rise and if marshes are keeping pace or susceptible to drowning. The blue carbon research measures the amount of carbon stored in the marsh rather than the atmosphere. 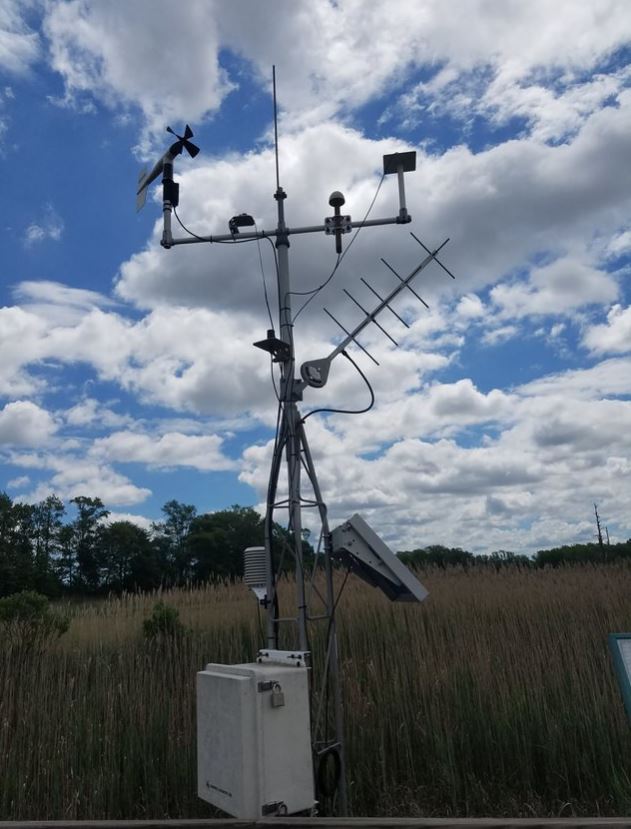 The estuary isn’t just an office for our staff, it also acts as a classroom and living laboratory. Graduate students and visiting researchers conduct a variety of studies at DNERR to continue their education. By providing access to the estuary with facilities such as a lab, boardwalk and exhibits, DNERR provides hands-on experiences for teacher professional development, K-12 school groups and public program participants.

As for that rotten egg smell? Salt marshes are frequently covered by saltwater and decomposing plant materials which cause the oxygen levels to be very low and hypoxic. In these conditions, bacteria grows giving the marsh that sulfurous rotten-egg smell.

For 28 years, DNERR scientists have been working to better understand our marshes, estuaries and the unique animals that live in them. To learn more or to get involved with the volunteer science projects, visit DNERR.

Laurel Sullivan is the DNERR education coordinator for the DNREC Division of Climate, Coastal, and Energy.