Beginning in the 1970s, firefighters used a special foam to put out jet fuel fires at Dover Air Force Base (DAFB). That foam figured prominently in 2006, when a C-5 cargo plane crashed just short of a runway after developing problems during takeoff. Fortunately, all 17 onboard survived the crash. But the foam eventually seeped into groundwater.

We have learned a lot about the foam since the 1970s. We found out that it contained “forever chemicals” composed of carbon and fluorine atoms which are among the strongest chemical bonds known. Today, 50 years later, DAFB is one of the sites that the military and state partners are monitoring for these chemicals called PFAS.

PFAS is short for a group of thousands of synthetic chemicals called Per and Polyfluoroalkyl substances, and they’re found in firefighting foam along with all kinds of everyday products, such as nonstick cookware, stain-resistant fabric and carpet, and some food packaging. According to the U.S. Centers for Disease Control (CDC), PFAS may be linked to a range of health problems including some cancers, thyroid dysfunction, elevated cholesterol and lowered immunity.

Since PFAS have been manufactured and used in so many products since the 1940s, you’ve probably been exposed. Almost every person in the U.S. has detectable levels of PFAS in their blood. For example, a recent study by the CDC and the Agency for Toxic Substances and Disease Registry (ATSDR) provided valuable insight for communities near current or former military bases known to have had PFAS substances in their drinking water. While the report did find measurable amounts of PFAS in blood in Delaware resident samples, there was no current or ongoing risk to those residents. That’s because you can be exposed to PFAS numerous ways including drinking contaminated water, eating fish from contaminated water, breathing and swallowing contaminated dust, eating food that is packaged in material containing PFAS, and contact with stain-resistant carpeting and water-repelling clothing. However, finding measurable amounts of PFAS in blood does not imply that the levels of PFAS caused an adverse health effect.

What DNREC and Its Partners are Doing About PFAS

The Delaware Department of Natural Resources and Environmental Control (DNREC) and the Delaware Department of Health and Social Services’ Division of Public Health’s Office of Drinking Water (DPH-ODW) have been investigating and addressing PFAS releases in the environment and mitigating exposure through consumption at public water systems. These actions followed the implementation in 2016 of the U.S. Environmental Protection Agency Health Advisory Limit for two types of PFAS, PFOA and PFOS, of 70 parts per trillion. PFOS is Perfluorooctanesulfonic acid which is used to in firefighting foam, stain-resistant fabrics and food packaging among other products. PFOA is Perfluorooctanoic acid, used to make coatings and products that resist heat, oil, stains, grease and water along with other uses. 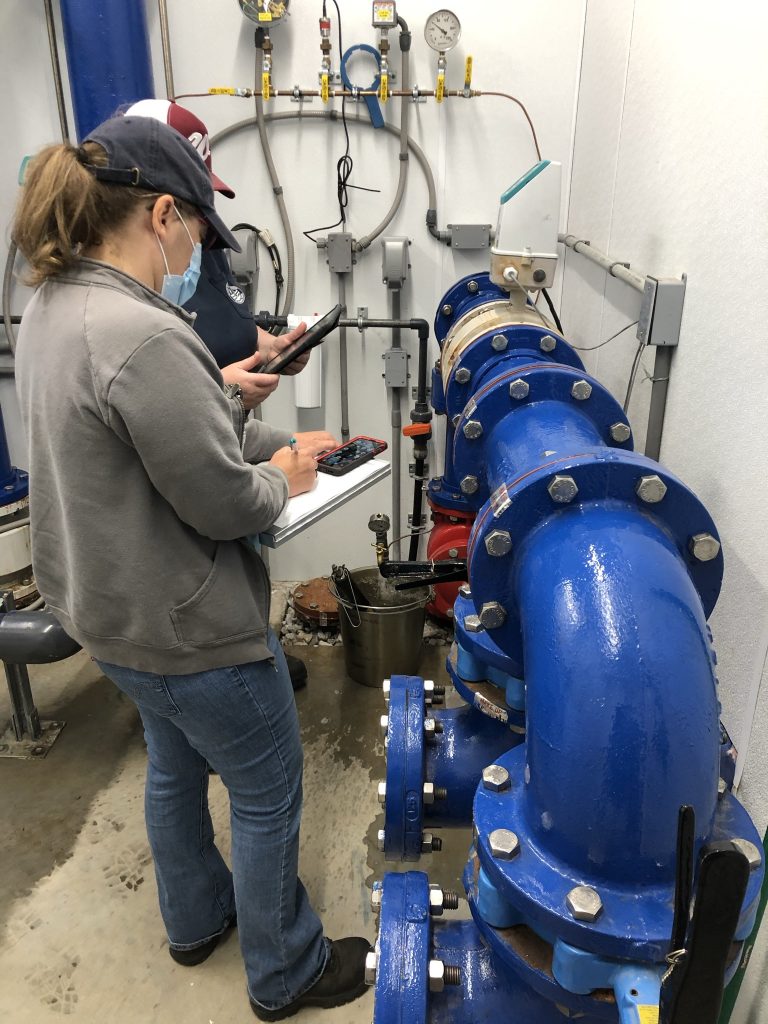 In 2021, Governor John Carney signed legislation directing the DPH, with DNREC as support, to establish a state-level maximum contaminant level (MCL) for PFOA and PFOS in Delaware. The development of the proposed MCL is underway with discussions and drafting of the regulatory language in progress. DPH released a PFOA/PFOS implementation plan in late February 2022. The plan includes proposed MCLs of 21 parts per trillion for PFOA and 14 parts per trillion for PFOS along with a combined PFOA and PFOS number of 17 parts per trillion. These proposed limits will go through the DPH public regulatory process and these new MCLs are expected to be finalized by the fall of 2022.

Prior to the signing of the law, DNREC started sampling more than 140 public water systems statewide to survey PFAS in drinking water. Of the 140 systems sampled so far, the only system found with PFAS at or approaching the U.S. EPA’s Health Advisory Level (EPA HAL) of 70 parts per trillion at one point was Bethany Crest in Sussex County. However, an ion exchange treatment that had already been in place was successful in removing PFAS from the community’s drinking water to significantly below the EPA HAL and also below the DPH-ODW proposed MCL. Testing of the wells nearby has found localized impact to private wells that DNREC has addressed using the proposed MCL numbers as the more protective criteria.

In addition, carbon filtration systems were installed in water systems in Blades and New Castle, where higher concentrations were discovered and treatment installed years ago. At private wells near Dover Air Force Base, the response is being managed by the federal government. A resin treatment system was installed by the owner at the Tidewater Bayside system that treats to very low concentrations.

Working Together on Solutions 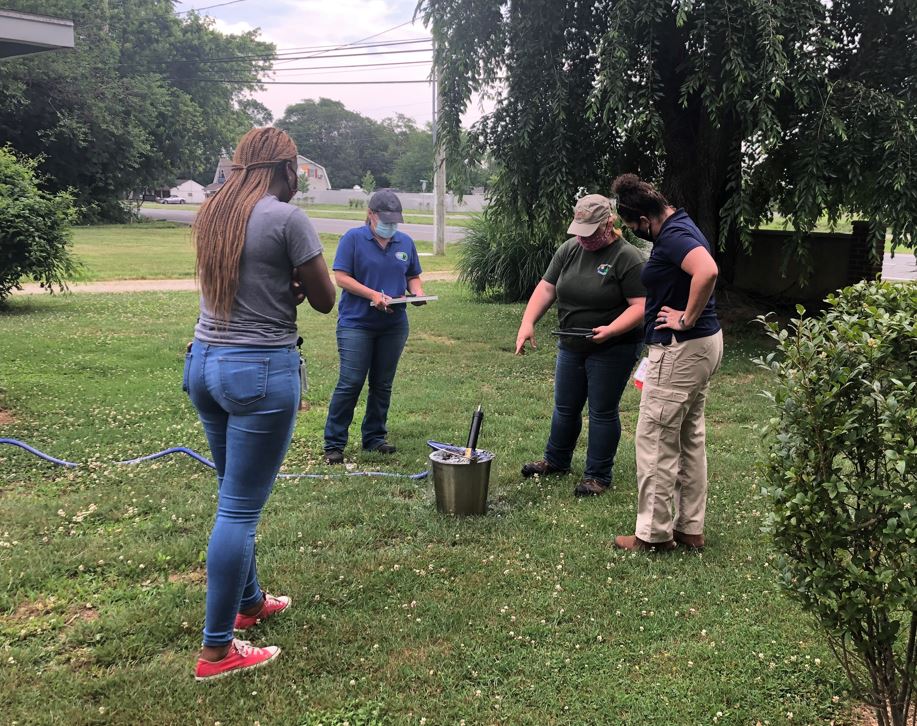 In 2016, DNREC’s Remediation Section, under the Division of Waste and Hazardous Substances listed PFOA and PFOS as hazardous substances. A multiagency workgroup was formed in 2018, that included DNREC, DPH-ODW, the Delaware Department of Transportation and the Delaware Department of Agriculture. DNREC and DPH began sampling water systems statewide. Systems with PFAS greater than 70 parts per trillion have been provided technical and logistical support for alternative water sources and permanent solutions including point-of-service carbon treatment for homes with private wells. With the introduction of the proposed MCL, more systems are receiving the same support in anticipation of the proposed numbers being approved through public process. A mobile carbon treatment system from DPH and DNREC is expected to be operational later this year.

DNREC and DPH respond by using the collaborative strengths of each agency to determine short-term and permanent alternate water sources. DNREC leads on investigations to determine potential sources. These efforts include additional sampling, GIS mapping and environmental information. DPH leads on health assistance, including risk assessment, health recommendations and information.

Beyond the MCL development process, DNREC is continuing to monitor systems beyond the initial survey and creating a plan for sampling other pollution sources in addition to drinking water as the state continues to discover PFAS contamination. 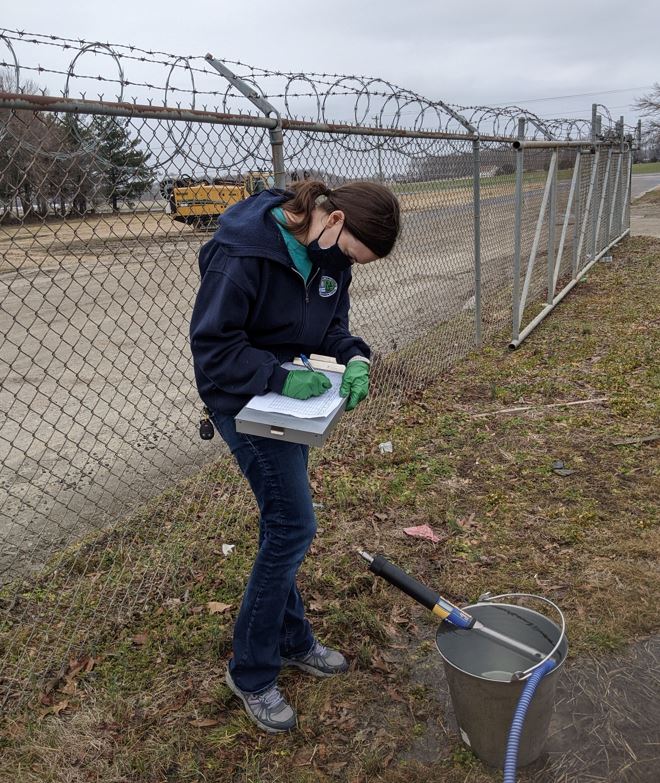 DNREC and DPH will work with other Delaware entities to form a collaborative group across multiple regulatory protection and resource programs, track back studies, identify and mitigate at points of opportunity, collect and analyze data and take action based on proven science. DNREC and DPH will provide knowledge from the PFAS effort to state entities working to identify, provide proof via collected data, and then develop regulation and policy to benefit environmental justice communities.

Planned sampling efforts for PFAS include fish and mollusk tissue, developing and implementing a standardized method to assess the nature and extent of bio-solids and wastewater, and regional and state programs will sample landfill leachate (contaminated liquid that is generated from water percolating through a solid waste disposal site accumulating contaminants) for PFAS.

As the lead agencies for the state’s effort to create enforceable standards for PFAS, DNREC and DPH strive to use sound science and logical steps towards protecting human health and the environment through coordinated and publicly informed efforts.

Todd Keyser is a hydrologist with the Remediation Section in the DNREC Division of Waste and Hazardous Substances.