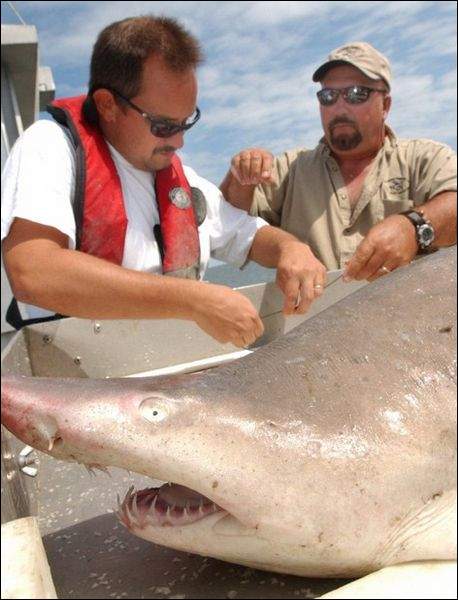 You may not see the tell-tale fin, but if you’re in the water in Delaware there are probably sharks swimming nearby. Researchers say more than a dozen species of sharks could, in fact, be swimming as close as 10 feet to you in the Atlantic at any given time. But so are fish and all kinds of other marine species because, after all, the water is their home. We’re just visitors in their sphere and they are almost always not interested in getting to know us better.

It’s a sign of summer that sharks migrate from south to north this time of year although sharks migrate year-round. We just notice them more in the summer. The five most common sharks in Delaware waters are sandbar, spiny and smooth dogfish, sand tiger and Atlantic mako sharks. But as many as 62 total species can be found in the ocean, Delaware Bay and the Inland Bays. The record catch for Delaware was a 975-pound mako shark caught in 2000 by Thomas Barnes.

You’re probably wondering about white sharks, also known as great white sharks, made famous in the movie “Jaws.” Yes, they’re also around, but are the least common shark species found in Delaware waters. 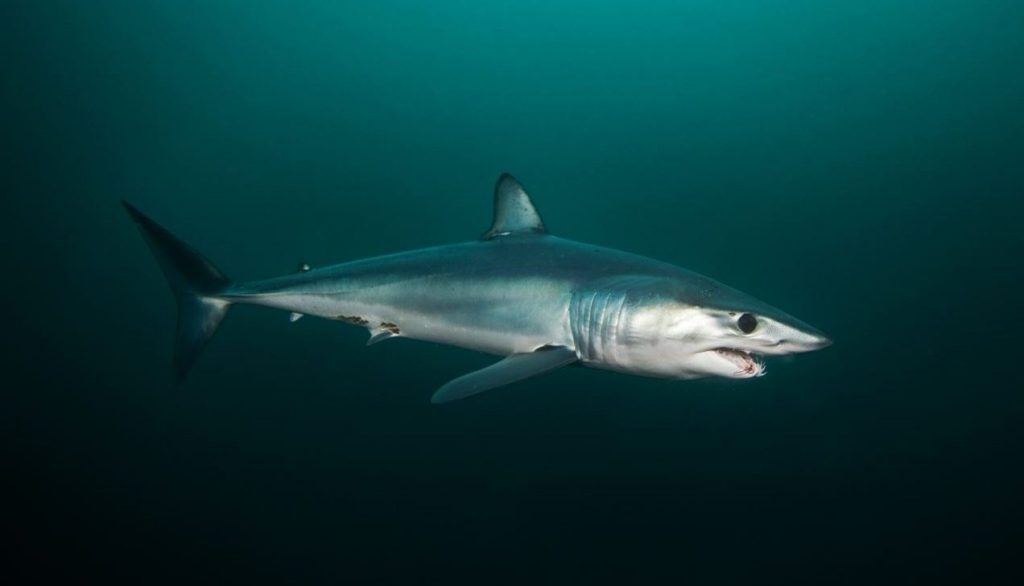 Sharks tend to stay away from humans. But shark-human interactions do occur. Most of these encounters happen when people are surf fishing; rarely when swimming. However, in June of 2020, what was most likely a sandbar shark bit a 12-year-old boy at Herring Point in Cape Henlopen State Park. The boy had to be hospitalized and the beach was temporarily closed. But there has only been one other documented shark bite in the past five years. We have no record of a death caused by a shark in Delaware.

Who’s Afraid of Whom?

The reality is that sharks should be more afraid of us than the other way around. Sharks have been known to attack humans when the animals are confused or curious. If a shark sees a human splashing in the water it may try to investigate leading to an accidental attack.

But sharks have more to fear from humans than we do of them. Humans harm sharks mainly as “bycatch,” when anglers using nets catch them along with other fish. Their fins are also harvested for shark fin soup. And climate change and warming sea temperatures play a role in the declines of some shark species.

The Delaware Department of Natural Resources and Environmental Control’s Division of Fish and Wildlife has very specific rules about handling sharks if you catch one while fishing. You must keep a shark in the water because not only can it not breathe out of the water, its internal organs are not designed to support its weight. The stress caused by being caught can harm a shark and so can a barbed hook. The division encourages barbless circle hooks for most fisheries and especially for shark fishing. Anglers are encouraged to avoid violations and fines by following the regulations. 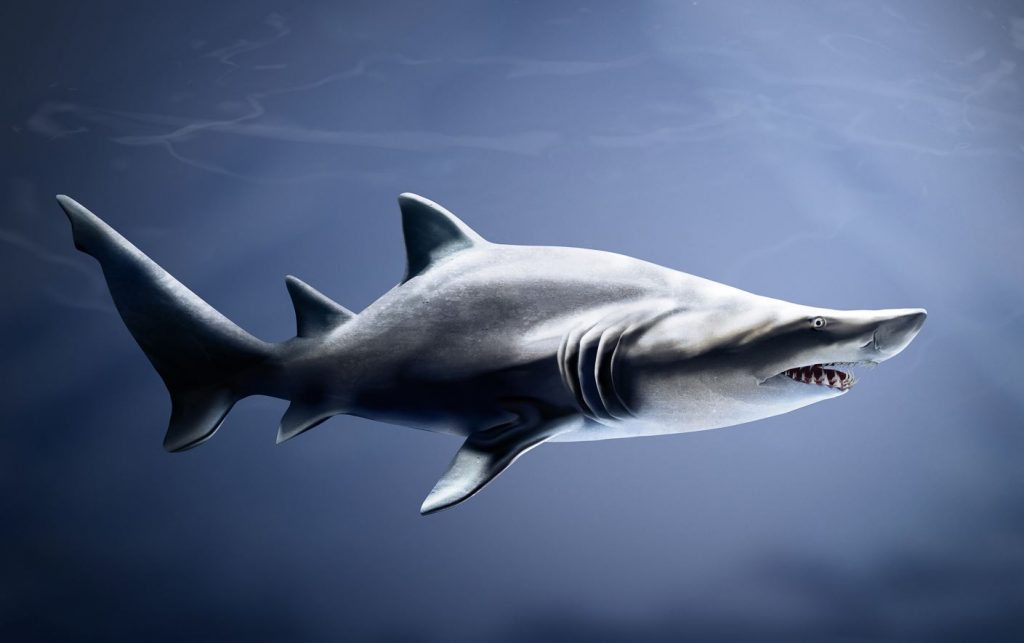 Many shark species, including sandbar and sand tiger sharks, are vulnerable and are not allowed to be caught. They are top predators, can live as long as 30 years and do not reproduce as frequently as prey species. White sharks can live 50 to 70 years or even longer. The only other non-human shark predator is the orca, also known as the killer whale, which often strikes in a group known as a pod. Orcas are the apex predators of the seas.

Many sharks found in Delaware are misidentified, including the smooth dogfish and sandbar shark.

Sharks keep ocean ecosystems in balance. They limit the abundance of their prey, which in turn affects the prey of those animals, and so on throughout the food web. Because sharks directly or indirectly affect all levels of the food web they help to maintain structure in healthy ocean ecosystems. 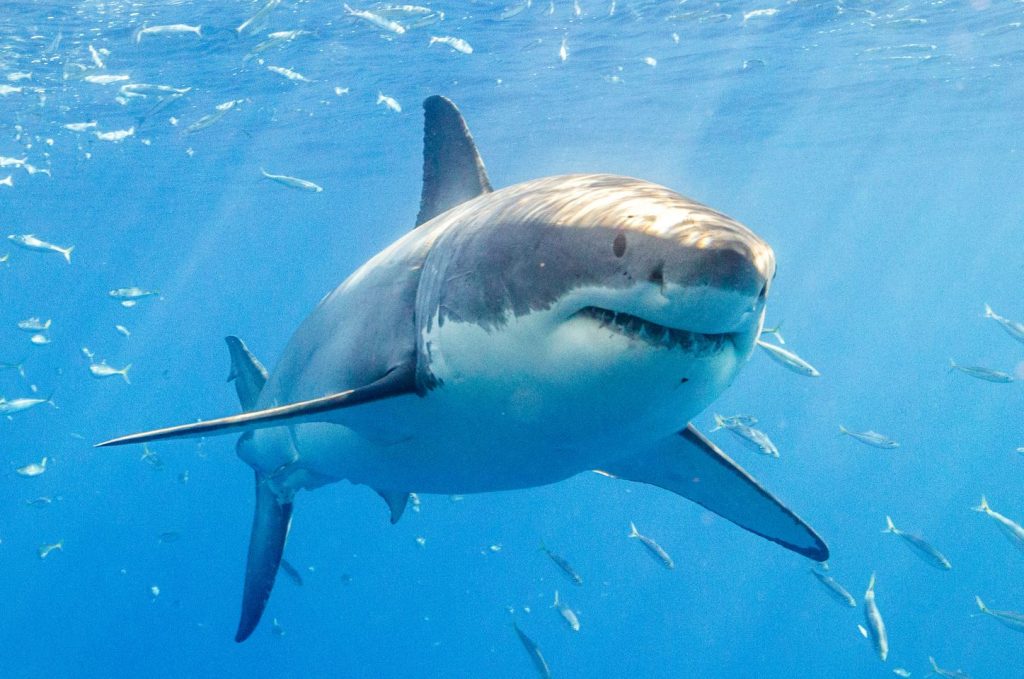 Since we’re visitors to their home, there are some common-sense steps we can all take to avoid human-shark interactions.

How We Can Help Sharks

We need not fear them, rather, we should always respect the sharks in Delaware’s waters.

Garry Glanden is an environmental scientist with the fisheries section in the DNREC Division of Fish and Wildlife.