The winner of the 2022 Delaware Watersheds Photo Contest is Kimberly Barksdale from Wilmington, who captured this moment as a family of wild turkeys were traveling down a road leaving Bear Swamp in the Bombay Hook National Wildlife Refuge near Smyrna. 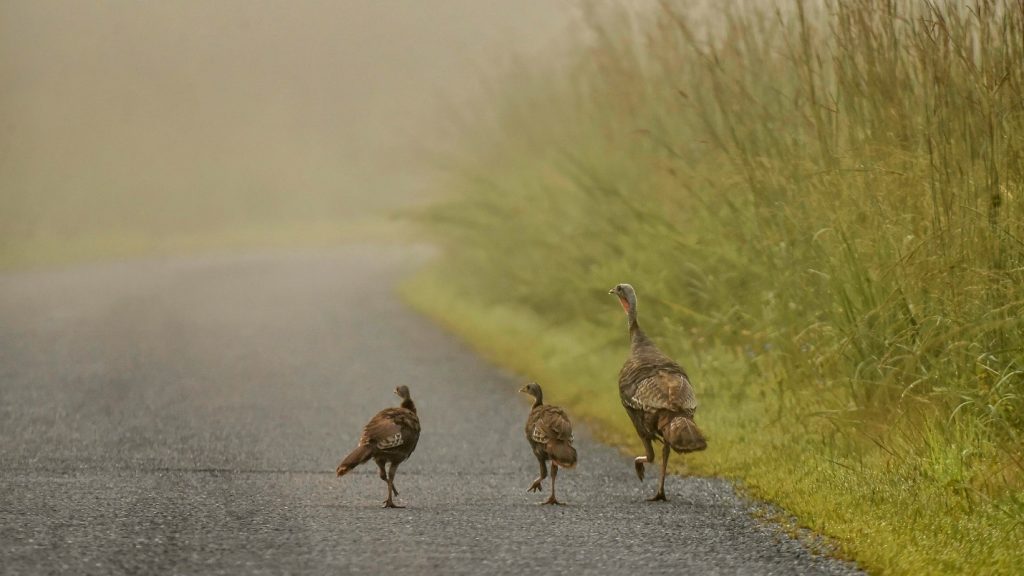 The photo, titled “Turkey Trot” was taken in the Leipsic River Watershed, part of the larger Delaware Bay Watershed in Kent County.

This fall, the Delaware Department of Natural Resources and Environmental Control (DNREC) invited photographers of all ages and skill levels to enter the contest, hosted by the Division of Watershed Stewardship. The public determined the winning photo by voting through the Division’s Facebook page.

The goal of the contest was to share the beauty of Delaware’s diverse watersheds while providing a vivid reminder that everything that happens on land directly affects what happens in our waterways.

A watershed is all the land that water moves across or under while flowing to a specific body of water. In addition to the land, it also includes the water, plants, animals, and humans within it. Delaware consists of many different watersheds. DNREC encourages everyone to learn more about how they can help improve the health of their watershed.

Wild turkeys, such as the three featured in the photo above, were once lost to Delaware. They have since been reintroduced by DNREC and conservation partner The National Wild Turkey Federation. They now represent one of the greatest conservation success stories in the region.

Today, the DNREC Division of Fish and Wildlife estimates a healthy statewide population of more than 6,000 wild turkeys. 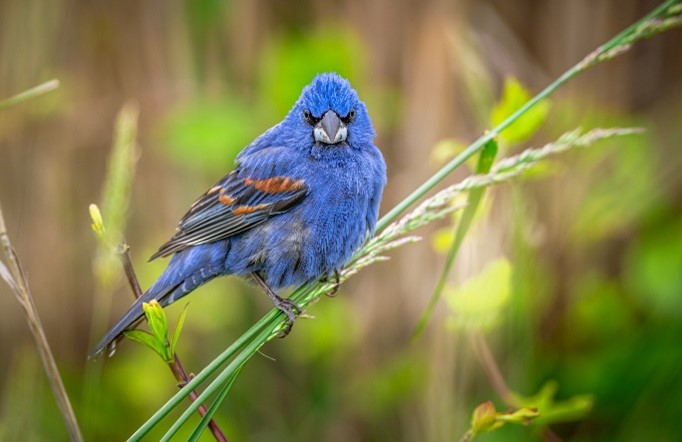 Runners-up in the photo contest were James Barnes of New Castle for “Angry Bird,” a photo of a Blue Grosbeak, also taken in Bombay Hook National Wildlife Refuge, and Beth Baker of Greenwood for “You Otter Know” taken at Trap Pond State Park (located in the Broad Creek watershed).

Pollutants impact habitats of wildlife such as the Blue Grosbeak and River Otter, which make these watersheds their home.

Many of Delaware’s waterways are considered impaired, mainly due to pollutants originating from nonpoint sources, such as runoff from lawns, farms, parking lots, and golf courses. This type of pollution is hard to control because it’s difficult to pinpoint exactly where it came from before often finding its way into groundwater or local streams and depleting the health of waterways. 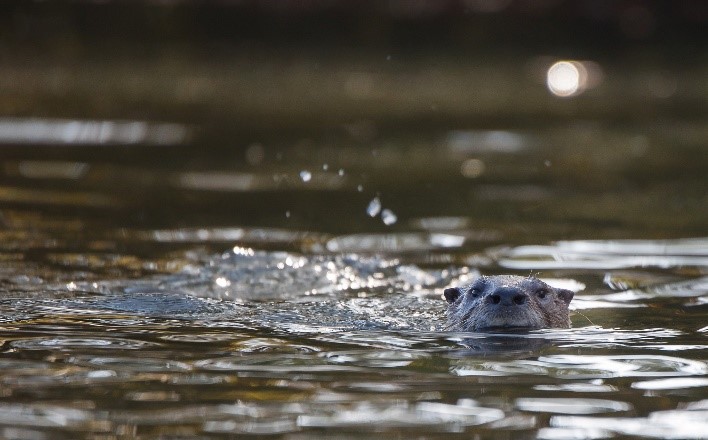 The DNREC Nonpoint Source Program provides funding for projects designed to reduce nonpoint source pollution in Delaware. Both the Leipsic River and Broad Creek watersheds are dominated by agriculture, forests, and wetlands.

DNREC’s Wetland Monitoring and Assessment Program has been developing scientifically robust methods to monitor and evaluate wetlands in Delaware on a watershed basis. Learn more about the health of the wetlands in these watersheds from the DNREC Wetlands Monitoring and Assessment Program web page. The Division of Watershed Stewardship also hosts educational events and workshops providing important information that helps residents and First State visitors protect Delaware’s aquatic resources.

Terry Deputy is the director of the DNREC Division of Watershed Stewardship.