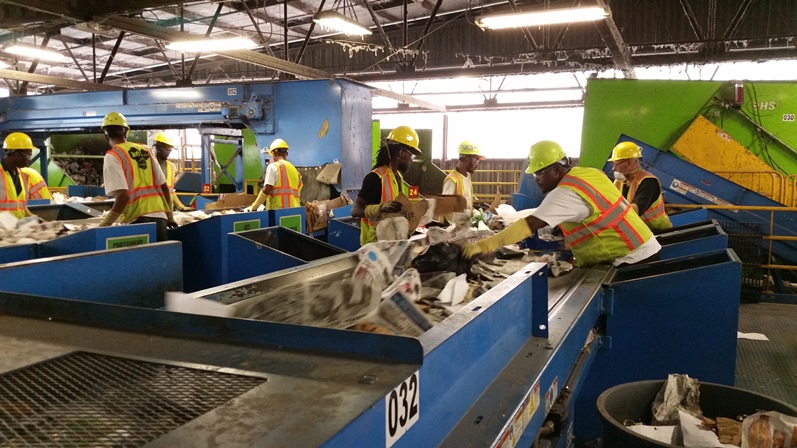 It was a hot day in June when a DNREC colleague and I visited the Materials Recycling Facility, or MRF, in New Castle. It’s operated by Republic Services, a partner company of the Delaware Solid Waste Authority (DSWA).

We were about to get an education, which is how DNREC and DSWA partner – to educate the public about recycling.

Delaware’s MRF is a 64-thousand-square-foot repurposing facility with state-of-the-art sorting equipment. At the MRF, Delaware’s single stream recycling is hauled, emptied, pushed around and picked-up by a huge front-end loader. It’s placed on conveyor belts to be sorted for after-market reuse both mechanically and by hand.

MRF by the Numbers

About 90 employees, process over 100,000 tons of recyclables per year using two processing lines and two balers.

A robotic sort system does a final pick of the residue (non-recyclable material).

We arrived around noon at the adjacent DSWA Environmental Education Building. We were met by Sarah Culler, manager of public education and outreach, and Stacey Helmer, DSWA’s education coordinator. Helmer organizes all education tours and programs for DSWA and would be our tour guide for the afternoon.

For our tour, she handed each of us safety glasses, bright yellow reflective safety vests and hard hats. We followed her outside and into the open-air recycling facility. 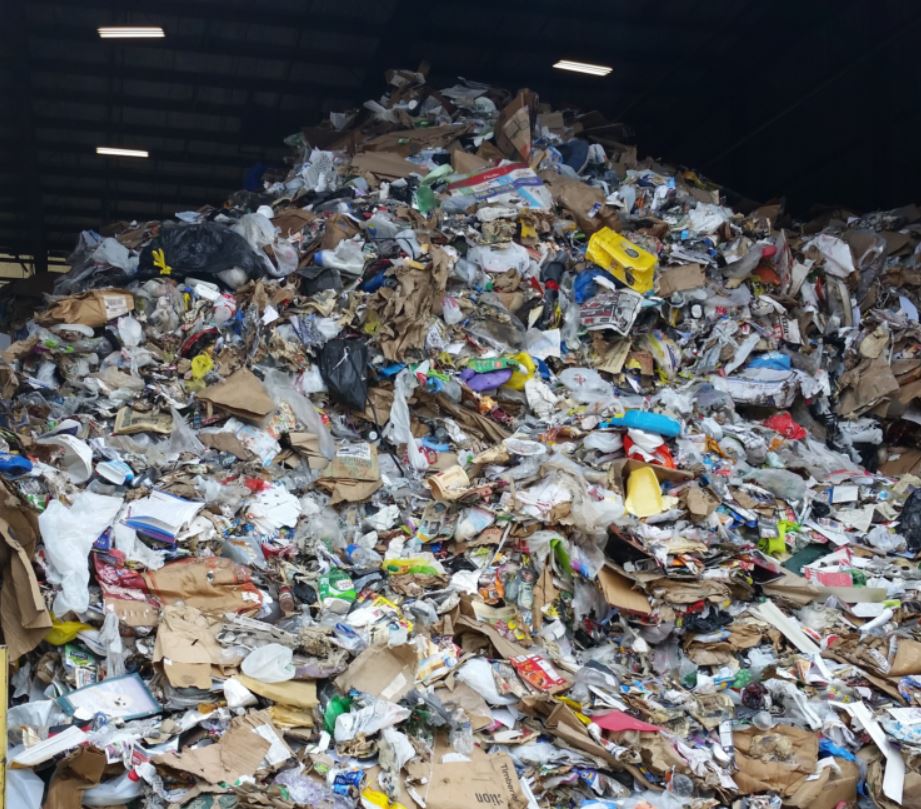 Approximately 400-500 tons of recycling are brought to the facility each day where all recycling materials are dumped on the ground in an area called the tipping floor. My colleague, Beth, and I were amazed that all recycled materials were dumped in one huge pile.

Surprisingly, there were no obnoxious odors from the massive piles of recyclables. “Most visitors to the MRF make that same comment,” Helmer said. Keep in mind that it was a sunny and 90-plus-degree day.

As we entered a small, air-conditioned office space, a foreman named Arturo joined us for the tour. He led us through a heavy door and up a long stairway onto a catwalk several stories high.

Looking down, we saw workers on either side of a conveyor belt watching closely as multitudes of recyclables streamed by at close to 35 mph. Three to four workers stood on either side of the moving belt and examined, tossed out and picked through the stream of materials moving by.

At the end of the belt, the materials tumbled downward to continue the sorting process. Arturo explained that the crunching sound we heard was the crushing of any glass products in the recycling stream. The glass was being pressed against a sifting screen. This process allowed the crushed glass particles to fall through while all other materials moved across the screen to the next belt.

The sorting, crushing, and sifting occurred at least two more times before all materials were eventually sorted according to category: glass, paper and cardboard, aluminum, plastics such as water bottles. 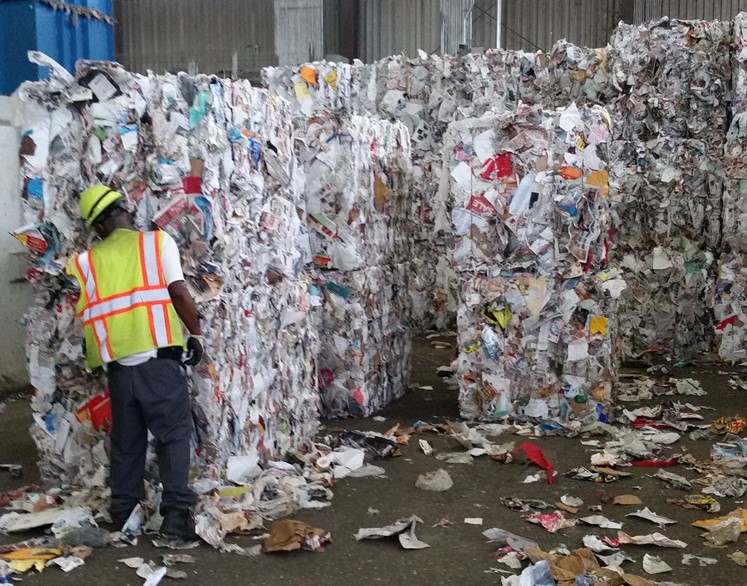 Beth and I were amazed even as the sweat dripped down our faces. We asked Arturo how the workers stood the heat and he showed us the various misting fans placed around the belt areas.

At the end point of the recycling process, we then directed to the area where materials are baled and stacked. I asked what the man with the sickle- shaped pick was doing walking amongst the bales.

“He goes through each bale of paper and pulls out any unusual materials with the pick,” Arturo explained. The company that is contracted to pick up and ship the bales does not accept large amounts of contamination in the material. Most, if not all, baled paper is shipped to domestic and North American manufacturing markets.

DSWA’s new Environmental Education Building is designed for teachers, students, scout groups, and other organizations. Education programs focus on how to save natural resources and protect the environment through recycling and reliable solid waste management practices. DNREC also provides educational information about recycling in Delaware including what you can and can’t put in your bins, and much more.

Although that was the end of our tour, it’s not the end of the story for recycling in Delaware. We hope, if you aren’t already, that you are recycling. Your recyclables are sorted and screened twice, sorted one final time and then baled, stacked and picked up by companies that reuse what you have recycled. These companies are making new products from old ones, not by the pound, but by the ton.

We also hope you will stop to consider the workers who hand-sort the materials. If you can, try to rinse your recyclables. And make sure your plastic bags are kept out of your recycling bins because they jam up the machines and the workers must pull them out by hand. Plastic grocery bags can be returned to stores. Most of the time you will find plastic bag-only recycling bins near the front doors.

Jackie Howard is a former environmental scientist with DNREC’s Division of Waste and Hazardous Substances’ Compliance and Permitting section.

A version of this article appeared in the fall 2017 issue of Outdoor Delaware and has been updated.