More than two decades of work on project implementation to renew and revitalize the communities and the environment have taken place in the Christina-Brandywine River Remediation Restoration Resilience (CBR4) project area.

The Little Mill Creek/Meco Drive Project was a joint state and federal project in which several DNREC divisions played a pivotal role. 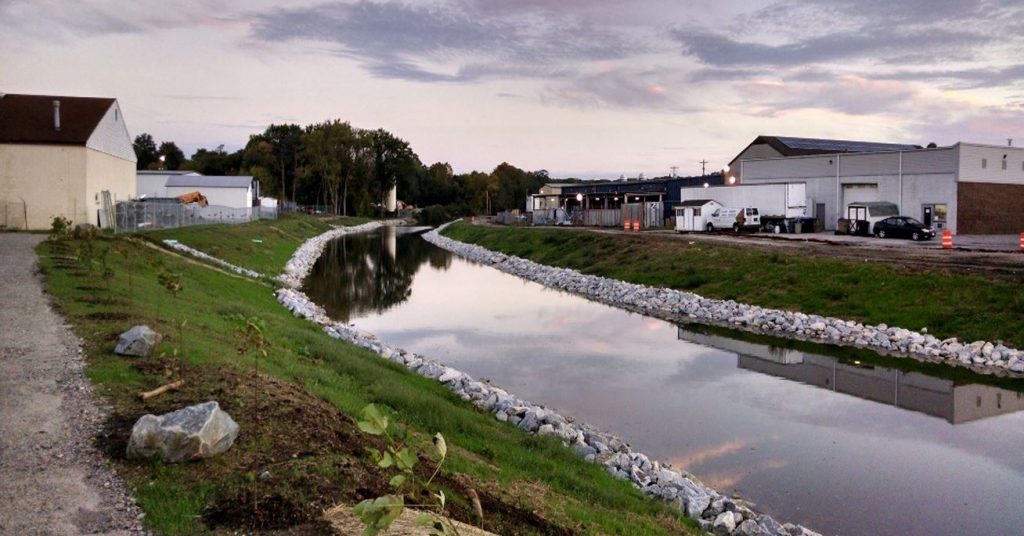 Little Mill Creek had a long history of damaging floods. For more than 60 years, extensive flood damage has been attributed to development along the flood plain on Meco, Germay and Brookside drives, all built on filled wetlands.

During heavy rains, the run-off from paved areas flows into the Little Mill Creek, overtopping its banks and flooding the surrounding area.

In addition, a hazardous substance cleanup site, the Meco Drive Site, was contributing petroleum contamination and PCBs to the watershed. The coordinated project provided a longstanding solution to the flooding, as well as the contamination issue.

The Riverfront Development Corporation of Delaware (RDC) was created in 1995 by a Governor’s task force. The RDC aims to “create economic vitality along the Brandywine and Christina rivers, while enhancing the environment, encouraging historic preservation and promoting public access.”

Previously, much of the land along the riverbanks were brownfields that contributed to contaminant loading into the rivers. Thanks to large remediation projects, the area has been redeveloped into a regional hub of recreational opportunities and desirable living conditions.

Riverfront attractions include the Russel W. Peterson Wildlife Refuge, the DuPont Environmental Education Center, the Jack A. Markell Environmental Trail, Frawley Stadium, Dravo Plaza, the Chase Center on the Riverfront and much more. 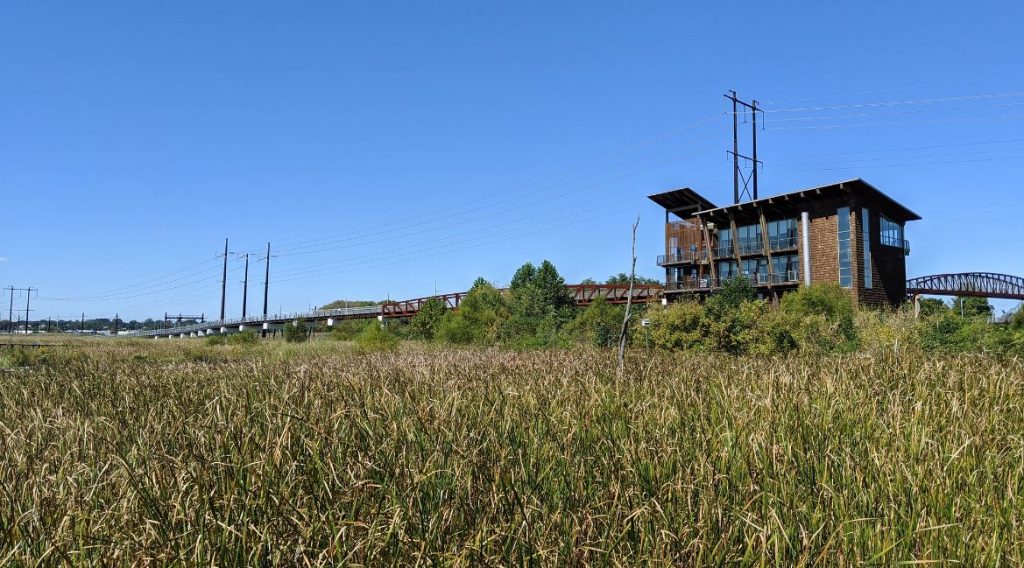 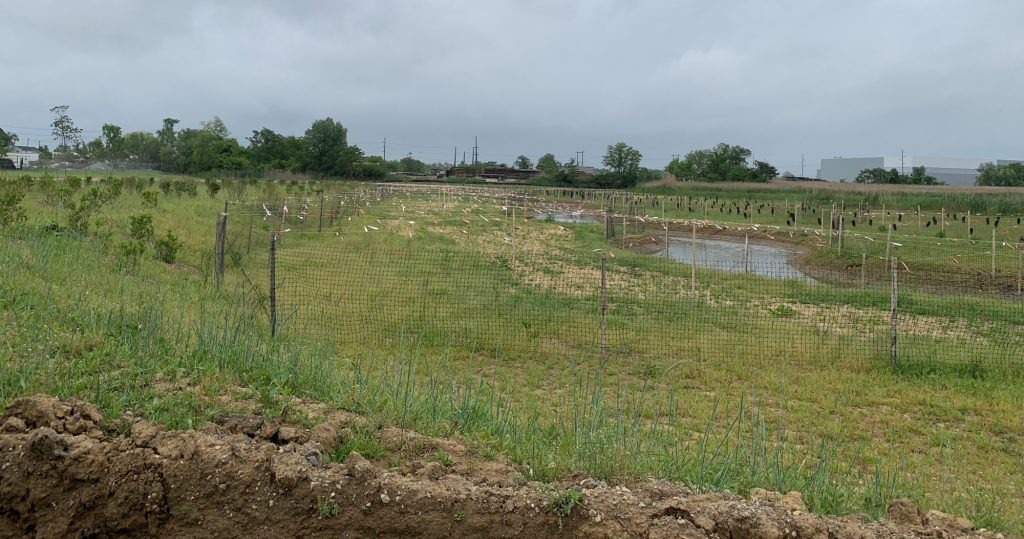 Thanks to funding support from DNREC, NFWF and NOAA park construction began in 2018 and is nearing completion.

The park is scheduled to open in summer of 2021 and will provide stormwater management, enhance and restore wetlands and create new recreational opportunities to area residents.