Blue-green algae blooms occur each year on Delaware ponds, lakes and some tidal freshwater areas. Because they can have harmful effects on people and animals, the state has posted warning signs at water bodies which historically have had blooms.

Though signs are posted at some water bodies with a history of algae blooms, it is always important to be aware of, and avoid blue-green algae blooms.

What is Blue-Green Algae?

Blue-green algae – also known as cyanobacteria – are naturally occurring microscopic organisms. They increase in density, or “bloom” under certain environmental conditions. Blooms happen most often when there is an oversupply of nutrients combined with warm water temperatures. In Delaware, this begins during the summer and can intensify in early autumn. 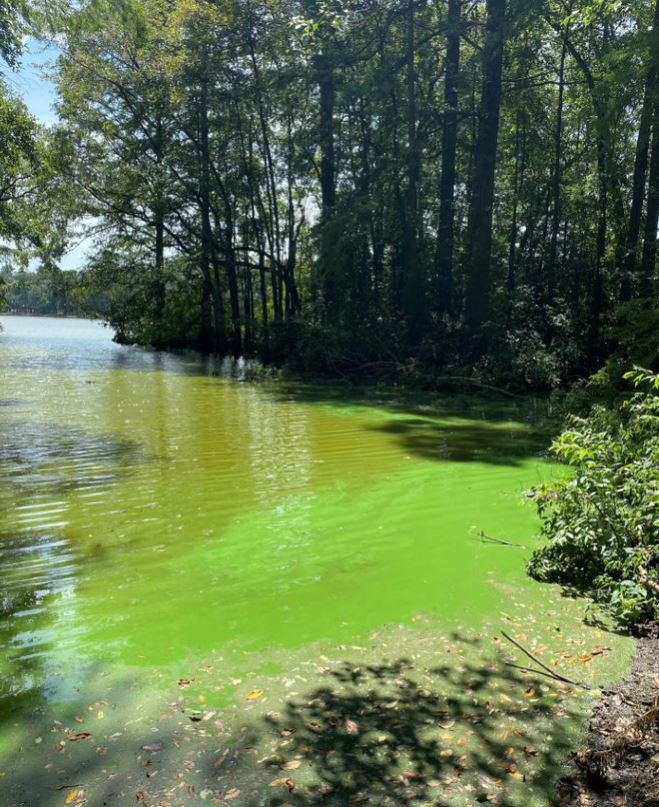 Blue-green algae blooms can form dense mats on the water surface that appear most often as thick green, white or reddish-brown scum. They can cover entire areas of a pond or may only appear in certain portions like along the shoreline. Dense blooms can contribute to reduced dissolved oxygen in the water, leading to fish kills. When the algae blooms die and decay, the water can appear multi-colored and may be mistaken for a paint spill.

It is Best to Avoid Blue-Green Algae

While there have been no reported cases of human or animal illness in Delaware associated with exposure to blue-green algae, certain strains of blue-green algae can produce toxins.

Avoid contact or exposure to water with blue-green algae blooms or scum if possible. If contact is unavoidable or accidental, wash thoroughly afterwards.

Avoid recreational activities that may result in swallowing or inhaling droplets of water from areas of scum.

State experts from DNREC, the DHSS Div. of Public Health, and from the Dept. of Agriculture have created warning signs about blue-green algae. The signs warn of the possible presence of blue-green algae and its potential effects on people and animals.

While warnings are found at these specific locations, be on the lookout for signs of blue-green algae in any freshwater waterbody. 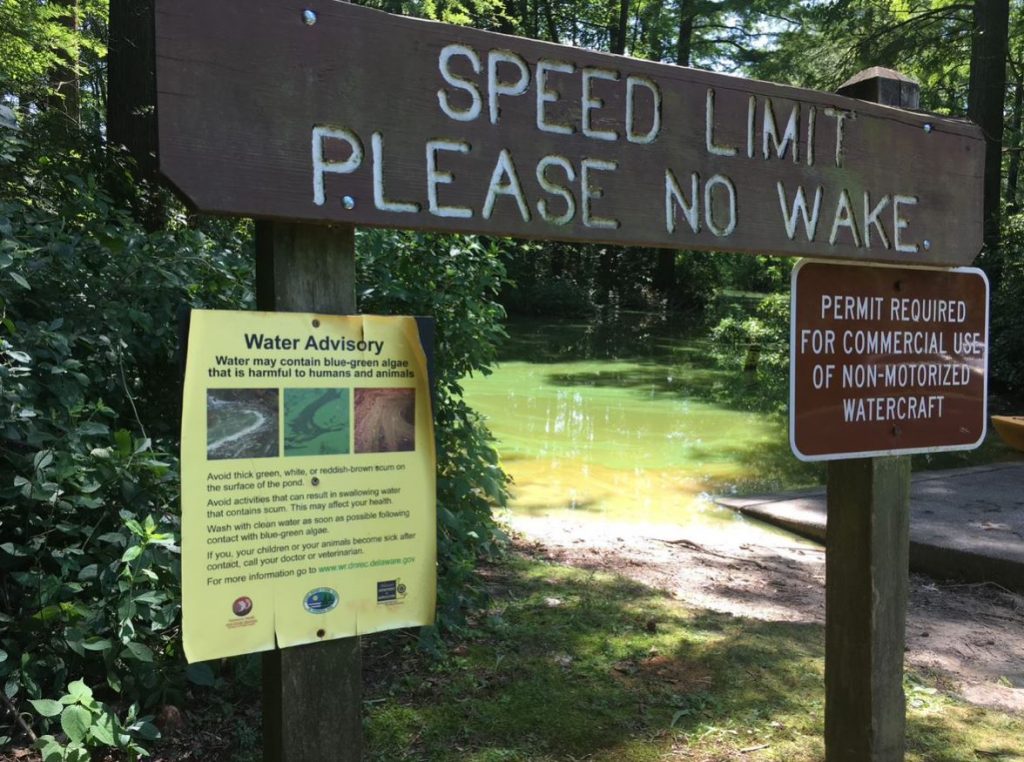 Human health effects from skin contact can include rashes, hives and blisters most commonly on lips and under swimsuits. Less frequent reactions, reported in people who have inhaled water containing high concentrations of blue-green algae toxin, include runny eyes and nose, sore throat, asthma-like symptoms or allergic reactions from asthma.

Swallowing water that contains the toxin can cause diarrhea and vomiting, liver toxicity, kidney toxicity and neurotoxicity.

Pets may have the same adverse reactions as humans. They should be washed or rinsed off after contact with the water. If a pet swallows scum-laden water, call your veterinarian.

Even if blue-green algae is not in full bloom, or even visible, toxins have been documented in waters throughout the country and around the world. Through research, the scientific community is working to increase their understanding of algae’s capabilities to form toxins.