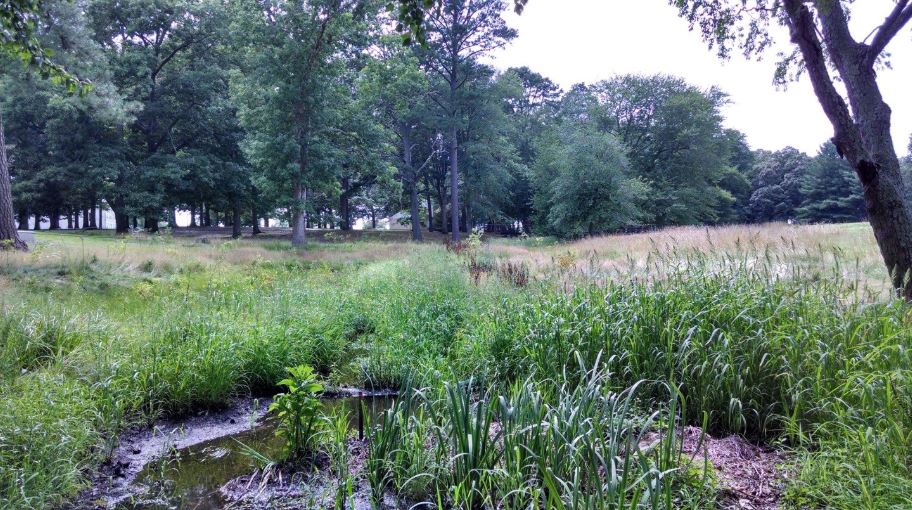 Monitoring data collected in the late 1990s indicated that Stockley Branch failed to meet the state’s Enterococcus bacteria numeric criterion, which requires the annual geometric mean to be less than 100 colony-forming units per 100 milliliters. Stockley Branch did not support its freshwater primary contact designated use, prompting the state to add it to Delaware’s 303(d) List for bacteria and nutrients.

In 1998 and 2006, the EPA developed TMDLs to address the nutrients and bacteria loading, respectively, throughout the Indian River watershed. The 1998 TMDL required an 85% reduction in nitrogen and a 65% reduction in phosphorus loadings. The 2006 TMDL required that the overall bacteria loading be reduced by 42% from the 2000–2005 baseline levels in freshwater regions of the Inland Bays drainage basin, which includes the Indian River basin.

Bacteria levels have decreased in response to the more than 10 years of water quality protection and restoration efforts. DNREC collected monitoring data at STORET Station 308281 in Cow Bridge Branch between September 2002 and August 2007. The geometric mean of the 31 samples collected over the 5-year period was 59 colony-forming units per 100 milliliters. This was well below Delaware’s freshwater bacteria water quality standard, so DNREC removed the 8.23 mile segment of Stockley Branch (DE-140-006) from the state’s list of impaired waters in 2008 per its Assessment and Listing Methodology. The Draft 2018 Integrated Report showed that the segment continued to meet the applicable water quality standards for bacteria.