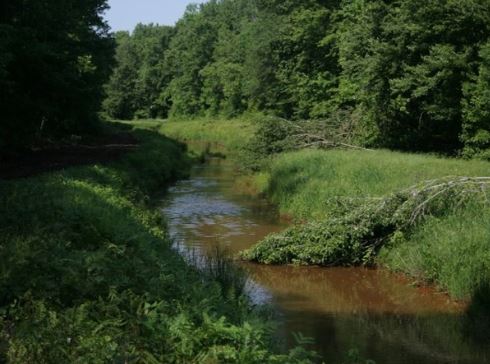 The headwaters of Gravelly Branch are in the town of Ellendale. This area has poor soil and seasonally high groundwater levels. These conditions led to homeowners having issues with their septic systems in the late 1980s. Septic systems were known to overflow or need to be pumped out multiple times a year, leading to health and public safety issues and drinking water contamination. Today, most of this area cannot be permitted for septic or other disposal systems because of wastewater disposal regulations. These issues, along with agricultural NPS pollution, were thought to play the main roles in water quality degradation.

Gravelly Branch water samples from the mid-1990s routinely exceeded Delaware’s water quality standard for Enterococci bacteria, which requires that bacteria levels not exceed a maximum geometric mean of 104 colony forming units per 100 milliliters over a five-year period. Consequently, a 6.5-mile-long segment of Gravelly Branch was placed on the state’s 303(d) List for bacteria. DNREC identified nonpoint sources, including direct discharge from failing septic systems and agricultural sources, as the probable sources of bacteria. Segments of Gravelly Branch were also listed as impaired for dissolved oxygen and nutrients (1996) and biology/habitat impairment (1998).

Delaware completed a TMDL analysis for nutrients and dissolved oxygen in the tributaries and ponds of the Nanticoke River and Broad Creek watersheds in 2000. In 2006, Delaware developed a TMDL for bacteria for the entire Chesapeake Bay drainage basin, including the Gravelly Branch watershed. The TMDL required that the NPS bacteria load in the entire Nanticoke River, Gum Branch, Gravelly Branch, Deep Creek, and Broad Creek watersheds be reduced by 9% from the 2000 to 2005 baseline level, and that all point source bacteria loading in the entire Chesapeake Bay drainage basin be capped at the current geometric mean, 100 colony forming units per 100 milliliters. 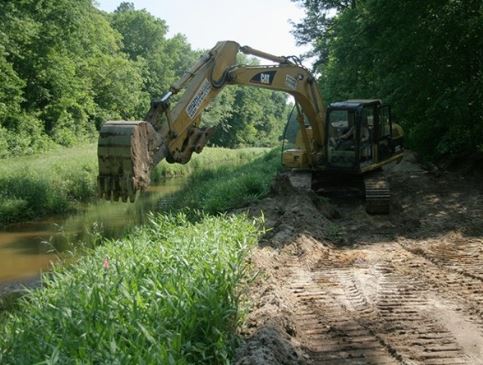 In 2005, the Ellendale-New Market Sanitary District began operating and connected 483 equivalent dwelling units (EDUs) to a centralized sewer system. In 2012, there were 585 EDUs connected with a capacity to permit 250 more homes.