DNREC completed a 5,000-foot stream restoration project in the fall of 2005 along Pike Creek. In honor of an adjacent landowner’s overwhelming support of the effort, the restoration activity is referred to as the Three Little Bakers stream restoration project. DNREC restored the stream channel and adjacent banks using a host of restoration techniques, planted approximately five (5) acres of vegetation within the riparian zone, and created three (3) acres of wetlands. Preliminary results indicate that habitat has improved, and populations of macroinvertebrates and fish have increased significantly. 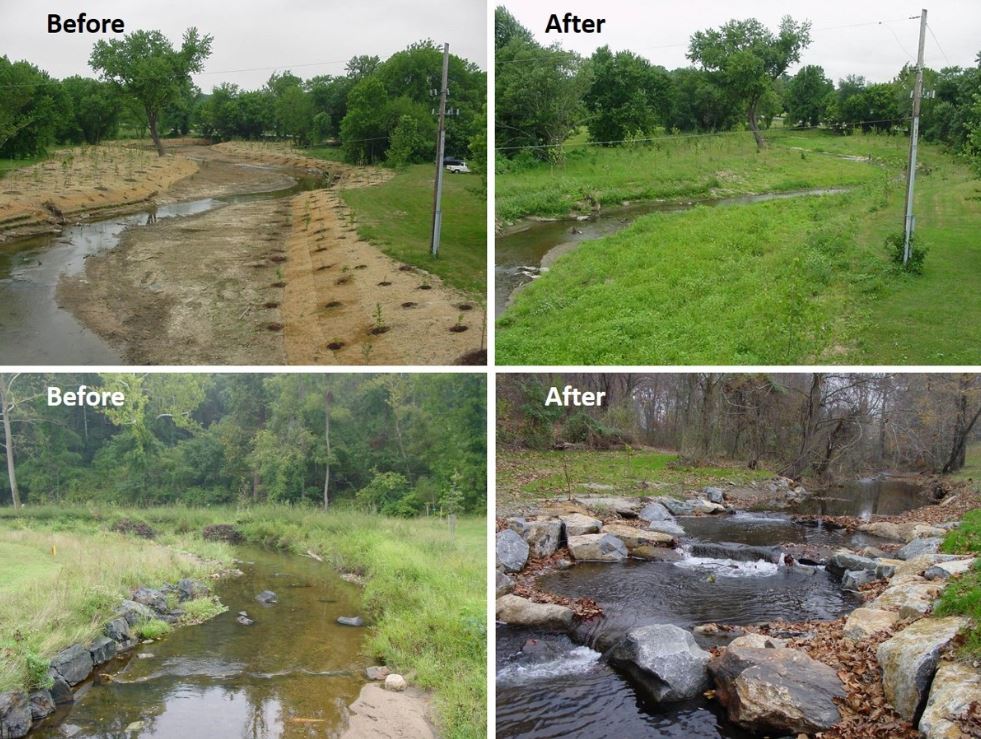 The 4.7-mile segment of Pike Creek that includes the restoration project area is listed on Delaware’s 303(d) List as having an unknown pollutant or stressor affecting both habitat and biology. Studies in the late 1990s identified the upper portion of Pike Creek as a stream segment requiring restoration. There was significant bank erosion, which contributed to heavy sediment loads and degraded aquatic habitat. In several areas, mid-channel bars had formed due to the heavy sedimentation.

A number of BMPs were implemented:

DNREC collected benthic macroinvertebrate samples in 2006 using EPA’s Rapid Bioassessment Protocols along the 5,000 linear-foot restored reach. The 2006 sampling results were compared to baseline data collected from the same reach before the restoration in 2002. Results from field data indicate that overall habitat quality in the restored reach has improved and will continue to improve as the habitat matures. Both macroinvertebrates and fish populations have significantly increased since the restoration efforts.

The site now serves as an outdoor classroom for schools, garden groups, environmental professionals and the general public. In 2006, a 4H program, with the support of University of Delaware’s Cooperative Extension, adopted the created wetland site to monitor through the Stream Watch Program overseen by the Delaware Nature Society.