Southern Delaware’s Trap Pond is a tributary of Broad Creek, which drains to the Nanticoke River and flows to the Chesapeake Bay. This area has a unique ecology, as it is home to the northernmost natural stand of bald cypress in the United States. The area also contains a 2,000-acre wetland, one of the largest surviving freshwater wetlands in Delaware.

Trap Pond was created in the late 1700s to power a sawmill. The area’s bald cypress was coveted for its rot-resistant wood and harvested extensively throughout the 1700s. As a result, most of the bald cypress around Trap Pond is second-growth. After logging ceased, landowners enlarged the pond by installing drainage tiles to dry out the surrounding land for farming. In 1930, the federal government bought Trap Pond and the farmland surrounding it and brought in the Civilian Conservation Corps to develop the area for recreation. 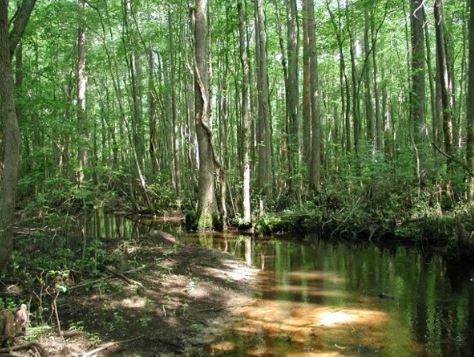 Through water quality monitoring conducted in the 1990s, it was determined that bacteria counts in Trap Pond routinely exceeded Delaware’s water quality standards. Further examination found that issues stemmed from Saunders Branch, the primary tributary to Trap Pond. Direct discharges from failing septic systems, manure from livestock that had direct access to Saunders Branch, and the agricultural drainage ditches feeding into Saunders Branch appeared to be the major causes. With bacteria counts as high as 700 colony-forming units per 100 milliliters, Trap Pond was added to the 303(d) List.

Delaware completed a TMDL analysis for nutrients and dissolved oxygen in tributaries and ponds of the Nanticoke River and Broad Creek watersheds in 2000. Delaware developed a bacteria TMDL for the entire Chesapeake Bay drainage, including the Nanticoke River watershed, in 2006. 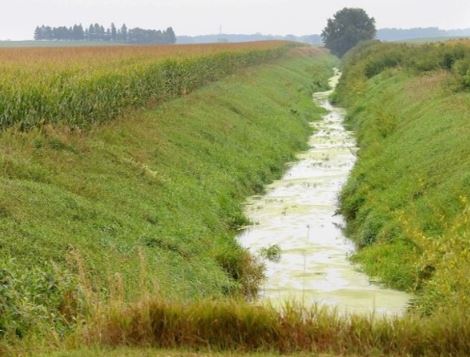 The first phase of the restoration project was enacted in the early 1990s and involved notifying property owners of their leaking septic systems. The systems were quickly repaired or replaced, and the affected areas of Saunders Branch responded immediately with decreased bacteria levels.