What does it take to keep Delaware’s waterways open and safe? The DNREC Shoreline and Waterway Management Section held a series of informational open house workshops in 2019 to share information about dredging and other waterway management operations in Delaware.

The workshops included a video, informational posters, and an interactive mapping project that let participants explore the Inland Bays waterways and mark areas for further attention by the state.

Asked whether the workshops met their needs, 88% of workshop participants said they were informative. 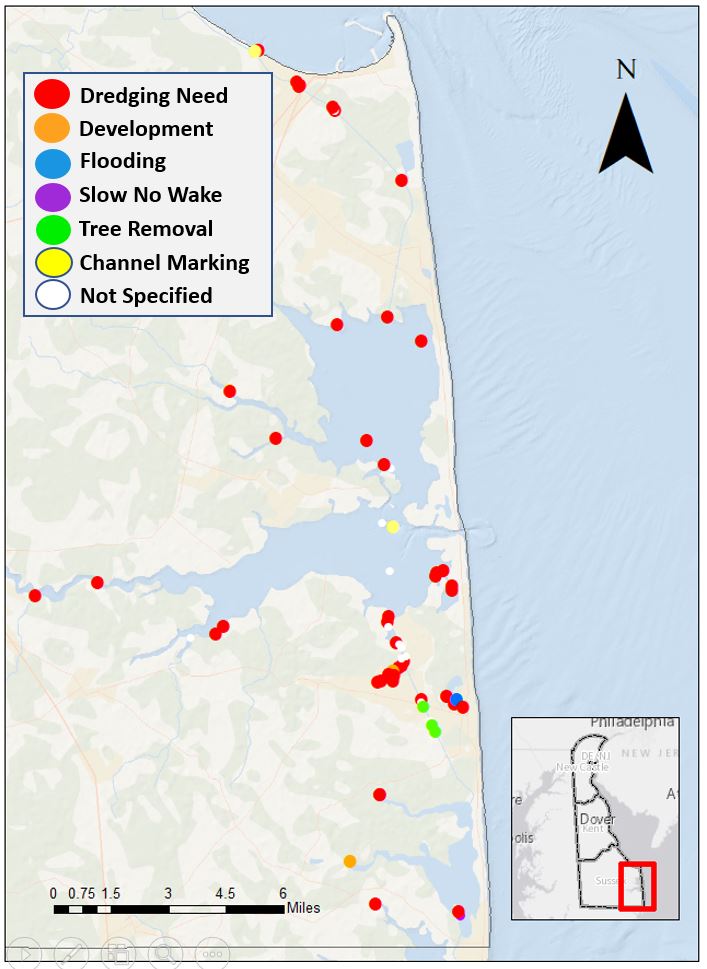 Workshop participants identified 75 navigational concerns during the interactive mapping portions of the workshops. Participants were asked to place stickers, with their concerns noted, on maps of the Inland Bays region. In this way, they were able to highlights both needs and locations of concerns.

Dredging needs were reported in 48 instances at locations all around the region.

Tree removal needs were reported in three cases, as were needs for channel marking.

Two concerns were reported that related to increased development surrounding a channel.

One concern with flooding was reported and one request was made for “slow/no wake” enforcement.

There were 16 instances where workshop participants placed a sticker on the maps but did not specify a navigational concern.

The Lewes-Rehoboth Canal, Indian River, and the Loop Canal tied for the second-most number of responses. Each received eight navigational concerns. 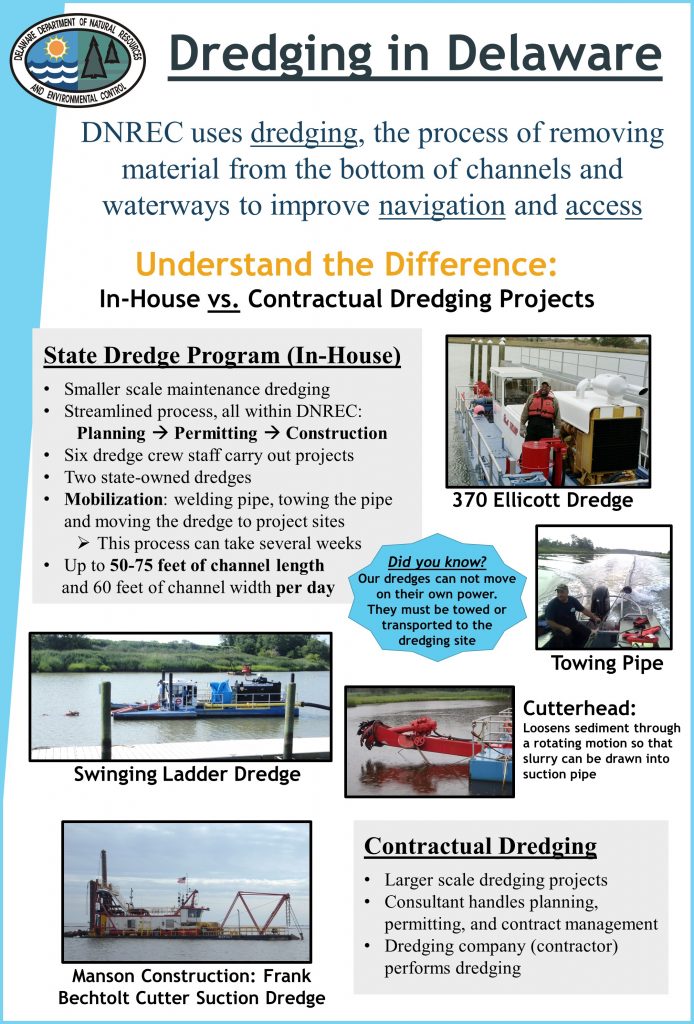 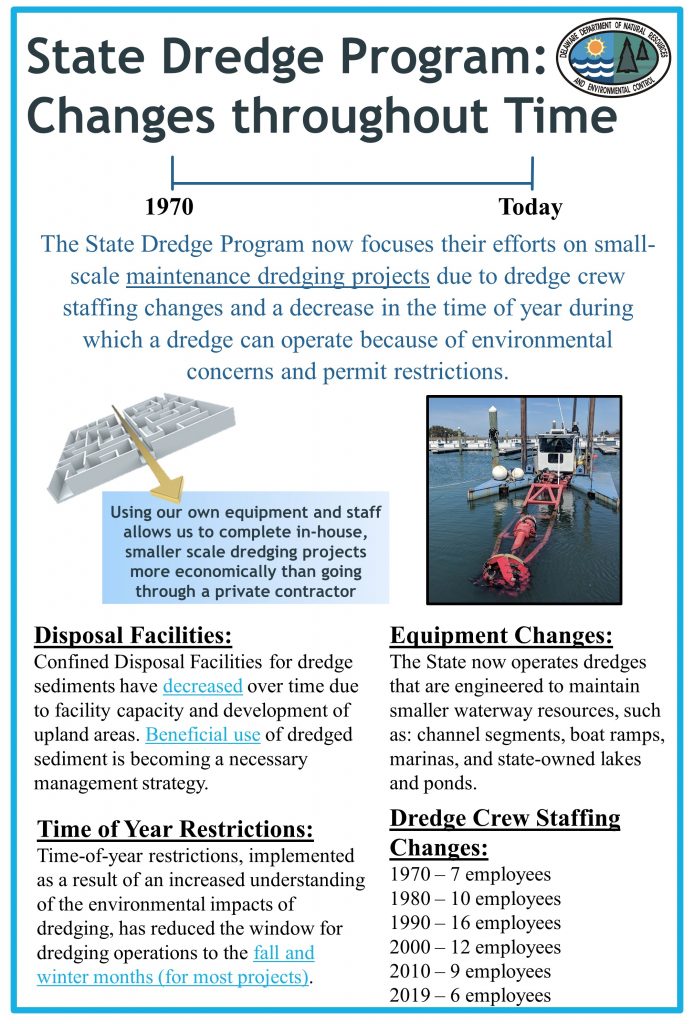 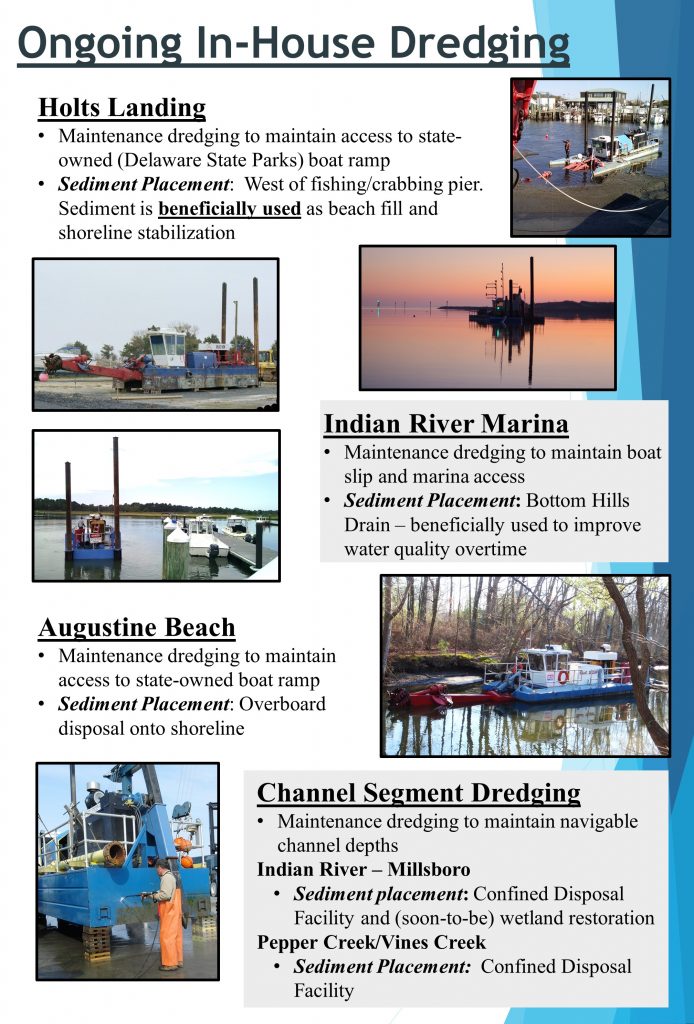 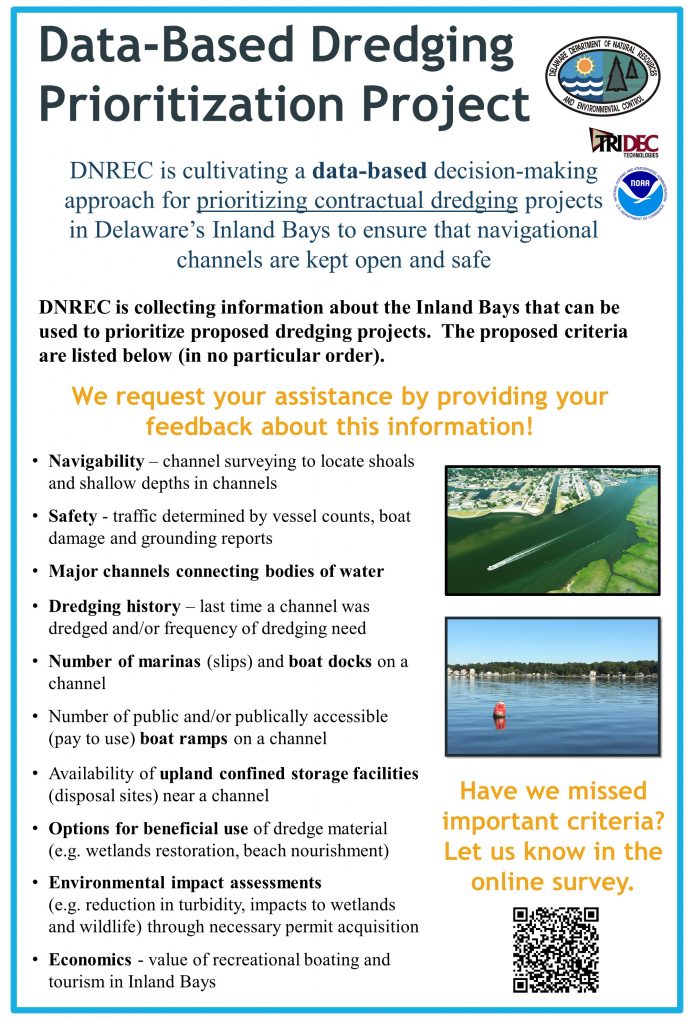 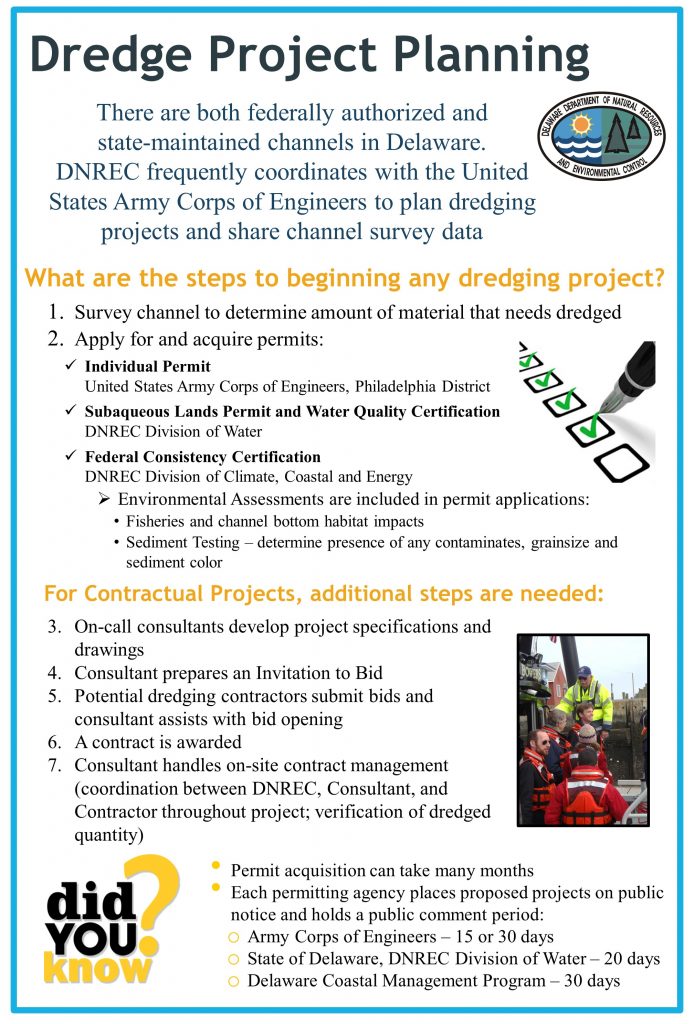 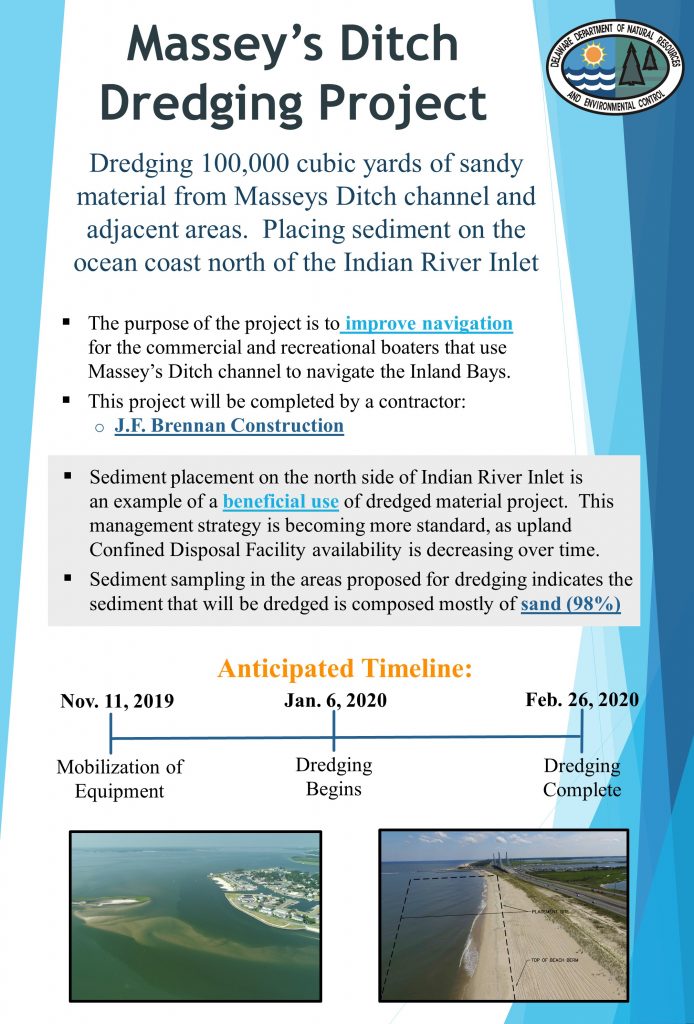 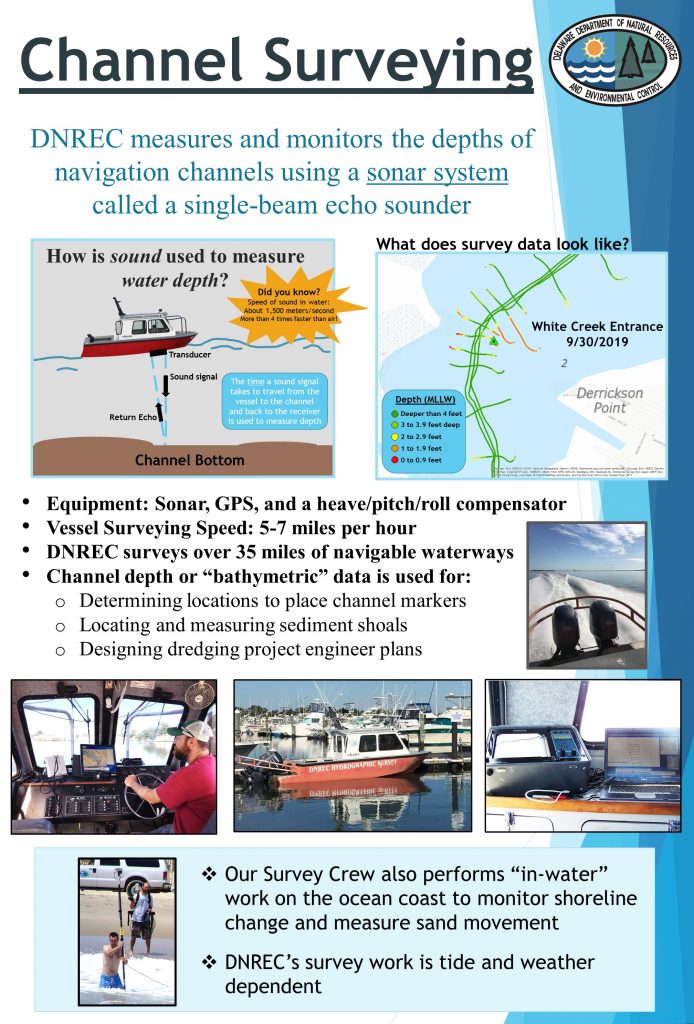 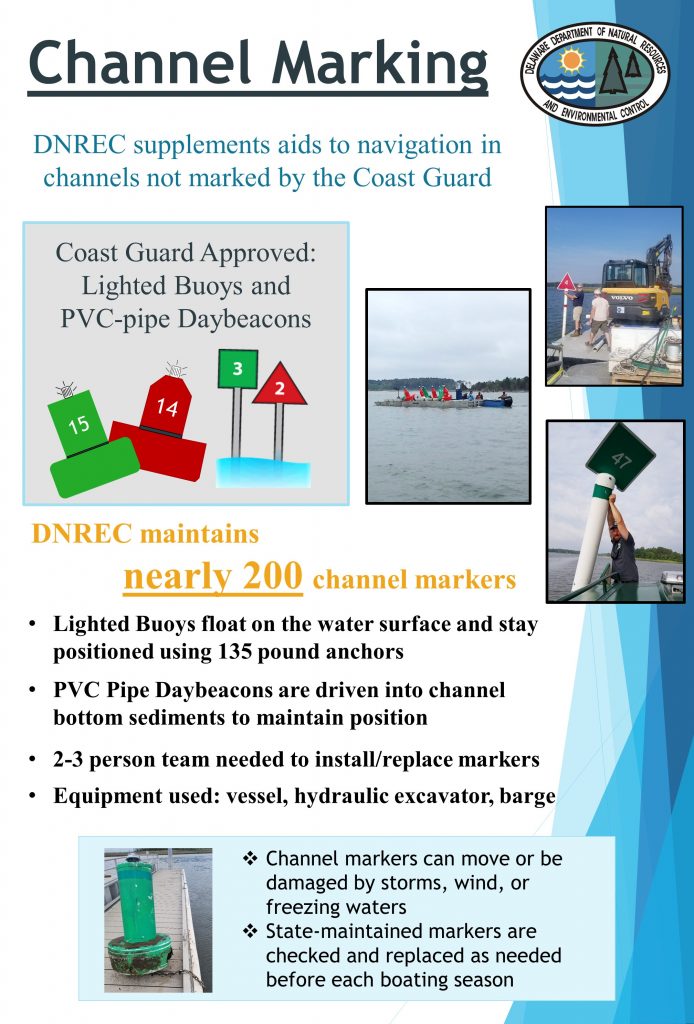