Piping plovers are small sand-colored shorebirds that nest and feed on the beach. They begin arriving and nesting on Delaware’s beaches in March. They generally migrate south by September.

Historically, most Piping Plovers have nested in Delaware at Cape Henlopen State Park.

Since 2016, Piping Plovers have also been nesting at Fowler’s Beach, in Prime Hook National Wildlife Refuge, where the number of breeding pairs have increased annually. 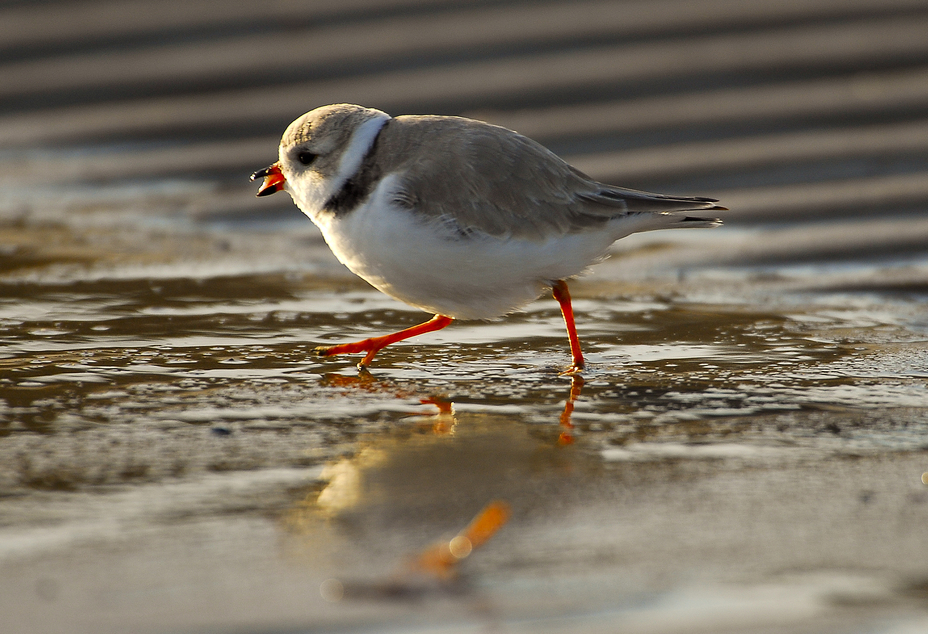 Since Piping Plovers were added to the federal Endangered Species List as “threatened,” protections of nesting areas have been instituted and the Atlantic Coast population has doubled.

As piping plovers begin arriving in Delaware, the DNREC Division of Fish and Wildlife monitors their activities, along with other beach-nesting species.

Areas that have been identified as suitable nesting habitat are closed in order to provide disturbance-free zones where the plovers can nest.

DNREC biologists continue to monitor the breeding plovers until the last chicks of the season have left for migration. 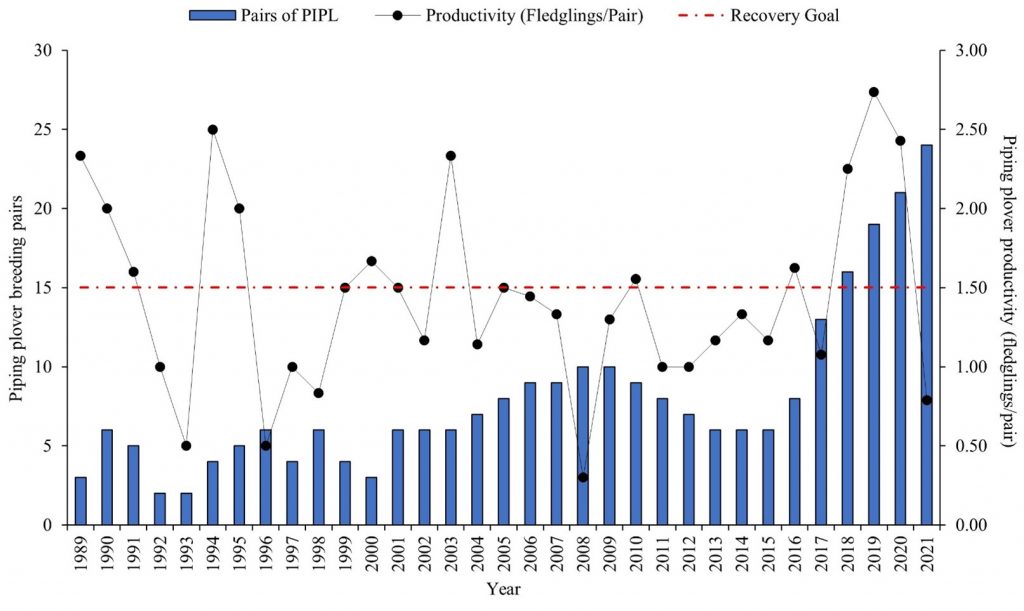 The state has tracked nesting pairs of Piping Plovers since 1989 and recorded the number of fledglings produced each year.

The average number of fledglings produced, per nesting pair, is a measure of productivity. The goal in Delaware is 1.5 fledglings per pair, on average.

The numbers of nesting Piping Plovers in Delaware has varied over time, from a low of two pairs in 2008 to a record high of 24 pairs in 2021.

To ensure continued breeding success, the Division depends on volunteers to help inform the public about the breeding progress of the plovers and the importance of staying out of closed areas.

Trespassers can cause adults to leave nests, exposing the eggs to sand temperatures of up to 120 degrees on a hot day, and can interrupt feeding efforts of adults and chicks. Well-fed, healthy birds have the best chance of survival and reproduction.

Volunteers who educate the beach-going public can help to prevent disturbance to plover adults and chicks.

Volunteers should be able to walk to monitoring stations on the beach, which can be as far as a half mile from parking areas. They will be trained to interact with the public and answer Piping Plover questions.

Be Aware and Be Careful

If you aren’t able to volunteer, you can follow some specific steps to enjoy the beach and share it with piping plovers and their chicks.

Please walk close to the water on the lower beach, so travel-weary birds can rest on the upper beach.

Birdwatching can be a great way to pass the time and maintain wellness. Keep your distance so the birds feel safe.

Where pets are permitted on the beach, please keep them leashed and away from birds.

Remove trash and food scraps which attract animals that might eat piping plovers and their eggs.

Do not feed animals on or near the beach.

Follow all other guidance on signs, and respect all areas fenced or posted for protection of wildlife. Your actions can benefit sea turtles, terns, American oystercatchers, and black skimmers, among other animals.