The Division of Fish and Wilfdlife uses electrofishing to safely sample fish populations in a variety of water bodies. Electrofishing is one of the most efficient sampling methods available to fisheries biologists. It uses an electric current to temporarily stun fish. This lets biologists sample and survey fish populations with minimal disturbance and risk to the fish. 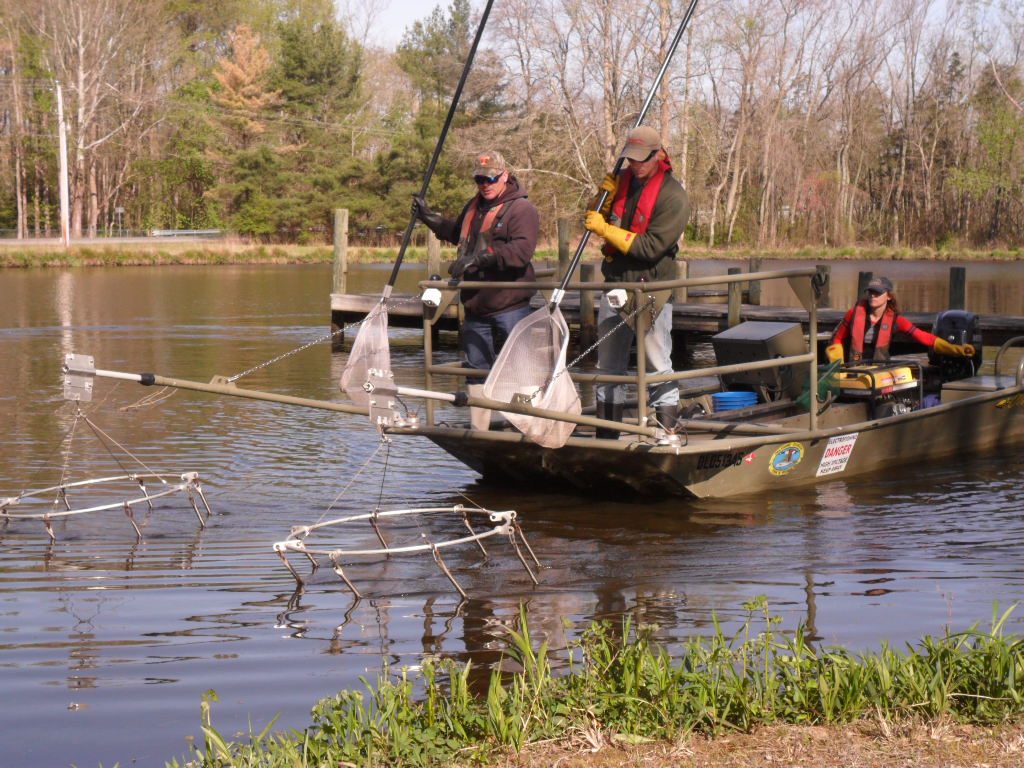 Electrofishing done properly by trained crews protects fish and helps biologists gather useful data. It is only allowed for use by permitted researchers in Delaware.

On the Division’s electrofishing boats, a generator powers a specialized electric unit. It has variable voltage and amperage adjustments, pulse-width indicators, and a timer. Crews operate the unit using a foot pedal wired to the unit and to a set of anodes (positive current) that hang off of the bow of the boat. Current is delivered into the water through the anodes. The metal hull of the boat acts as the cathode (negative current) to complete the circuit.

Pulsed, direct electric current causes galvanotaxis in fish. This is the involuntary muscle movement that causes the fish to swim toward the anode. Crews on the bow of the boat quickly net the fish and place them in an aerated on-board livewell. Within a few minutes, fish typically return to their normal state. Biologists record length and weight measurements and note markings, wounds, or abnormalities. For some research projects, a few scales are taken to determine the age of the fish. For some, fish are tagged to examine fish movement and angler catches. The fish are then released back into the water. 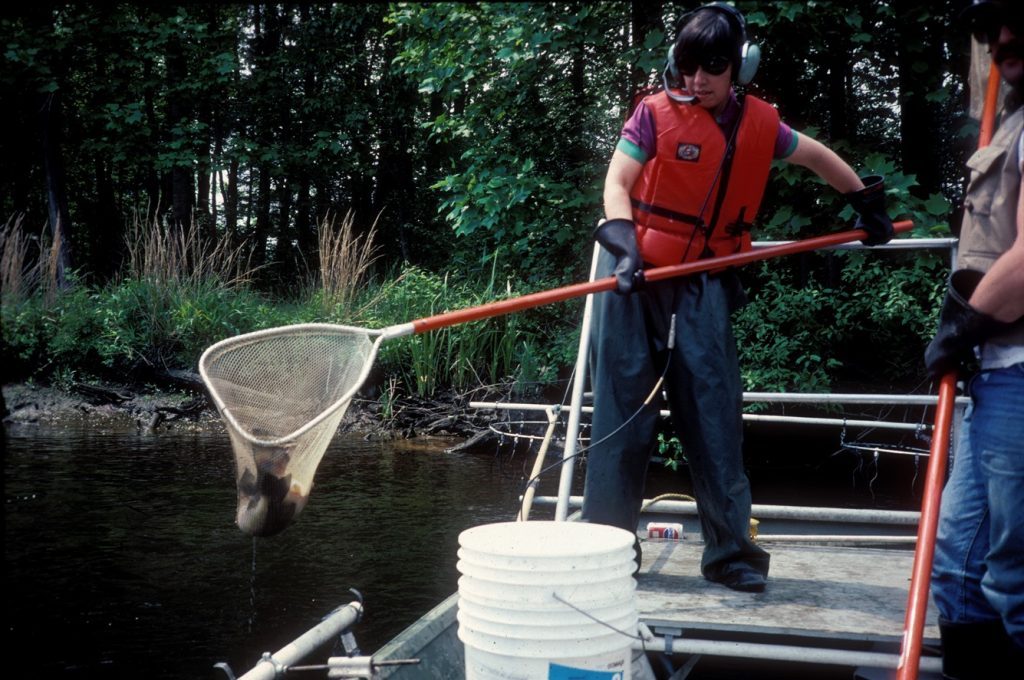 Water visibility, fish size, level of stunning, and crew experience can have an impact on catches. Fish that occupy deep areas or that inhabit the pond bottom, like most catfish, may not float up in time to be netted before they recover. Fish at the edge of the electrical field are often not fully stunned and may escape capture as well. Some species, such as chain pickerel, often move away from the area before the boat gets close enough to stun them.

Because not all fish in a water body can be collected, electrofishing results in a sub-sample of the population. And electrofishing is only effective in freshwater; more saline waters are too conductive to operate the unit.

Despite these limitations, electrofishing is a reliable method to collect target fish species. It helps determine fish abundance, species composition, and population structure with minimal impact to the fish populations.