Development of the state’s reef system began in 1995. It is part of a comprehensive management effort that helps sustain important fisheries, recreational fishing, and Delaware’s tourism industry. 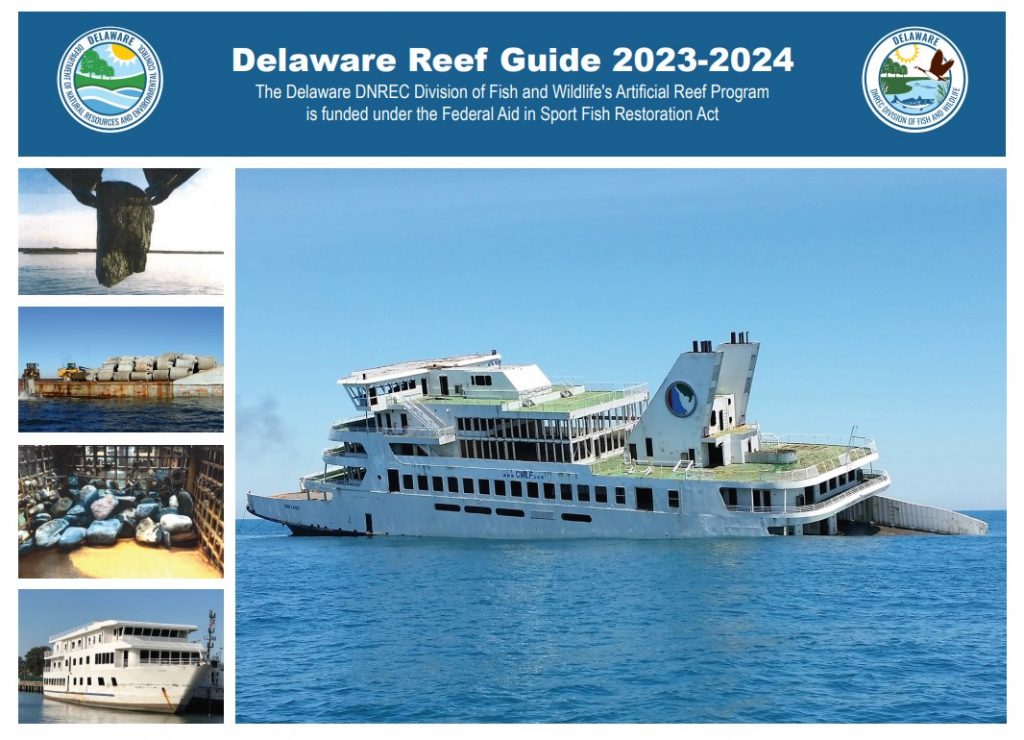 The reef system is detailed in the Delaware Reef Guide, which includes information about each location in the Artificial Reef System. Data about the system has been added to the Delaware Open Data Portal.

Artificial reef construction is important in the mid-Atlantic region. Near-shore ocean bottom in this region is usually featureless sand or mud. There are none of the natural rocky outcrops common in New England or coral reefs of the southeastern Atlantic coast.

Durable, stable, non-toxic reef materials can develop a rich invertebrate community. That community provides food and protection for reef fish such as tautog, seabass, scup, spadefish and triggerfish. Gamefish, such as bluefish, striped bass, and weakfish come to hunt the baitfish that congregate around reef structures.

A Growing Collection of Reef Materials

The most well-known reef site – The Redbird Reef – got it’s name from the “Redbird” paint scheme of the subway cars added in 2001. The New York City Metropolitan Transportation Authority donated more than 600 of the 51-foot long subway cars for the reef.

In 2018, a project to deepen the Delaware River navigational channel produced approximately a million tons of rock for the reefs. The US Army Corps of Engineers removed a layer of bedrock and cleared away glacial rock that washed downstream during the most recent ice age.

That rock, added to several reef sites, has proved to be one of the best reefing materials used by the program. Natural rock is a rare habitat type in the mid-Atlantic region. It supports a rich, diverse and novel invertebrate community, dominated by blue mussels.

In recent years, a series of larger ships have been added to the reefs. these have included the ex-destroyer USS Arthur W. Radford, the retired Coast Guard cutter the Zuni/Tamaroa, the MV Twin Capes, from the Cape May/Lewes Ferry fleet, former coastal freighter and military survey ship the Shearwater, and a retired Chesapeake Bay cruise ship.