Doing business with DNREC during the coronavirus period. More Info

The Emergency Response Branch is responsible for responding to petroleum and hazardous materials incidents in the state. Incidents can range from transportation-related spills to major threats such as weapons of mass destruction. The branch is led by the State Emergency Prevention and Response Chief, has four full-time State On-scene Coordinators (OSCs), as well as administrative support. 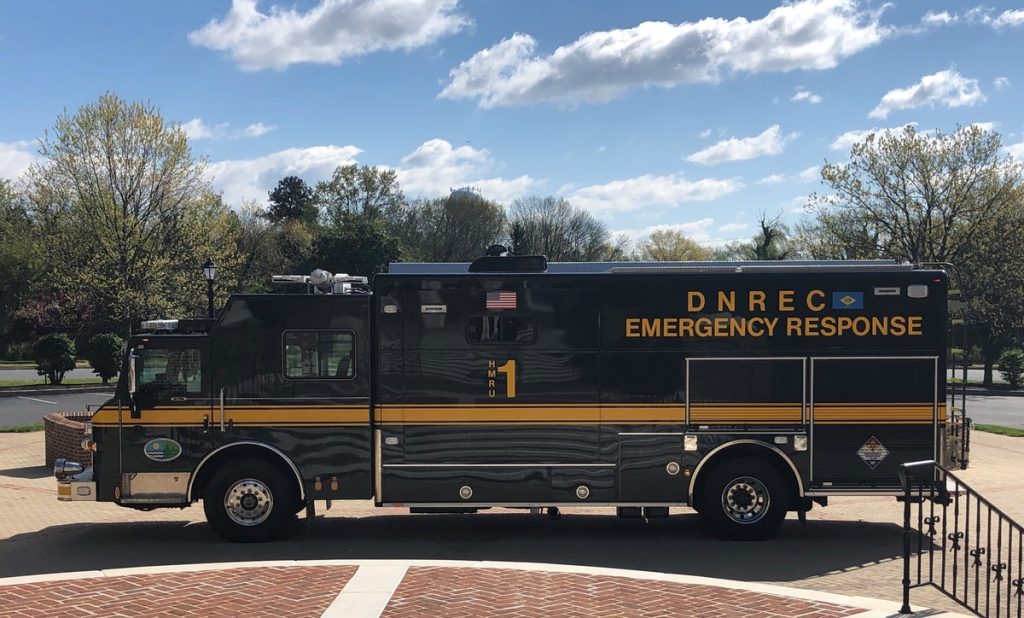 The team also responds outside the state in a cooperative relationship with neighboring states if the incident impacts Delaware.

The team is Delaware’s only FEMA Level I/II, public-safety hazardous materials response team. At full complement, it is 30 responders strong.

DNREC’s Emergency Response Team manages and controls the “hot zone” of an incident, including:

In New Castle County, DNREC’s Emergency Response Team is supported by the New Castle County Volunteer Firefighter Hazmat Decon Team. That team is made up of the Elsmere, Cranston Heights, Five Points, and Belvedere fire departments with Hazmat 30 and CAT 30.

In Sussex County, the DNREC Team is supported by the Sussex County EMS Hazmat Decon Team and the Millsboro Fire Company with Hazmat 83.

Part of a Statewide Response Team

The SERT implements the Incident Management System, a standard system for organizing state/county agency response to a hazardous substance release or a significant oil release.

As part of the SERT, DNREC’s Emergency Response Team is responsible for directing and coordinating activities related to scientific evaluation including interpretation of monitoring results, planning control and remedial actions, and the development of sampling plans. In addition to responding to incidents, the team preplans and coordinates response issues both internally and externally.

The Emergency Response Branch maintains multiple response vehicles, decontamination equipment, and response and spill containment trailers. These units contain equipment and materials that are necessary to respond to most petroleum and other hazardous substance releases.

The Emergency Response Team responds to a variety of incidents, such as: