Natural Resource Damage Assessment and Restoration (NRDAR) is the process used to determine whether natural resources have been injured, destroyed, or lost as a result of a release of hazardous substances or oil, and to identify actions and funds needed to restore such resources. NRDAR is authorized by several state and federal environmental laws.

At the federal level, NRDAR authority is part of the Comprehensive Environmental Response, Compensation and Liability Act of 1980 (CERCLA), Oil Pollution Act of 1990 (OPA) and the Clean Water Act (CWA).

Both CERCLA and OPA define “natural resources” broadly to include “land, fish, wildlife, biota, air, water, groundwater, drinking water supplies, and other such resources…” Both statutes limit “natural resources” to those resources held in trust for the public, termed Trust Resources.

The state of Delaware also has independent authority for NRDAR under the state’s Hazardous Substance Cleanup Act (HSCA).

These laws provide for recovery from the Potentially Responsible Parties (PRPs) of damages (money or other compensation) for injuries to natural resources and the costs of assessing those damages, if those injuries are due to releases of hazardous substances, or oil.

Damage to natural resources is recoverable by the agencies having jurisdiction over those resources, known as “Natural Resource Trustees.”

For state resources, including fish, wildlife, wetlands, forests, groundwater, and recreational uses, the Trustee (delegated by the Governor) is the Secretary of DNREC. The Secretary has further delegated this function to staff from the Divisions of Waste and Hazardous Substances, Fish and Wildlife, and Water.

Federal Trustees generally involved in Delaware cases include the National Oceanic and Atmospheric Administration (NOAA) and the U.S. Fish and Wildlife Service (USFWS). 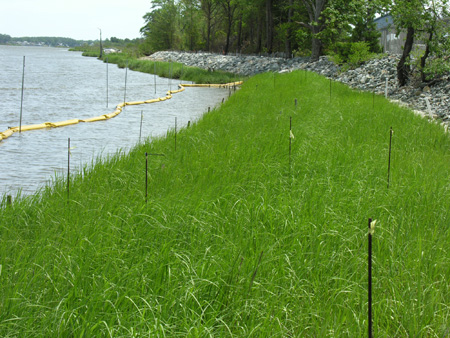 Much of the natural resource damage assessment and administrative work is conducted by case managers in the DNREC Remediation Section, which manages the Hazardous Substances Cleanup Act (HSCA) program, as well as state involvement in the Superfund program. A Deputy Attorney General handles legal issues.

Generally, the Trustees will attempt to engage in a cooperative assessment process with Potentially Responsible Parties. This approach can often result in more cost-effective assessments and a reduction in the need for “defensive” studies on both sides. The Trustees also generally promote integration of restoration with remediation to allow quicker and less costly accomplishment of both goals at once.