White-tailed deer are one of the most important wildlife species managed in Delaware. Wildlife-watchers, photographers, and hunters flock to the state in pursuit of deer. They contribute millions of dollars each year to the state’s economy.

At the same time, deer cause millions of dollars in damage to crops, landscaping and vehicles. Managing the deer population to meet recreational interests and reduce damage is a challenging and controversial process.

The white-tailed deer is the most commonly pursued game species by Delaware sportsman. Surveys show more hunters pursue deer than all other game species combined. Deer are both challenging to hunt and offer a bountiful supply of venison.

A History of Deer in Delaware

White-tailed deer (Odocoileus virginianus) were common in Delaware when European settlers first arrived. By the mid-1800s, though, hunting and habitat destruction had reduced the herd.

The state banned deer harvest 1841. It it remained illegal to harvest deer in Delaware until 1954, when the population had rebounded. A total of 505 deer were taken in the first deer hunting season. It was a three-day season allowing harvest of either sex.

Since then, the deer population has remained high. Unlike other states, Delaware has maintained an either-sex season since the hunt’s start. 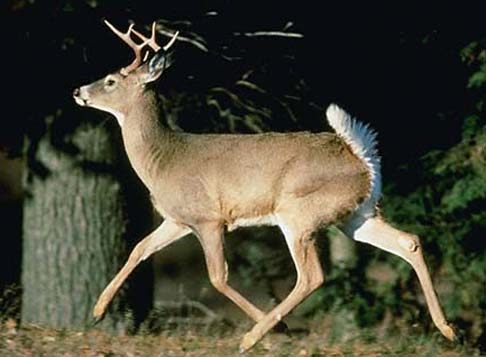 The deer population increased and the herd’s range expanded as habitat was restored. In an attempt to slow the population growth rate, harvest seasons and bag limits were liberalized. The extended hunting season and larger seasonal bag limit are a key part of Delaware’s deer management program.

The program has cultivated a healthy, sustainable white-tailed deer herd. Delaware’s deer harvest totals from each of the past three seasons have ranked in the top five all-time. The harvest for the 2015/16 season set a new record with 14,681 deer taken, topping the previous high total of 14,669 from 2004/05.

Deer hunters in Delaware don’t have to look far to find a place to hunt. About 10% of land in Delaware is state-owned, and open for public hunting.

Delaware is divided into 18 Wildlife Management Zones. Within each zone are many public hunting opportunities. While some may overlook the state for white-tail trophy potential due to its small size, the number of quality bucks harvested per square mile in Delaware is comparable to the Midwest and other areas considered “prime” deer hunting regions.

Delaware’s total deer population was previously unknown. Information gained from this survey was a great help. The survey showed that Delaware has areas in which the white-tailed deer population exceeds the state’s carrying capacity.

Due to habitat loss associated with increased development, humans and deer are intermixing more now than ever. This interaction can lead to conflicts such as crop and landscaping damage, deer-vehicle collisions, and the spread of diseases.

To reduce the deer population in urban areas, the Division, in conjunction with the Division of Parks and Recreation, conducts several managed deer hunts in New Castle County each year.