The 2023 spring wild turkey hunting season will run from April 8 through May 6, 2023. A special one-day hunt for youth and non-ambulatory hunters is set for April 1, 2023.

Resident and non-resident hunters age 13 and older must have a valid Delaware Hunting License and pass a turkey hunting course approved by the DNREC Division of Fish and Wildlife before they can legally hunt turkeys in Delaware.

There is no Sunday hunting of turkeys. The bag limit is one turkey per year. Bearded turkeys only.

Turkey hunting hours are one half-hour before sunrise until 1 p.m.

All turkeys must be checked at an authorized turkey check station by 2:30 p.m. on the day the bird is harvested. 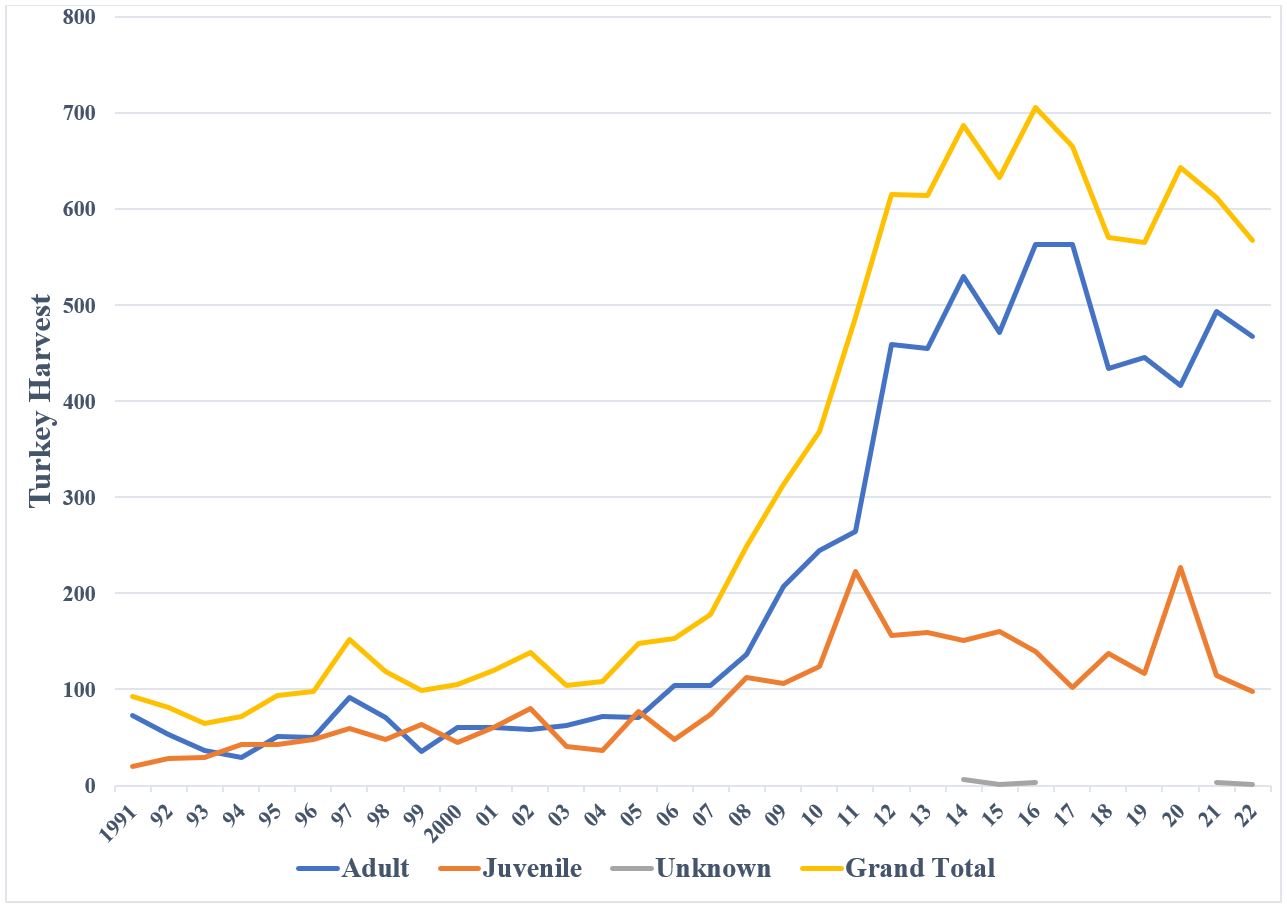 A total of 567 wild turkeys were harvested during the 2022 season, down slightly from the previous year.

The season ran from April 9 to May 7, 2022, with a special hunt day on April 2 for youth and non-ambulatory persons.

Most wild turkeys harvested in 2022 (469 – 82.9%) were taken from private lands, while the remaining birds were harvested on public lands.

The harvest of 98 turkeys (17.1% of the total) taken from public lands was less than the previous year by 14 turkeys but remains historically high. 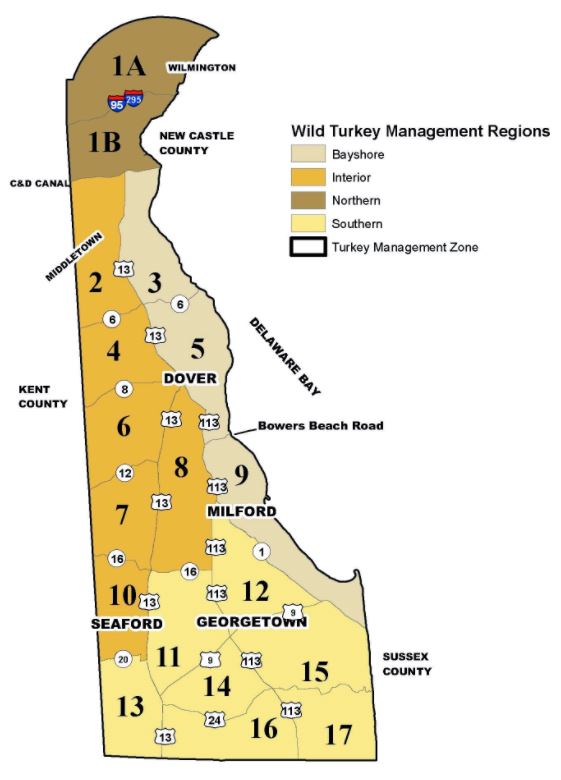 Delaware is divided into four wild turkey management regions, made up of 18 wildlife management zones.

Nearly half (48.4%) of harvested wild turkeys in 2022 (273) were taken in the interior region, which runs along the western side of the state from the C & D Canal south to the Seaford area.

Seventy-six wild turkeys, (13.5% of the harvest) were taken from the Bayshore region.

On April 2, 28 wild turkeys were harvested during Delaware’s annual hunt day for youth and non-ambulatory persons. This one-day harvest event was up slightly from last year’s 25 birds, and just shy of the record high of 30 birds.