Delaware’s Wetlands Status and Trends reports are based on the results of wetland trends analyses performed by the U.S. Fish and Wildlife Service’s National Wetlands Inventory (NWI) Program for Delaware’s Department of Natural Resources and Environmental Control. Two reports have been published, one in 2001 and another in 2011. 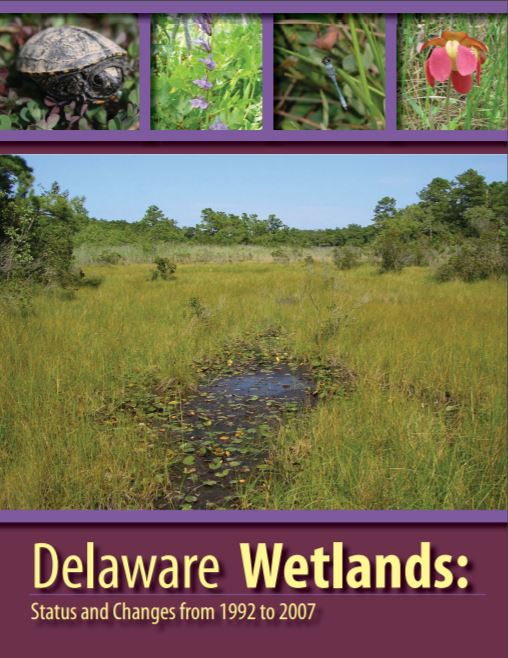 The two studies involved a comparison of aerial photographs from the early 1980s vs. the early 1990s and then again for 1992 vs. 2007. In both studies, wetland trends were identified as going to (loss) or coming from (gain) a specific land use or land cover type.

Based on the 2007 study, as much as 25 percent of Delaware was covered by wetlands, with over 320,000 acres inventoried. Tidal wetlands represented about 23 percent of the State’s wetlands while non-tidal wetlands comprised the remainder.

Delaware may have lost as much as 54 percent of its wetlands since the 1780s. The most recent study indicates that Delaware lost almost 50 percent more wetland acreage during the span of 1992 to 2007 compared to 1981/2 to 1992.

In addition to the wetland stressors listed in the report, there are additional up and coming stressors to wetland resources.

The DNREC Division of Climate, Coastal and Energy is developing a Climate Action Plan.

What Wetlands Are at Risk?

Despite improved public-sector collaboration, increased research, and successful restoration efforts, Delaware’s wetlands faced many challenges during the 15 year period between 1992 and 2007.

Recent U.S. Supreme Court decisions have reduced the wetland acreage covered by regulations, while the real estate boom intensified pressure for development and infrastructure construction, which often produces direct and indirect impacts to wetlands such as increased flooding and degraded water quality. 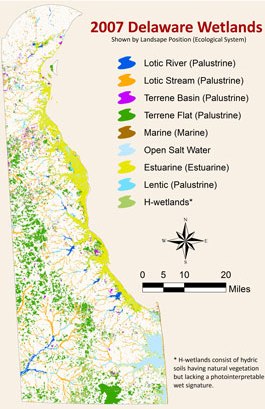 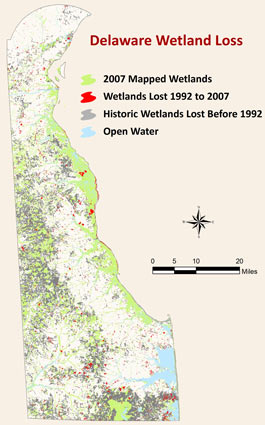 The U.S. Fish and Wildlife’s Status and Trends of Coastal Wetlands Report 2013