Sea levels are rising today at a rate of about one inch every decade. As the Earth warms, sea levels will rise at a faster pace, resulting in tide levels that could be between 1.6 and 4.9 feet higher than they are today. This is a statewide issue: all three counties and 31 of the state’s 57 cities and towns will be directly impacted. A significant portion of the state’s transportation and other infrastructure is also at risk.

Starting in 2009, a wide range of stakeholders came together to study the potential impacts of sea level rise to Delaware and to discuss and document issues of particular importance to them. They became the Delaware Sea Level Rise Advisory Committee and established working groups to investigate various technical issues. They started with an Issue Characterization Workshop (Summary Document) in March of 2009 and initiated a public survey of Delaware residents’ opinions on climate change and sea level rise. The survey was taken in 2009 and again in 2014. The report was updated in 2017.

Ultimately, they produced a series of “Preparing for Tomorrow’s High Tide” reports which have served to guide state and local actions in response to the challenges of a coastal state in a time of climate change. 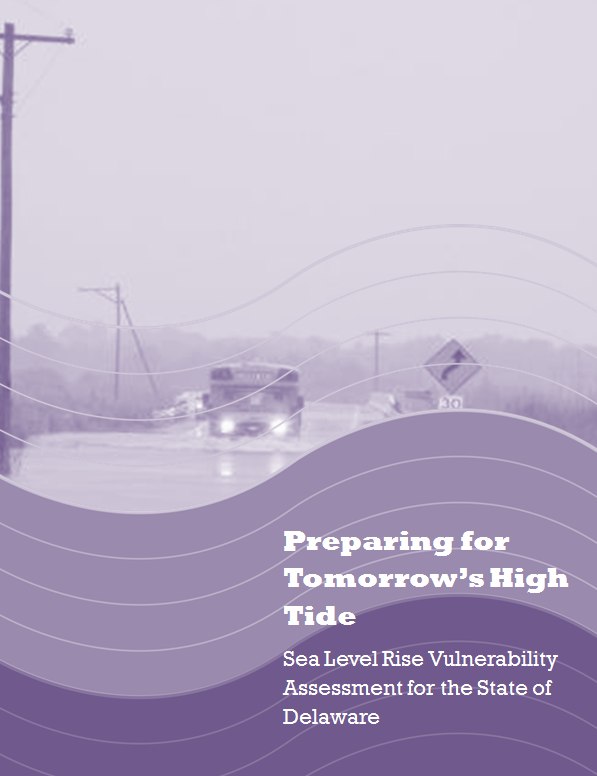 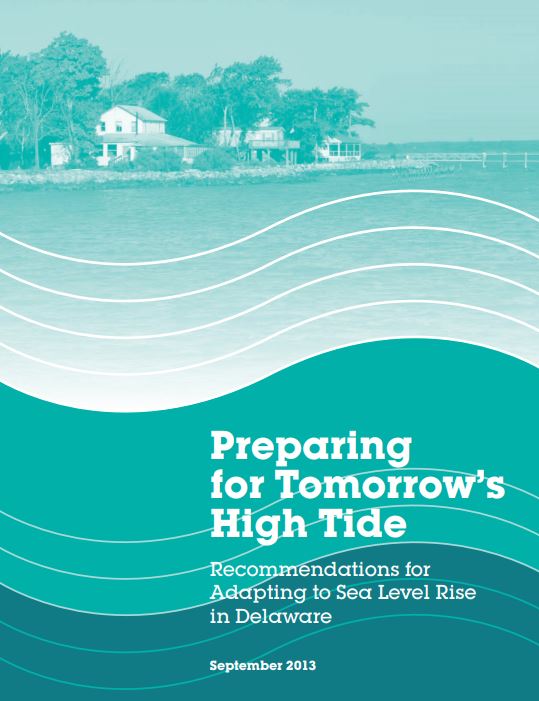 Recommendations for Adapting to Sea Level Rise in Delaware
(September 2013) 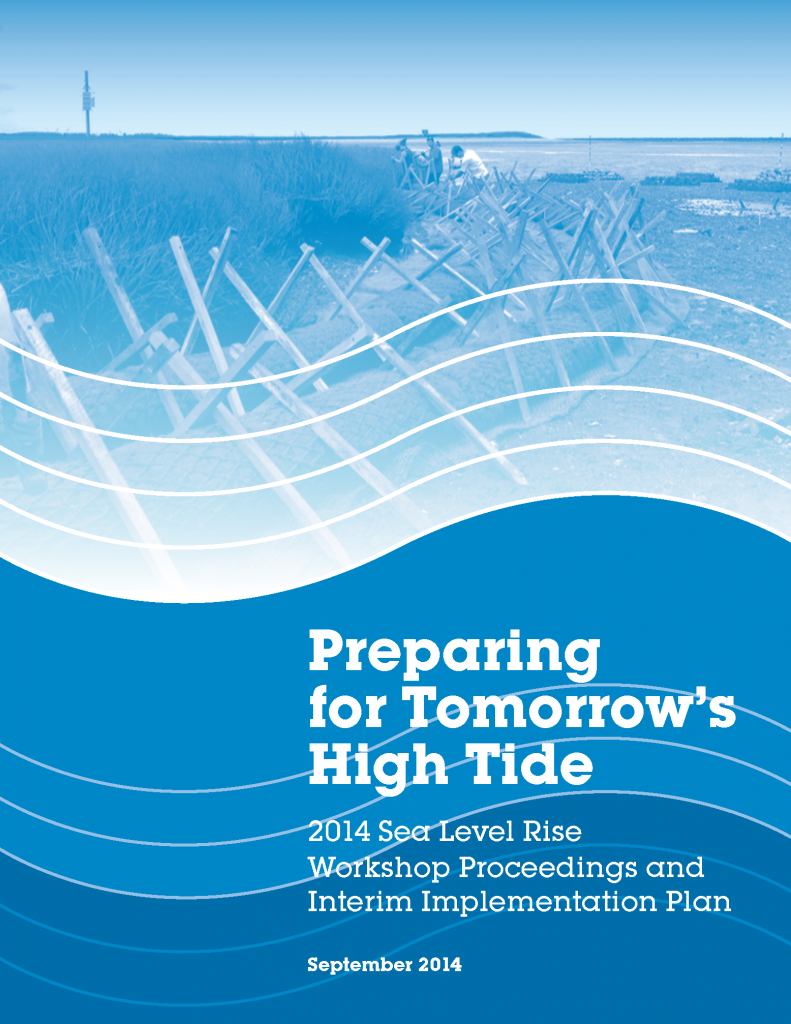