The Department of Natural Resources and Environmental Control (DNREC) has initiated a series of public perception surveys to measure the Delaware public’s knowledge of, and interest in, the issues of climate change and sea level rise. The latest survey was conducted in November and December 2019. Surveys were also conducted in 2009 and 2014.

Attitudes, perceptions and knowledge about climate change and sea level rise are rapidly evolving. Climate change stories are in the headlines almost daily, politicians are increasingly discussing the need to act and weather events like coastal hurricanes and nor’easters have brought the potential impacts of climate change home to many on the East Coast.

Given this changing landscape, it is important for decision-makers, educators and others to have locally based and up-to-date information about public attitudes and perceptions about climate change so that plans, projects and outreach materials can be specific and tailored for Delaware. 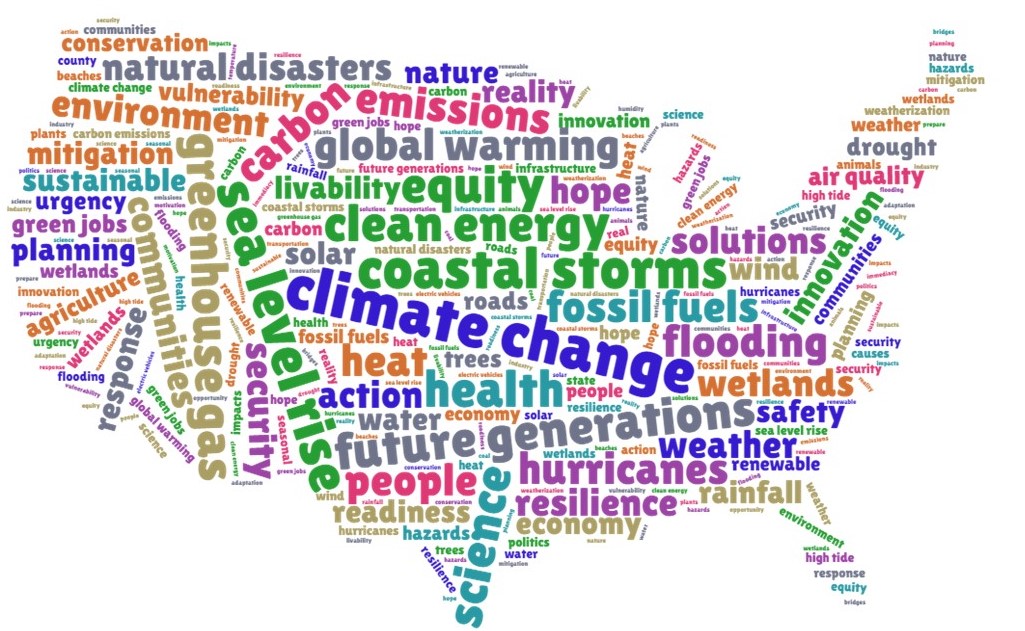 According to the latest survey, most Delawareans believe climate change and sea level rise is happening, and a majority say we should act now to reduce their impacts.

The survey, commissioned by DNREC’s Division of Climate, Coastal and Energy and supervised by the University of Delaware’s Center for Political Communication, was conducted by Standage Market Research from November 17 to December 1.

77% of Delawareans are completely or mostly convinced that climate change is happening, and 70% say we should take immediate action to reduce its impact.

70% are completely or mostly convinced that sea level rise is happening, and 63% say we should take immediate action to reduce its impacts.

56% say they have personally experienced or observed local impacts of climate change. This is similar to responses in a 2014 survey sponsored by DNREC (53%).

56% of Delawareans think climate change will personally harm them a great deal (21%) or a moderate amount (35%).

Read a summary report of the findings, or read the complete Delaware Residents’ Opinions on Climate Change and Sea Level Rise.

Delaware Coastal Programs contracted with Responsive Management, Inc. in 2009 to conduct a baseline survey and analysis about the general knowledge of climate change and sea level rise, general knowledge of potential impacts and support for action. The survey was repeated in 2014 by Responsive Management, Inc. with funding and technical assistance from the DNREC’s Delaware Coastal Programs, the Division of Climate, Coastal and Energy, and Delaware Sea Grant. The 2014 survey utilized the same methodology as the 2009 survey and was based upon the same set of questions. 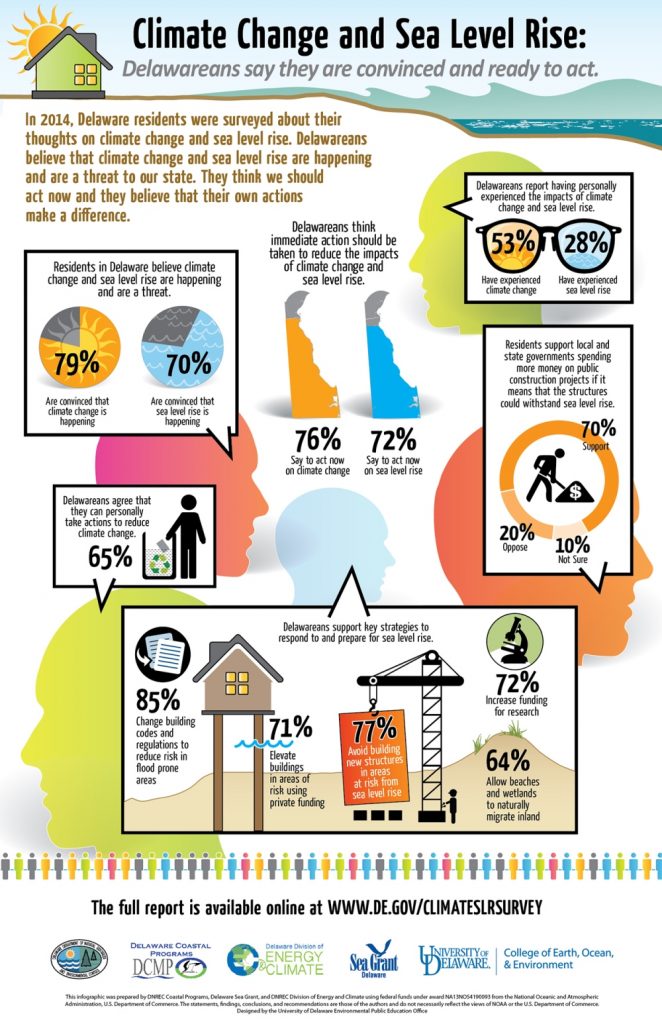 Overall, the 2014 survey indicated that Delaware residents had become slightly more supportive of, or agreeable to, the concepts and actions related to climate change and sea level rise since the 2009 survey. Survey respondents in 2014 were also slightly more likely to consider climate change and sea level rise threats, but concern for both did not increased substantially.

Presentation on the survey for the Partnership for the Delaware Estuary’s Science and Environmental Summit (January 26, 2015)