DNREC’s tick program conducts year-round, statewide active and passive surveillance for ticks and tick-borne pathogens. Knowing when and where different tick species occur in the state, and whether or not they’re infected with pathogens such as the agent of Lyme disease, helps protect public health.

There are five species of tick commonly found in Delaware. Learn how to identify them and what health issues they might cause.

While Lyme disease is the most common tick-borne infection in Delaware, there are other tick-associated diseases to be aware of in case you suffer a tick bite.

Use the Tick Interactions Form to report any interactions you have had with a tick and get information you need.

Ticks live in different habitat types throughout Delaware and can be active year-round. Learn how to protect yourself from ticks and what to do if you get a tick bite.

There are things you can do to stay safe from ticks around the home including yard maintenance, protecting your pets and various tick population control methods.

Delaware has one of the highest incidences of Lyme disease in the country, according to the Centers for Disease Control and Prevention. The tick-borne disease can have serious human health consequences.

DNREC and the Department of Health and Social Services (DHSS) have worked together to control ticks and Lyme disease for many years.

In the early 2000s, the two agencies created a partnership to increase public education about Lyme disease and address transmission of the disease by ticks. The partnership focused on the DNREC Mosquito Control Section and the DHSS Division of Public Health.

A final report from the task force made seven recommendations, with implementation plans. Parts of the report were based on earlier plans outlined by the DNREC and DHSS partnership.

Based on that report, the General Assembly added tick control to the mission of the DNREC Mosquito Control Section (80 Del. Laws, c. 401).

The overall goal of the Delaware Tick Program is to better understand the biology and ecology of Delaware ticks and the problems they cause, including how to best cope with those problems.

The program works to: 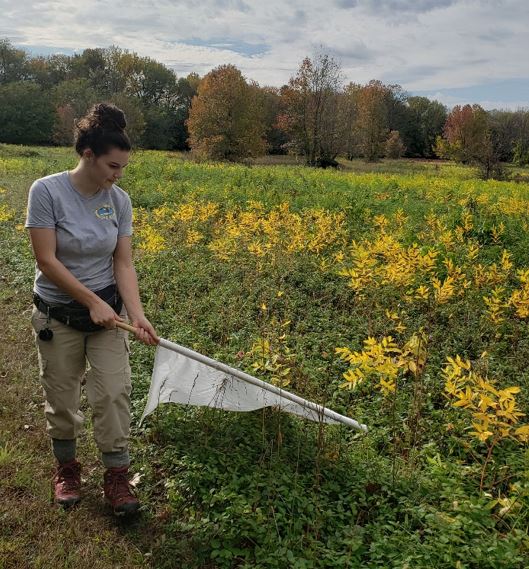 Ticks are collected at state parks and other public lands by a technique called “dragging,” in which a white flag is dragged across vegetation.

Ticks seeking a host in the vegetation (“questing”) will grab onto the flag as it goes by and can be easily seen and collected.

Ticks are also collected from pets and other animals via collaborating veterinary professionals, and from hunter-harvested game animals.

Collected ticks are killed, preserved in ethanol, and classified by species, sex and life stage.

The ticks are screened for pathogens in a molecular biology laboratory at Delaware Technical Community College, to identify hot spots where tick-borne pathogens are most prevalent.

To learn more about ticks in Delaware, read the following articles published by DNREC Tick Program personnel and colleagues.