Although Earth’s climate has changed naturally throughout its history, research has shown that the climate is warming rapidly as a result of increasing concentrations of greenhouse gases in the atmosphere.

What is Climate Change? 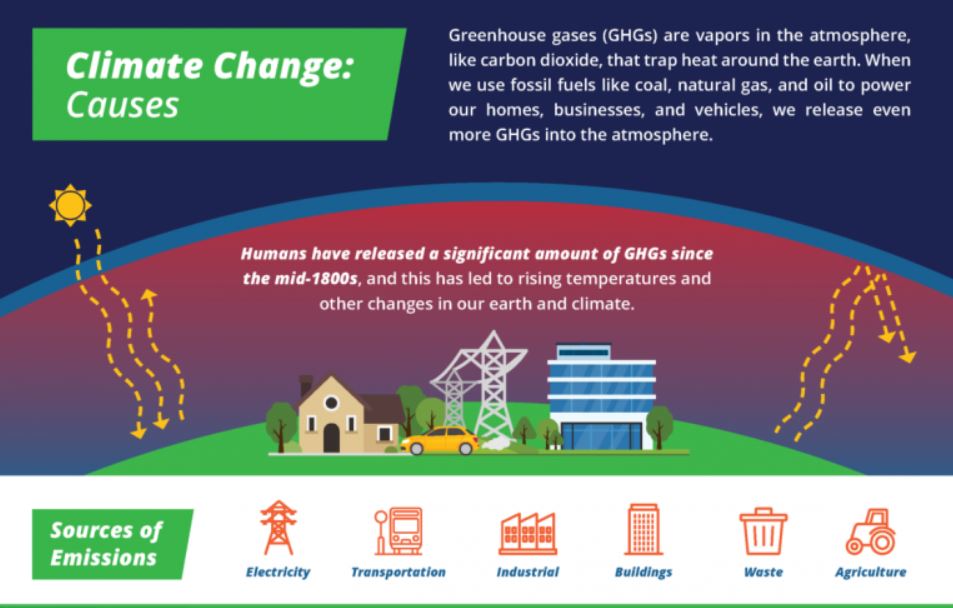 Climate differs from weather in that weather highlights short term conditions, such as whether it will be sunny or rainy today. Climate, by contrast, monitors atmospheric conditions over extended periods. In short, climate is what you expect – hot summers – while weather is what you get on a given day – like thunderstorms.

The Office of the Delaware State Climatologist is the principal scientific extension service for weather and climate information for Delaware. The Office resides within the Department of Geography and Spatial Sciences and the College of Earth, Ocean and Environment at the University of Delaware.

How Do Human Activities Contribute to Climate Change? 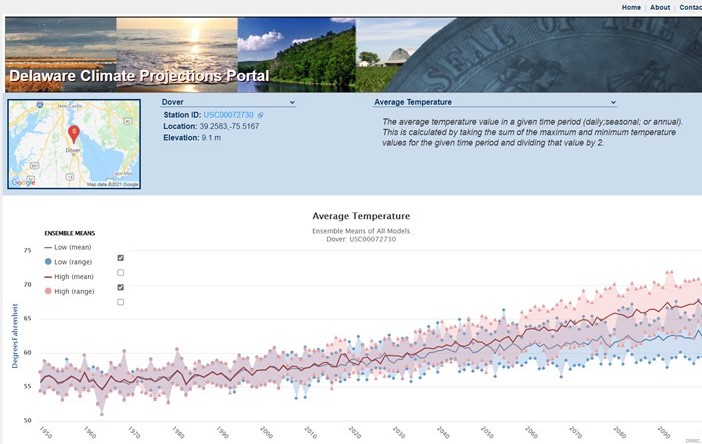 While carbon dioxide occurs naturally in the atmosphere, atmospheric levels never reached above 300 parts per million at any point in the last 800,000 years. Additionally, the yearly rate at which carbon dioxide levels are currently rising in our atmosphere is about 100 times faster than previous natural increases.

All of this affects our climate because carbon dioxide is a greenhouse gas, a type of gas with the ability to trap heat around the earth.

What Are Greenhouse Gases?”

Greenhouse gases (GHGs) are vapors in the atmosphere that trap heat around the earth. When we use fossil fuels like coal, natural gas and oil to power our homes, businesses and vehicles, we release GHGs into the atmosphere. Humans have released a significant amount of GHGs since the mid-1800s, and this has led to rising temperatures and other changes in our earth and climate.

Carbon Dioxide (CO2) is the primary greenhouse gas contributing to recent climate change. It is absorbed and emitted naturally as part of the carbon cycle. However, human activities, such as the burning of fossil fuels and changes in land use, release significant additional amounts of CO2 into the atmosphere.

Methane (CH4) is produced through both natural and human activities, though human activities have sharply increased methane concentrations in the atmosphere through most of the 20th century. Fossil fuel production and transport, landfills and agricultural practices all emit methane.

Water Vapor is the most abundant greenhouse gas and also the most important in terms of its contribution to the natural greenhouse effect, despite having a short atmospheric lifetime. Some human activities can influence local water vapor levels. However, on a global scale, the concentration of water vapor is controlled by temperature, which influences overall rates of evaporation and precipitation. 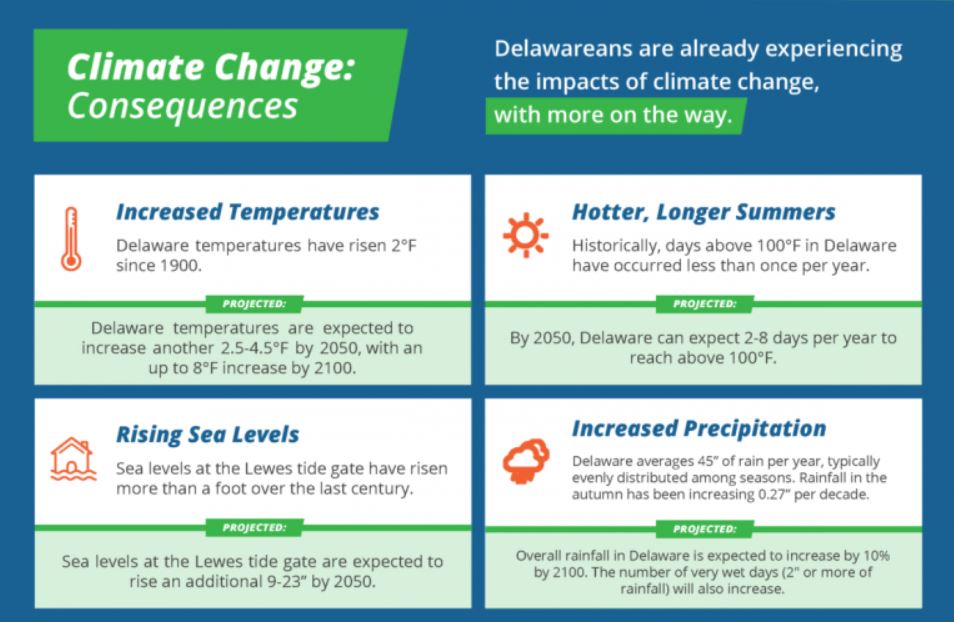 How Does Climate Change Impact Delaware?

Because the earth is a complex system, the impacts of climate change look different depending on where you are in the world. Still, all of the known impacts — temperature increases, heat waves, more frequent and longer droughts, changes in growing seasons and precipitation patterns, more extreme weather and sea level rise, among others — can directly or indirectly affect ways of life, traditions, jobs, public health and economies.

In Delaware, the biggest impacts we are witnessing now include increased temperatures, rising sea levels and more frequent intense storms.