Abbott’s Mill Pond was created over 200 years ago by damming Johnson Branch in order to power a grist mill. The pond covers approximately 25 acres on Johnson Branch, a tributary near the headwaters of the Mispillion River watershed. The pond is now maintained as part of the Abbott’s Mill Nature Center used for public education and recreational activities.

Runoff from agricultural and residential areas caused high bacteria levels in Delaware’s Abbott’s Mill Pond. As a result, the DNREC added the pond to the 303(d) List for bacteria. Watershed stakeholders provided technical assistance and installed agricultural BMPs in the pond’s watershed, causing bacteria levels to decline. As a result, the DNREC removed Abbott’s Mill Pond from the state’s 2006 303(d) List for bacteria.

Monitoring data collected in the late 1990s indicated that Abbott’s Mill Pond failed to meet the state’s Enterococcus bacteria numeric criterion, which requires the annual geometric mean to be less than 100 colony-forming units per 100 milliliters, and was added to Delaware’s 303(d) List in 1998.

In 2006, the U.S. EPA developed a TMDL to address the nutrients and bacteria loading throughout the Mispillion River watershed, which includes Abbott’s Mill Pond. To achieve TMDL targets and meet water quality standards in the pond, the TMDL required a 57% reduction in nitrogen and phosphorus loadings and an 87% reduction in bacteria loadings from the surrounding watershed. 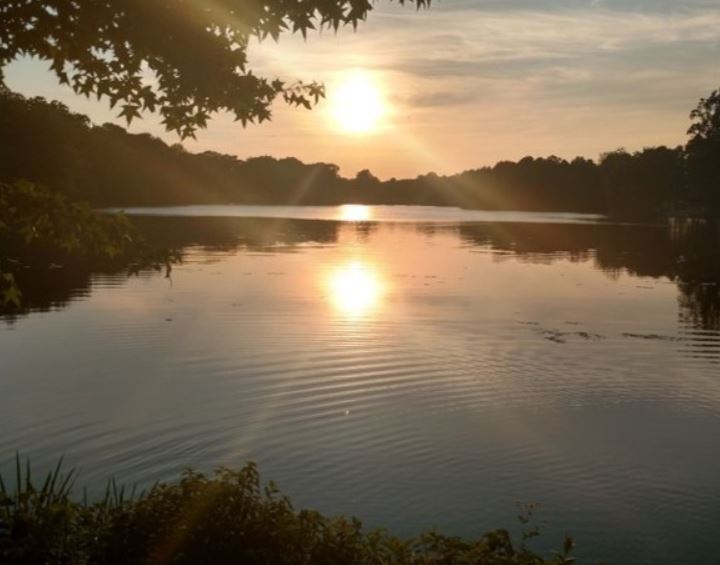 Between 2002 and 2014, watershed partners worked with landowners to implement:

Bacteria levels in the pond have decreased in response to the more than 10 years of water quality protection and restoration efforts in the Mispillion River watershed. The DNREC collected monitoring data at two stations in Abbott’s Mill Pond between September 2000 and August 2005. In one station, the geometric mean of the 22 samples collected over the 5-year period was 50 colony-forming units per 100 milliliters. In the other station, 16 samples showed a geometric mean of 53 colony-forming units per 100 milliliters. Since both were well below Delaware’s freshwater bacteria water quality standard, the DNREC removed the 25-acre Abbott’s Mill Pond (DE-210-L06) from the 303(d) List in 2006.

Along with reduced bacterial counts, biological surveys show positive water quality trends. Finding freshwater mussel species, such as the Eastern Elliptio, indicate both water quality improvement and fish presence (as fish serve as a host for the larval stage of the mussel).